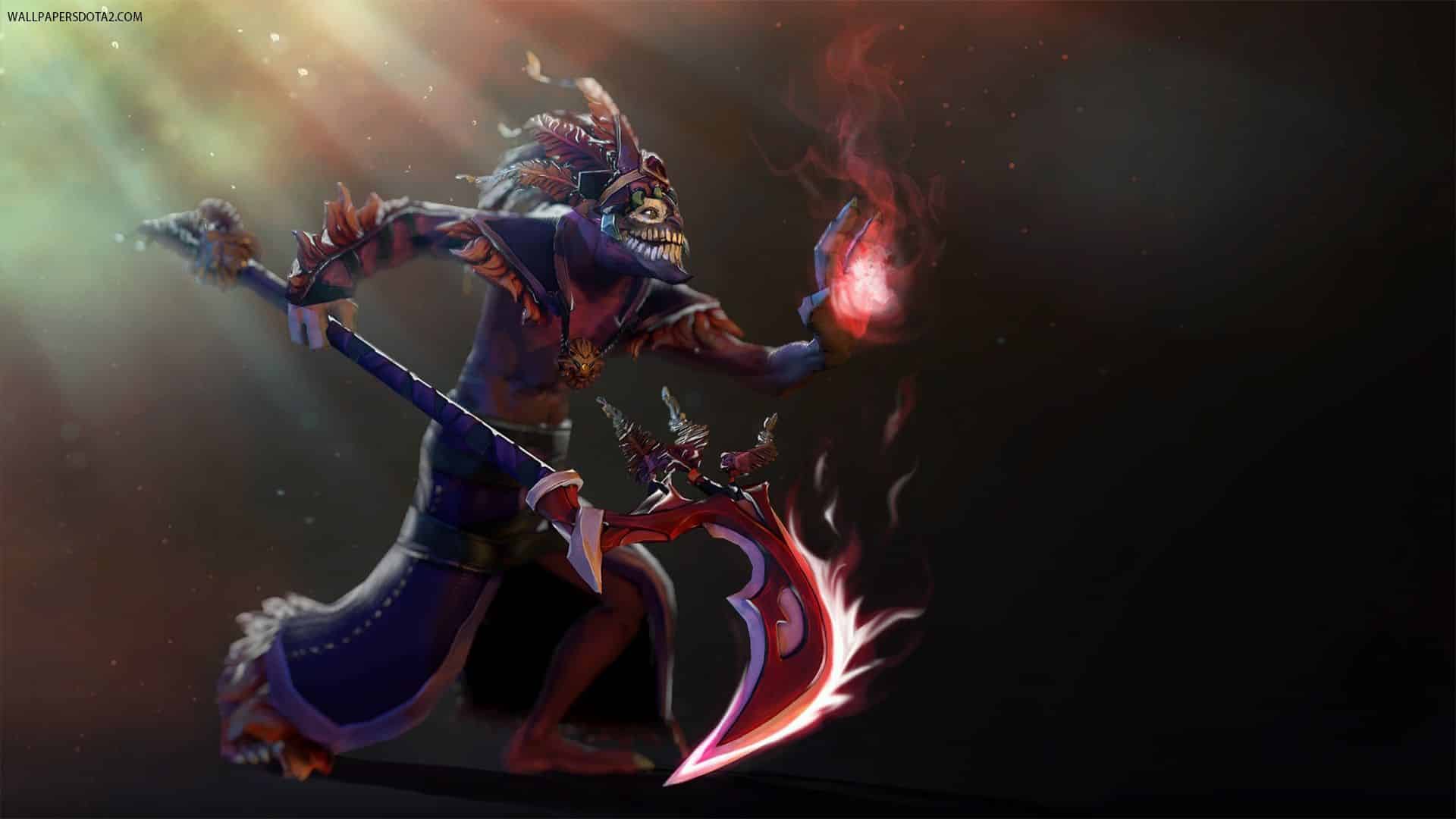 Here’s five support heroes we expect to see on the stage at ESL One Malaysia 2022.

ESL One Malayasia 2022 is the last big non-DPC event taking place just a couple of days from now. The tournament will include twelve teams competing for a massive $400K USD prize pool. This tournament will also provide teams the chance to test their skills before TI 11.

Valve hasn’t released a new patch yet, which means that we will have the chance to watch the same patch in Malaysia. Although most people are probably interested in the core heroes, this patch is pretty straightforward. There are a couple of top-rated midders and carries that almost every team goes for. Fortunately, this is not the case when it comes down to supports.

We know that many people are interested in this role, so let’s take a look at some of the most popular heroes we can expect at this event. Some teams might be innovative and pick something else, but the options you are about to see will appear at least a couple of times.

If you’ve checked some of the top heroes of the PGL Arlington Major 2022, you’ve probably noticed that Dazzle was among the best. This support has a lot of perks that make him really good in all sorts of scenarios.

Dazzle is notorious for being one of the few supports in Dota 2 that can also do a lot of damage. In fact, he can heal and do damage simultaneously, making him a unique option in many situations.

Of course, we also have to remember that Dazzle has an ability that can save an ally from death. It is usually used in conjunction with heroes like Huskar because they benefit from staying on low HP. However, the ability can also work for multiple other heroes.

Aside from everything mentioned so far, Dazzle is also special because his Poison Touch can hex enemies once he gets an Aghs shard. This is extremely strong because the hero can easily deal with some of the most annoying cores.

Marci is one of the newest and hottest supports in Dota 2 right now, especially after the hero becomes available in CM mode. Although most PUB players used the hero in the offlane and safe lane, Marci is also excellent support, and many pro teams have proven it.

Aside from the utility and the fact that she is not that easy to kill, Marci is also notorious for doing a lot of damage. In fact, she can single-handedly kill a squishy hero in seconds even if she doesn’t have a lot of items.

Since Marci is new in CM mode, we expect many teams to continue using her. Who knows, we might even see the hero in the safe lane.

Some people might think that Chen is not all support, which is true because he is technically a jungler. However, we’ve added him to this article because many teams have used him during the PGL Arlington Major 2022.

Chen has always been one of the hidden favorites in every meta. In fact, teams like Secret and Nigma Galaxy have used the hero even when he is not popular. Although he is a situational pick that can cause problems, his ability to gank, push and heal makes him incredibly powerful in the given meta.

Most teams that pick Chen in today’s meta do it because the hero allows them to take more team fights early on. He is often combined with the likes of Lycan or Beastmaster because he is excellent for pushing.

Tusk is not really as popular as the rest on this list, but this is a hero we had the chance to see a couple of times during the PGL Arlington Major 2022. With a 42% win rate, Tusk had some chances to shine, so it is very likely to see him in the upcoming ESL One Malaysia 2022.

Unlike other popular supports, Tusk is a notorious hero for his offensive capabilities. He can do a lot of damage early on and is capable of one-shotting squishy heroes, especially if he has a few items.

Another thing that makes Tusk a fantastic hero is his Snowball. Even though this ability does not seem that interesting on paper, it allows the hero to save his allies from death, as long as he uses it on time. There are tons of world-class Tusk players because the hero was very popular before. Even though he was away from the meta for some time, it seems like he is slowly coming back.

It is important to point out that some teams might use Tusk in the offlane or even in the safelane. Nonetheless, he is usually a support.

While we are on the topic of heroes that were extremely popular before but were slowly pushed away from the meta, we have to mention Earthshaker. There is no arguing that ES is one of the most impressive Dota 2 hero in pretty much every meta. No wonder people pick him in ranked games all the time.

ES’s peak was when he was paired with Morphling. The latter used his ult to copy ES and get access to Enchanted Totem. Unsurprisingly, this made Morphling incredibly strong, but the hero received a lot of nerfs.

Aside from this meta, ES has always been a hero on the radar, at least for some teams. His ability to chain stun and deal excessive amounts of damage made him a situational pick. In fact, ES is probably the best hero to use against cores that rely on illusions, clones or other units (PL, Broodmother, Meepo).

A quick look at the PGL Arlington Major 2022 shows that ES appeared in 31 matches and has a little over 48% win rate. The hero is not the best, but he has room for improvement, so we expect him to shine in the upcoming event.

Unsurprisingly, there are several other popular support heroes that we will probably have the chance to see. Winter Wyvern was among the most picked sups and even mid-laners in the Major, so the hero will most likely continue to dominate.

Snapfire and Enchantress are also two names that stand out. Both can deal absurd amounts of damage for supports.

Keep up with the action from ESL One Malaysia right here on ESTNN, where you’ll also find the latest esports news, Dota 2 betting tips, game guides and more!