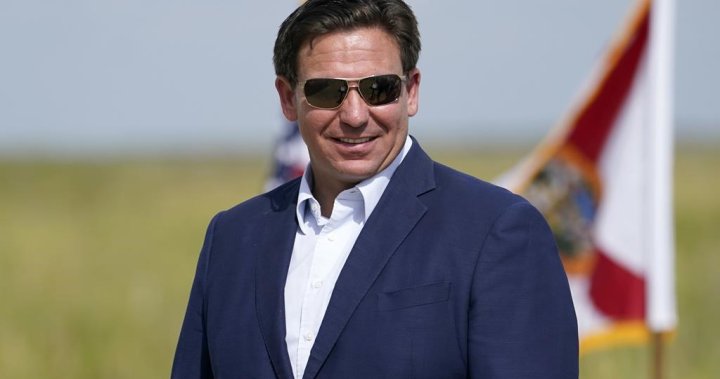 U.S. Rep. Charlie Crist won the Democratic nomination for governor in Florida on Tuesday, putting him in position to challenge Gov. Ron DeSantis this fall in a campaign that the Republican incumbent is eyeing as the first step toward a potential White House run.

In selecting Crist in the race for governor, Florida Democrats sided with a candidate backed by many in the party’s establishment who viewed him as the safest choice. The 66-year-old has already served one term as governor, running as a Republican at the time before gravitating toward Democrats. His moderate stances could appeal to voters in Florida’s teeming suburbs as Democrats seek to reverse a losing pattern in a state that was once seen as a perennial political battleground.

Crist defeated Nikki Fried, the state agriculture commissioner. She staked out a more progressive campaign and was particularly vocal in defending abortion and LGBTQ rights. The 44-year-old hoped to compete to become Florida’s first female governor. In a sign of the party’s meager standing in Florida, she’s currently the only Democrat holding statewide office.

But the race ultimately centered on the political future of DeSantis, who emerged from a narrow victory four years ago to become one of the most prominent figures in GOP politics. His hands-off approach to the pandemic and eagerness to lean into divides over race, gender and LGBTQ rights have resonated with many Republican voters who see DeSantis as a natural heir to former President Donald Trump.

DeSantis’ reelection effort is widely assumed to be a precursor to a presidential run in 2024, adding to a sense of urgency among Democrats to blunt his rise now.

The Florida contest concludes the busiest stretch of primaries this year. During the nomination process, Republicans from Pennsylvania to Alaska have supported contenders who embraced Trump’s lies that the 2020 election was stolen, an assertion roundly rejected by elections officials, the former president’s attorney general and judges he appointed.

And for the most part, Democrats have avoided brutal primary fights — with some exceptions. Voters in New York Tuesday night decided congressional primaries that featured two powerful Democratic committee chairs, Carolyn Maloney and Jerry Nadler, competing for the same seat and other incumbents fending off challenges from the left.

Democrats are entering the final weeks ahead of the midterms with a sense of cautious optimism, hoping the Supreme Court’s decision overturning a woman’s constitutional right to an abortion will energize the party’s base. But Democrats still face tremendous headwinds, including economic uncertainty and the historic reality that most parties lose seats in the first midterm after they’ve won the White House.

The dynamics are especially challenging for Democrats in Florida, one of the most politically divided states in the U.S. Its last three races for governor were decided by 1 percentage point or less. But the state has steadily become more favorable to Republicans in recent years.

For the first time in modern history, Florida has more registered Republicans — nearly 5.2 million — than Democrats, who have nearly 5 million registered voters. Fried serves as the only Democrat in statewide office. And Republicans have no primary competition for four of those five positions — governor, U.S. Senate, attorney general and chief financial officer — which are all held by GOP incumbents.

Democrats hope that Demings, who defeated a little-known candidate in her Senate primary Tuesday, can unseat the state’s senior U.S. senator, Republican Marco Rubio, this fall. But for now, the party’s national leadership is prioritizing competitive Senate contests in other states, including neighboring Georgia, Arizona and Pennsylvania.

Fried promoted herself as the only true abortion-rights supporter in the race, seizing on Crist’s appointment of two conservative Supreme Court justices while he was governor.

The conservative-leaning court will soon decide whether the Republican-backed state legislature’s law to ban abortions after 15 weeks is constitutional. Florida’s new abortion law is in effect, with exceptions if the procedure is necessary to save the pregnant woman’s life, to prevent serious injury or if the fetus has a fatal abnormality. It does not allow exemptions in cases of rape, incest or human trafficking.

Crist insisted he is “pro-choice” and highlighted a bill he vetoed as governor in 2010 that would have required women seeking a first-trimester abortion to get and pay for an ultrasound exam.

“It is a woman’s right to choose,” Crist told the AP. “My record is crystal clear. And for my opponent to try to muddy that up is unconscionable, unfair and unwise.”

DeSantis and Fried spent several hours together Tuesday morning during a Cabinet meeting at the Tallahassee statehouse. They kept things cordial during the hourslong event, which placed Fried seats away from the governor as they heard reports from agency heads on state finances, contracting and other matters.

DeSantis shook Fried’s hand as the meeting concluded and told her “good luck” before criticizing her campaign and predicting her loss in brief remarks to reporters.

“I think that you know she had an opportunity as being the only Democrat elected statewide to exercise some leadership and maybe get some things done and instead she’s used her time to try and smear me on a daily basis, that’s all she does,” DeSantis said of Fried.

After the meeting, Fried told reporters she thought the governor had scheduled the meeting as a way to sideline her during her final day of campaigning.

“Of course it’s not a coincidence,” she said of the meeting’s timing. “I think that he is scared of me winning tonight so he’s doing everything in his power to keep me off the campaign trail today.”

Peoples reported from Washington, Farrington from Tallahassee. Associated Press writers Anthony Izaguirre in Tallahassee and Marc Levy in Pittsburgh contributed to this report.