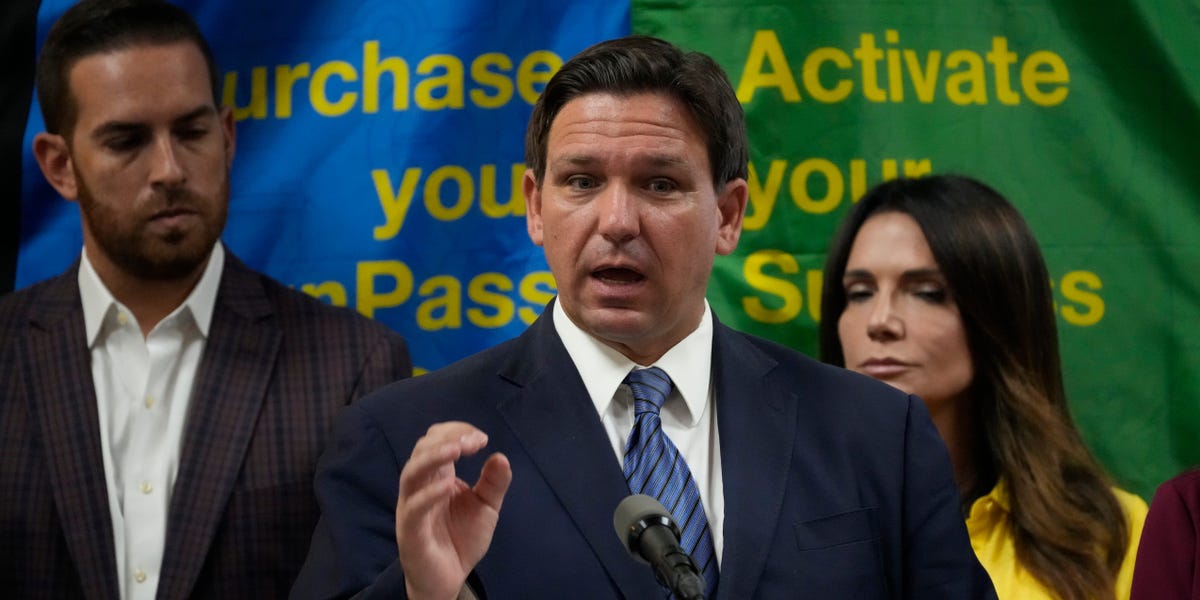 Florida officials and agencies used several tactics to lure migrants on a chartered flight to Martha’s Vineyard, including making a fake brochure that purports refugee benefits, according to a class-action lawsuit.

On September 14, 50 migrants, most of whom were from Venezuela, were flown in two chartered planes from Texas to Martha’s Vineyard as part of a political stunt by Florida Gov. Ron DeSantis to criticize border policies under the Biden administration.

Now, a group of those migrants is taking action against DeSantis and other state officials and agencies in a class-action lawsuit filed on Tuesday. Lawyers representing the migrants accused DeSantis and Florida officials of plotting an “illegal scheme” to “defraud vulnerable immigrants to advance a political motive.”

Part of that “scheme,” according to the lawsuit, was to make “false promises and false representations” of potential employment and housing, among other benefits, upon arriving on Martha’s Vineyard.

For example, just before they arrived on the island, migrants were given a “shiny, red folder” filled with “official-looking materials,” including a brochure titled “Massachusetts Refugee Benefits.”

The brochure contained misleading information on resettlement aid that, in reality, was not available for migrants seeking asylum in Massachusetts, as previously reported by Insider.

The lawsuit goes further by accusing DeSantis and other officials of fabricating the leaflet entirely.

“On information and belief, the brochure was manufactured by Defendants,” the lawsuit read, adding that it “echoed the type of false representation” that migrants were given by word-of-mouth, such as assistance with housing, food, and employment in the first 90 days upon arrival in Massachusetts.

A spokesperson for DeSantis did not immediately respond to a request for comment.

According to the lawsuit, the brochure also took language from an existing state program, the Massachusetts Refugee Resettlement Program, which none of the migrants were eligible for.

“This brochure was not prepared by the Massachusetts Office for Refugees and Immigrants, or any other Massachusetts agency or immigration services organization,” the lawsuit stated.

A representative from the state’s Office for Refugees and Immigrants did not immediately respond to request for comment.