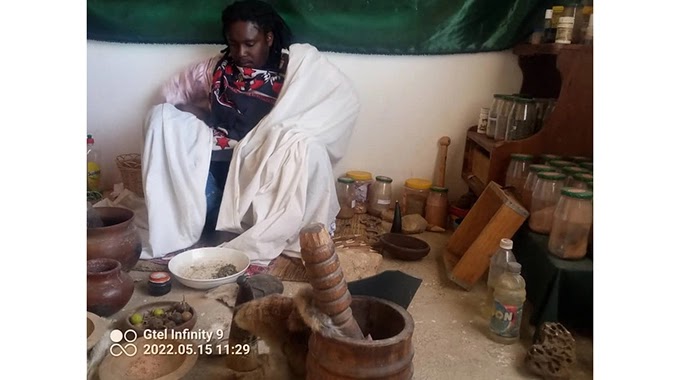 FORGOTTEN footballer, Lennon Tendai Chitsike, has turned
into a sangoma.

He is now known as Sekuru Shumba and is based in Southview.

The 36-year-old claims other footballers visit him seeking
help to boost their performances.

Chitsike said from 10 to 15 years he played for Black Aces
before joining Black Rhinos.

“After the death of my father, who was a traditional
healer, the spirit started to manifest in me, prompting me to start healing
people.

“I did not expect to be a traditional healer, l had passion
for football . . . l dreamt of becoming one of the greatest players.

“I used to play and seek for opportunities at several clubs
such as Black Rhinos Juniors, Black Aces, Globa, at a tender age and also
played in reserve teams,” he said.

Chitsike claims that he has the power to heal cancer.

“I have the power to heal cancer in its initial stages, to
mend broken marriages, help those who have committed crimes and to help
manjuzu.

“My power comes from ancestral spirits, l even go to
several mountains such as Gandachibvuwa and Manizechikapakapa in Chiweshe.

“Basically, I just use water, which l get from sacred
places and I respect African traditional religion,” he said.

Chitsike added: “I give other people juju, you can’t just
play soccer without a back-up.

“I also have the gift to cure those who are having mental
problems, vanomhanya mushini torapa.”  H
Metro