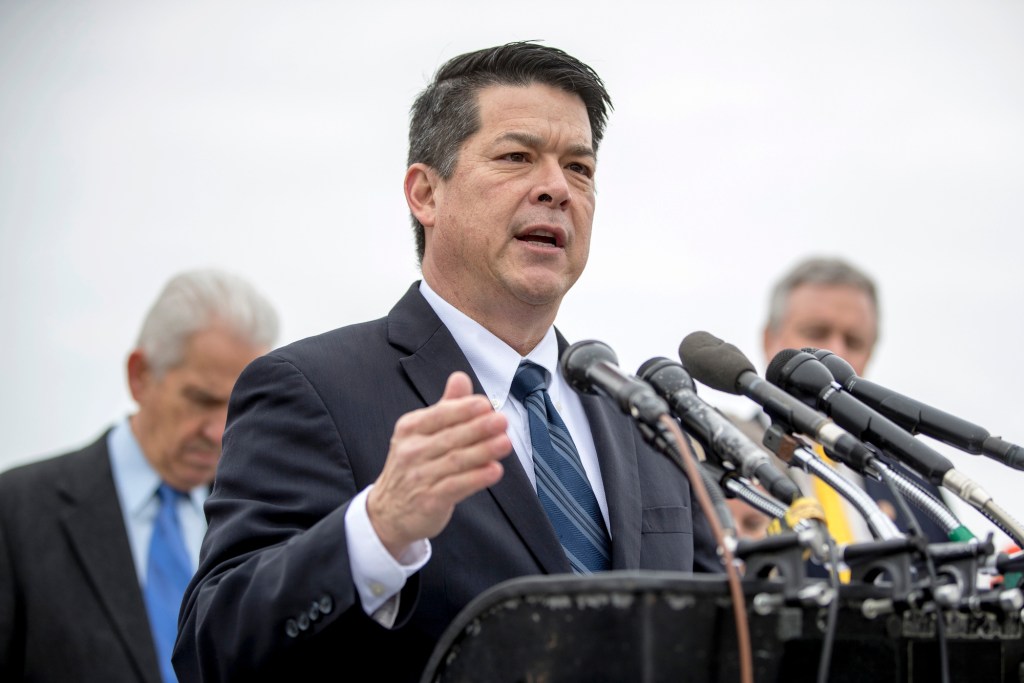 In 2018, Democrat T.J. Cox had the distinction of winning the closest congressional race in the country, an 862-vote squeaker over Republican incumbent David Valadao.

Cox, a Fresno businessman and developer, faced ethical questions during the campaign, including a controversy regarding his primary residence. (He claimed two of his homes for tax purposes, which is illegal, and repaid a $692 credit he received from Montgomery County, Maryland.)

Still, Cox managed to pull off one of the biggest upsets of the midterm election, capping a nationwide romp that delivered control of the House to Democrats and shrank California’s GOP congressional delegation to the size of a small dinner party — just seven members.

On Tuesday, Cox achieved a more dubious distinction. The former congressman was arrested by FBI agents and briefly jailed after the federal government unsealed an indictment accusing him of swindling at least $1.7 million from business partners and several companies Cox owned. Some of the money was allegedly used to help finance his 2018 campaign.

His arrest made national news. But the allegations weren’t a huge surprise to those in Washington and the Central Valley who were aware of Cox’s messy personal finances and the persistent questions surrounding his business operations.

During his one and only congressional term, he was dogged by other unsavory revelations: back wages owed to employees, nearly $145,000 in unpaid federal income taxes, and a lien for unpaid state taxes. In 2020, Cox narrowly lost his reelection bid to Valadao, owing in no small part to the negative headlines and bad odor that attached to the freshman lawmaker during his scant time in office.

More startling, and risible, was Cox’s response this week to his federal indictment.

“Politics is a tough game,” Cox said. “I wouldn’t be in this position but for the politics. I think we know that.”

The assertion is ridiculous on its face, unless one supposes the Justice Department under President Joe Biden has been weaponized for the purpose of going after his fellow Democrats, including those like Cox who have left office and are no longer particularly relevant.

Toting an airport carousel’s worth of baggage, Cox wisely opted this year against pursuing a rematch with Valadao. Instead, he endorsed state Assemblyman Rudy Salas, whom Democrats spent years trying to recruit as their best hope of claiming the Central Valley seat. Salas’ race against Valadao — one of just two Republicans who voted to impeach Trump and survived their primary — is considered among the most competitive in the country.

Cox is, of course, innocent until proven guilty. Facing 28 criminal counts and the prospect of decades in prison and fines exceeding $1 million, he is well within his rights to say whatever he thinks will benefit his case.

But there is something sordid and cynical about pandering to those who believe the worst about government and its institutions at the very moment a former president of the United States is leading a reckless assault and inviting violence against law enforcement agencies, including the Justice Department and FBI.

The bureau says it’s investigating an unprecedented number of threats against its personnel and property after the legal search for classified documents wrongly stashed at former President Trump’s Mar-a-Lago resort. The FBI also issued a joint intelligence bulletin with the Department of Homeland Security warning of violent threats against federal law enforcement, courts and government workers and facilities.

A good lawyer might win Cox’s case in court, or spare the ex-congressman extended jail time and a ruinous fine. But the best legal defense won’t salvage Cox’s reputation or preserve his personal integrity if he keeps making groundless and inflammatory accusations.

Especially in these dangerously fraught times.