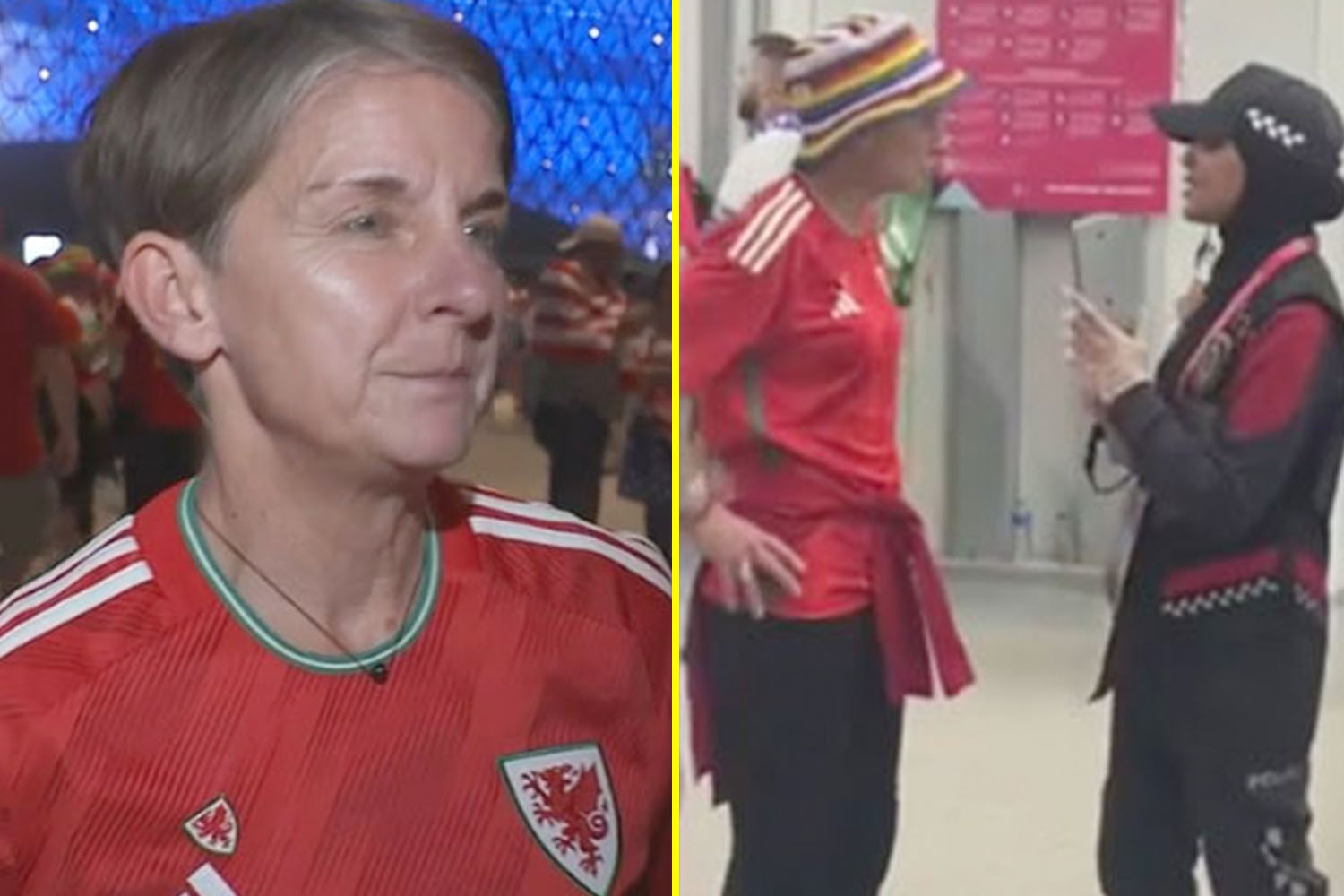 Former Wales Women’s star Laura McAllister has revealed the World Cup security team refused her entry to watch the match against USA due to her rainbow bucket hat.

The 57-year-old, who captain of the women’s national team says she was denied entry after being told it was a ‘banned symbol’.

McAllister, who was capped 24 times by Wales between 1994-1998, was queueing up to watch her nation play their first World Cup game in 64 years.

But she instead was forced out of the Ahmed Bin Ali Stadium due to wearing a rainbow bucket hat, which designed by LGBTQ+ football organisation The Rainbow Wall to promote equality and inclusion in football.

Her experience comes after FIFA condemned European nations from wearing ‘OneLove’ armbands in support of the LGBTQ+ community in Qatar, which reportedly could have resulted in captains being booked and punished with a one-game ban.

Commenting on her experience, McAllister told ITV: “Well we were aware while we were queueing up that there’d been some rumours about people wearing the rainbow bucket hat – it’s obviously a symbol of the LGBT Rainbow Wall in Wales – had their hats taken off them.

“So clearly I wasn’t going to take my hat off, I think some of the other fans were aware that was likely going to happen.

“And then when we got through security, some of the security guards said that we had to take the hat off.

‘Clearly, I wasn’t going to take my hat off… I pointed out FIFA had made lots of comments about supporting LGBT rights.’

“When I asked them why, they said, ‘because it was a banned symbol’, and that we weren’t allowed to wear it in the stadium.

“And I pointed out that FIFA had made lots of comments about supporting LGBT rights in this tournament, and said to them that coming from a nation where we’re very passionate about equality for all people I wasn’t going to take my hat off.

“But then they were insistent that unless I took the hat off, we weren’t actually allowed to come in to the stadium.

Despite the ordeal, McAllister had the last laugh after managing to sneak her hat into the ground against the odds.

She added: “But I think that I had a little moral victory in the fact that I managed to sneak it in and who knows I might even wear it during the game and see where we go from there.”

McAllister continued: “I think we’ve had plenty of warning that this wasn’t going to be a tournament where human rights, LGBT rights and women’s rights were going to be well respected.

“But coming from a nation like Wales, we were very keen that we still took a stand coming here.”

We’ll be broadcasting all 64 games in the tournament live, with over 600 hours of coverage across our network.

You can tune in to talkSPORT and talkSPORT 2 via our free online streaming service at talkSPORT.com.

talkSPORT is widely available across the UK via DAB digital radio and on 1089 or 1053 AM.

You can also download the talkSPORT app, or ask your smart speaker to play talkSPORT.