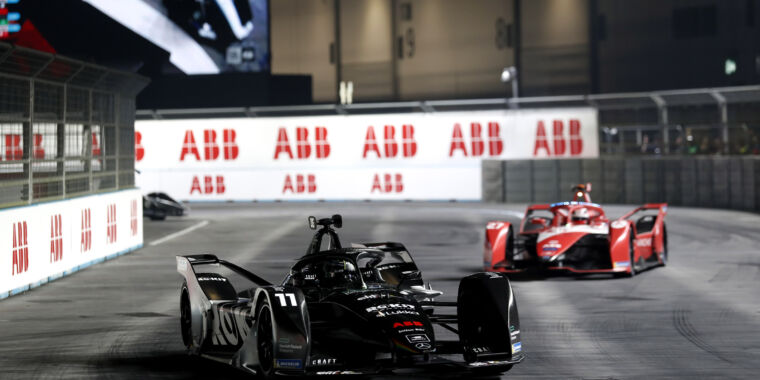 Formula E will close out its season this weekend with its first visit to Seoul, South Korea. It’s not just the end of season eight and the last race for the Gen2 electric race cars but also marks the series’ 100th race. The sport has come a long way since its first ePrix in Beijing in 2014, with more powerful cars, bigger batteries, and an ability to put on an exciting race at Monaco, something that Formula 1 hasn’t been able to say for several decades.

Lucas di Grassi was the winner of that first ePrix and has raced in every ePrix since. He’s still visiting victory lane, most recently in last Sunday’s London ePrix, and this weekend may score his 1,000th career point in the series. With a background in Formula 1 and then Audi’s mighty R18 e-tron Le Mans program, di Grassi knows his way around a race car. So he’s usually a good person to talk to about the future direction of the sport.

Next season the sport gets a new car, one that’s much more powerful—and lighter, too. But it’s not quite as bold, technology-wise, as the concept di Grassi lobbied for. Although that car has yet to even race in anger, the various minds that contribute to Formula E’s R&D road map are already thinking about Gen4. Since we had the chance to speak with the driver ahead of this week’s Seoul ePrix, I wanted to know his thoughts on where the sport should go next. As I hoped, he had plenty of them.

You’ve been pretty outspoken in the past about where you think the technical direction of the sport should go, particularly as road car EVs feature tech that has gone beyond what Formula E allows. Where do you think Gen4 should go?

“That’s a great question. For me, it’s very clear from the beginning where the technology road map goes, not only Formula E, but all the FIA [the organizing body for global motorsport], of everything—for me, they must be much more segmented in terms of which solutions are better for different series. Like, endurance racing should be focusing on car-relevant technologies. Formula 1 should have the most extreme power-to-weight ratio drivetrains. Then formula E—the most efficient engines ever. So for me, I would segment it much more and make sure that the manufacturers they want to develop and invest, do,” he told me.

“[The FIA] have a championship that can develop, and it can use some of that expertise to crossover to different series, but they don’t overlap. And at the moment, there is a lot of overlaps between endurance racing, Formula 1, Formula E. It’s that the regulations are not very clear. And I don’t think there is somebody giving really, really clear directions that that’s the way these championships are going to evolve, and that’s the technology that actually creates value for the manufacturer and for the fans and for the world in the long term. I think at the moment it is not an easy thing to do. And at the moment, I don’t believe the job is being done in the right way,” di Grassi said.