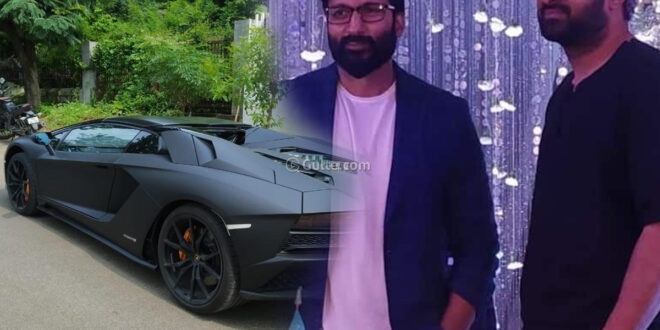 National Star Prabhas is good friends with actor Gopichand. Ever since the duo acted in Varsham, they became thick friends. On multiple occasions, both the actors revealed how much admiration they have for each other. They spend quality time together whenever they get some time amidst their busy schedules.

As per the sources, Prabhas reportedly met Gopichand the other day at the latter’s residence. Prabhas likes Gopichand’s younger son Viyaan a lot. So, he took some time out of his work to spend with the 4-year-old.

Prabhas’ Lamborghini is spotted at Gopichand’s residence the other day. During the promotions of Pakka Commercial, Gopichand opened up about acting with Prabhas again.

Gopichand revealed that he and Prabhas are always ready to act together but are waiting for the right story. UV Creations is very close to both the actors, and they earlier planned to bring the stars together for a film. We have to see if it happens anytime soon.