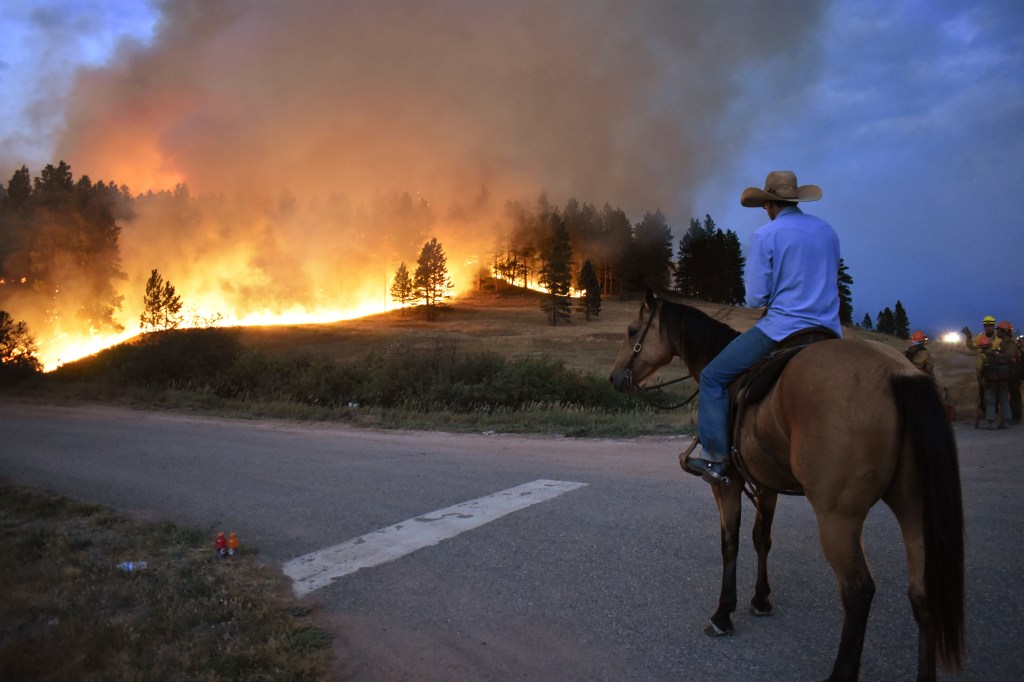 It was a disheartening weekend.

Afghanistan fell to the Taliban. In eight days. After a 20-year presence of U.S. forces, that left more than 2,400 American troops dead and thousands more injured. Not to mention the toll on Afghan citizens.

More than 1,300 people died in an earthquake in Haiti, which just can’t catch a break and even now is facing torrential rains from a new tropical storm.

Floods are hitting – it’s Texas now although so many places were flooded this summer it’s hard to keep up with where the latest sodden home and boat rescue photos are coming from.

A 7-year-old girl was a victim of Chicago shootings, and her 6-year-old sister was injured.

That’s all a dismal and only slight diversion from the COVID-19 surge being fed by the delta variant and the unvaccinated.

We can’t even find a bright spot or a bit of joy in the first day of school, which for many in Colorado is this week or the next. Because, you know, we’re arguing over policies and personal rights and teachers’ rights and masks and just generally setting a horrendous example for youngsters about how to resolve differences and build community.

Here is where I’m expected to make a point, give an opinion, offer a solution, chastise someone or something, be indignant. That’s so you, not so gentle reader, can make a counterpoint, agree with or discount my opinion, and chastise or scoff at me.

Instead, I’m wallowing in sadness.

I suspect I’m not alone.

It didn’t help that I just finished reading Edward Abbey’s “The Journey Home,” which resonates as much today as when it was published in 1977. It has always been billed as being about the American West and growth and the economy, but really it’s about values and choices. If only we’d listened.

He talks about decent housing, livable cities, nutritious food, protecting wilderness, curbing our appetite for energy and growth for the sake of growth. He talks about social justice. Yes, social justice. The lack of which, he writes, will intensify social conflict. He was a prophet apparently.

He wasn’t the only one. He cites “A Time to Choose: America’s Energy Future,” a 1974 policy study from the Ford Foundation. It came out during the first energy crisis when lines for gas led to talk of electric cars and solar energy. And strip mines and shale oil.

We did not curb our appetite for energy or growth, as it suggested we should. We did not move rapidly toward renewable energy sources.

What does this have to do with Afghanistan and Haiti and violence and the pandemic? Everything. Because we made choices about energy and American interests around the globe. We made economic growth the holy grail, and we mostly ignored social justice.

We certainly ignored climate change and heightened our reliance on fossil fuels. Now we seem startled that climate-related natural disasters are wiping out entire towns and killing people.

We went to Afghanistan to exact revenge, and then shifted toward helping Afghanistan create a government and its own security forces. Although we talked often about “getting out,” we stayed for two decades, spent more than $2 trillion and left the country to the Taliban. Which is where we started. Yet we are startled at how quickly things fell apart.

The $2 trillion would’ve covered much of the government’s pandemic response costs. Or it could have gone toward the development of renewable energy, mass transit, health care, education, housing. Humanitarian aid for Haiti.

We still could shift our focus to fulfilling such basic needs: a decent place to live, nutritious food, the ability to go to a doctor when we need to, clean air and water. And, Abbey would argue, protecting wild spaces where we can explore and rejuvenate.

The idea that we might not do so, that we are unable or unwilling to redirect away from our holy grail and learn from these powerful lessons, leaves me disheartened.

Sue McMillin is a long-time Colorado reporter and editor who worked for The Gazette and Durango Herald. Now a regular columnist for The Denver Post and a freelance writer, she lives in Cañon City. Email her at [email protected]