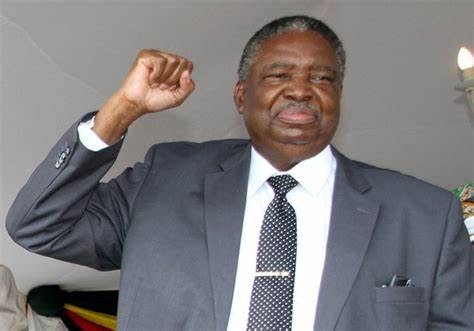 Former vice-president Phelekezela Mphoko has revealed how
the army seized Zimbabwe’s biggest platinum reserves, saying he was threatened
with dismissal by unnamed generals for questioning the deal while he was still
the country’s ambassador to Russia.

Mphoko was in Moscow in 2005 when businessman Elexander
Chepic paid him a visit, and expressed interest in a joint deal with the
Zimbabwe Defence ministry to mine platinum at Darwendale.

In a statement published by CITE, an online content
producer, the former VP who was removed from officer following the military
coup against the late Robert Mugabe in 2017, gave a glimpse of how some of the
government’s so-called mega deals are put together.

According to Mphoko, Chepic was referred to him by Retired
Colonel Tshinga Dube.

Mphoko said he raised the red flag after he uncovered that
the deal was murky, with the “investors” allegedly using the mine for
speculative purposes amid indications that there was no capital for the
project.

Army generals wanted him fired, only to be saved by Mugabe
until he was posted to South Africa in 2010, Mphoko said.

To date, the US$6 billion platinum mining project has
failed to take off and the Russian “investor” recently pulled out of the deal.

“They (Russian) requested that instead of Section 43,
Section 40 which was in Darwendale where the platinum reserves were found on
the surface and were worth more than US$6 billion dollars, should be allocated
to them,” Mphoko narrated the events leading to the deal in his exposé.

“He (Chepic) emphasised that if Section 40 was allocated to
them, by September of 2006, the company would be operational.

“The president (Mugabe) gave specific instructions that
whoever was there, should be removed and Section 40 be given to the joint
venture Russian company.

“This is how the Darwendale Platinum mine ended up being
allocated to the Russian company.”

Trouble started when Mphoko approached the Ministry of
Foreign Affairs of the Russian Federation for the relations to be upgraded, the
former VP said.

“In the meantime, some big Russian mining chief executives
were enquiring with the embassy because a Russian company was selling shares in
Zimbabwe, to raise capital for the project,” Mphoko wrote.

He added: “The ambassador decided to invite Mr Chepic for a
meeting for an explanation following revelations that they were now using the
concession for speculative purposes by selling shares to raise capital to
invest in Zimbabwe.

“Mr Chepic arrogantly refused to meet the ambassador and
informed him that he was dealing directly with their partners in Harare, the
minister of Defence and the army.”

At the time, Mphoko said he had gathered information that
there was a push to have him removed from foreign service.

“When Ambassador Mphoko insisted on meeting Chepic, there
was a push from Harare that he should be withdrawn from Moscow.

“Vice-president Joseph Msika (late) was roped into the
campaign and was assigned to convince President Mugabe to replace Ambassador
Mphoko.

“The minister of Defence Dr Sydney Sekeramayi was putting
pressure on Foreign Affairs minister Mumbengegwi, and the generals were also
putting pressure on Joey Bimha the permanent secretary in the ministry of
Foreign Affairs for the withdrawal of Mphoko from the Russian Federation.

“Ambassador Mphoko was then summoned to Harare as the
pressure had reached an alarming level.

“President Mugabe was very clear as to why there were such
calls for the withdrawal of Ambassador Mphoko coming specifically from the
Ministry of Defence.

“The president had received certain facts about the said
Russian company directly from the Russian prime minister’s office, which was
then under Vladimir Putin.

“President Mugabe confronted Vice-President Msika, with
those facts and dismissed the calls for Mphoko’s recall.”

According to a report by the Centre for Natural Resource
Governance, Russia’s Machitskiy’s Vi Holding, which has a 50% stake, is
reluctant to continue investing after years of delays.

Darwendale, if built, could potentially produce 860 000
ounces of platinum group metals a year and the deposit could be exploited for
four decades, Great Dyke has said.

Output was initially expected to begin in 2021, but Russian
links and a lack of capital aren’t the only things that have delayed the
project. Standard