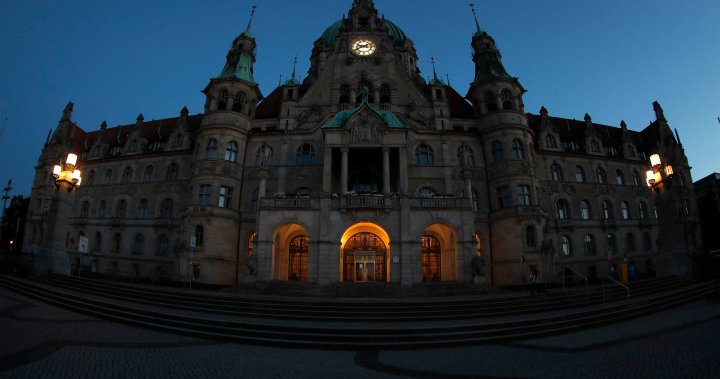 Germany will keep exporting electricity to neighboring France despite calling on people to help fend off winter shortages and a potential European energy crisis by saving energy at home, officials said Wednesday.

Problems at French nuclear plants have driven up electricity prices there in recent months, prompting power companies in neighboring countries to sell excess energy to France.

“Only half of France’s nuclear power plants are operating,” said Patrick Graichen, Germany’s deputy economy and energy minister. “That’s why we, as well as the Italians and others, are all basically exporting to France. That’s the way the electricity market is in Europe.”

It’s another sign of the energy crisis gripping Europe.

Both natural gas and electricity prices have hit record highs, with power costs ballooning as Russia reduces gas flows to Germany and other countries and renewables and nuclear contributing less to the power mix lately, analysts at Rystad Energy said.

High energy prices are driving inflation and fueling the prospect of a recession in Europe.

Even precious natural gas, which Germany is trying to conserve for the winter heating season in case Russia cuts of supplies entirely, is being burned in large volumes to produce electricity for export to France.

“We can’t say that our gas power plants in Germany won’t export to France anymore unless we want to bring their entire European electricity market to a standstill,” Graichen said.

Government spokesman Steffen Hebestreit said there were no plans to stop this practice, citing the need for European solidarity.

“That’s the way the European electricity market is set up and it could equally be the case, if we look to autumn and winter, that we might be grateful if others can help us out,” he said.

Meanwhile, the German Cabinet approved a series of measures Wednesday designed to reduce energy consumption, including restrictions on heating private pools and a cap of 19 degrees Celsius in public offices. Shops will also have to close their doors in winter to conserve heat, while illumination on advertising and public buildings has to be switched off at night.

France, Spain, the Netherlands and other countries also have passed similar measures to conserve natural gas amid Russia’s decision to slash the flow of gas through its Nord Stream 1 pipeline to 20 per cent of normal volumes.

While Russia has claimed the cut is due to mechanical issues with the pipeline, Western officials have said the decision by Canada to return key turbines to Russia for the pipeline called that country’s “bluff” and clearly show the Kremlin is choosing to weaponize energy over support for Ukraine.

They don’t even have the guts to say ‘we are in an economic war with you’,” German Economy Minister Robert Habeck said last month.

Germany supplying electricity to neighboring countries is part of a “stress test” study due to be published next week that could determine whether the government decides to extend the operating licenses for Germany’s three remaining nuclear power plants.

This would defer the country’s long-standing plans to end the use of nuclear power this year.

“In principle, the nuclear power plants could suck a bit more out of their fuel rods, so to speak, in January, February and March,” Graichen said. “But after that there won’t be much more left.”