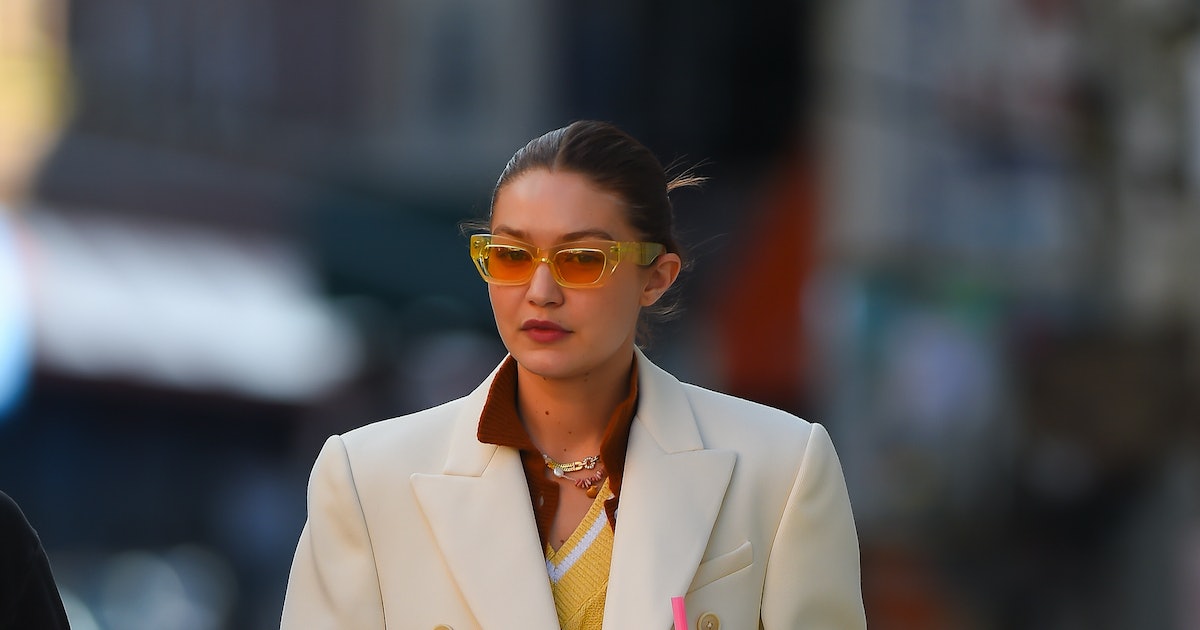 Gigi Hadid has mastered the art of high-low dressing. Her closet may be overflowing with designer labels like Alberta Ferretti, Versace, and Altuzarra, but she’ll smartly pair pieces from these brands with more budget-friendly finds from the likes of Franco Sarto, Reformation, and Mango. Hadid doesn’t limit her fashion tastes to just the luxe details — she’s a purveyor in “wear whatever you like.” Therefore, she has a habit of wearing super relatable and often affordable items. Case in point: Hadid debuted H&M x Ib Kamara’s outfits via her Instagram story. (An acclaimed British stylist, Kamara is currently the senior fashion editor at large of i-D magazine.) She was one of first people to get her hands on the new collab between the two as it doesn’t officially launch until Dec. 9.

The model showed off three stylish looks from the fresh collab on her social media page. First, she wore a white vest with matching pants and a cutout blazer. Then, she swiftly changed into a pink, backless sequin dress, which offered her fans a more New Year’s Eve-appropriate party look. Finally, she ended the try-on segment with a voluminous runway-ready neon green polka dot dress complete with a waist-accentuating black belt. So far, it seems like Hadid’s fans and her fellow fashion aficionados are obsessed with the H&M x Ib Kamara pieces. Spanish singer Rosalía, for example, left a red heart emoji under Hadid’s Instagram post while supermodel Helena Christensen commented with a sequence of multi-colored hearts.

Fans will quickly note that this is not the first time the model has supported (or worn) H&M. Back in June 2021, Hadid stepped out for a stroll in a full H&M x Brock Collection outfit. A couple of months later, during New York Fashion Week’s Spring/Summer 2022 season, the model attended the Moschino by Jeremy Scott show in a full H&M Studio look, which consisted of a violet denim bodysuit and a matching pair of cargo-style jeans.

Considering that Hadid teased a yet-to-be-released collab, one can expect that people will be lining up — virtually or in-person — to shop the model-approved garments once the collection officially drops. For those who can’t wait that long to recreate Hadid’s holiday party looks, shop similar pieces to the ones from the video, ahead.