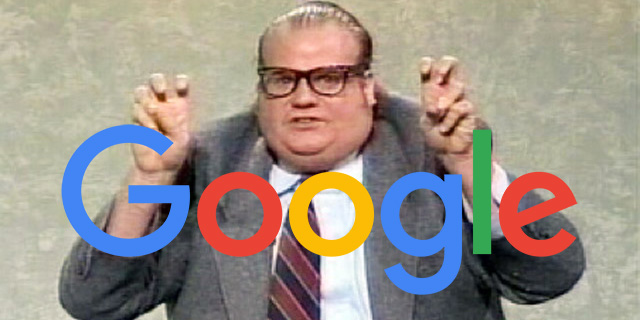 Google announced it has changed how it displays search results for queries that use queries. The search snippet will now display the portion of the page where the quotes match, so the searcher knows where to look on the page when clicking through to the URL.

Google’s Yonghao Jin wrote “Now we’re making quoted searches better. The snippets we display for search results (meaning the text you see describing web content) will be formed around where a quoted word or phrase occurs in a web document. That means you can more easily identify where to find them after you click the link and visit the content. On desktop, we’ll also bold the quoted material.”

Here is the example Google gave, “if you did a search such as [“google search”], the snippet will show where that exact phrase appears:”

Google did not always, but I think often, did this for searches, but now seems like Google will always do this.

Google explained this was done based on searcher feedback. The feedback “that people doing quoted searches value seeing where the quoted material occurs on a page, rather than an overall description of the page. Our improvement is designed to help address this,” Google added.

I see the number of responses Danny Sullivan of Google has to do on Twitter related to quoted searches, so I suspect it will help him with his job???

Quote searching is a great power user tool, but it was hard for some to know where exactly we found quoted terms in a web page. Now our snippets make this clearer. Super excited about this launch. https://t.co/5mc2aczfRq

Note: There are no ranking changes with this, just the interface of the search results will change to bold the text in the search snippet.

If the quoted text is blocked from being indexed by Google, Google won’t show it:

I don’t expect we’d show it since that directive is not to show in a snippet.

If the text appears in more than one spot, Google will select one of those two spots, but which one depends on factors:


(2) Pages may have changed since Google last visited them. While Google revisits pages across the web regularly, they can change in-between visits. This means quoted material might appear on a page when we saw it, but it no longer exists on the current page. If available, viewing the Google cached copy may show where the quoted content appeared on the version of the page we visited.


(4) Punctuation is sometimes seen as spaces. Our systems see some punctuation as spaces, which impacts quoted searches. For example, a search for [“don’t doesn’t”] tells our systems to find content that contains all these letters in this order; don t doesn t.

(5) Snippets might not show multiple quoted terms. If a search involves multiple quoted terms, the snippet may not show all of them if they are far apart from each other. Similarly, if quoted material appears several times on a page, a snippet will show what seems to be the most relevant occurrence.

(6) We mainly bold quoted content for web page snippets on desktop. Our new bolding of quoted content generally only works for web page snippets on desktop. Bolding won’t appear in snippets for a recipe or video boxes, and it also won’t appear when using some special modes such as image or news search. However, anything listed in these boxes or special modes will contain the quoted terms. Bolding also doesn’t work for mobile results.

(7) Quoted searches don’t work for local results. Quote restriction does not work for results in our local box where listings usually appear with a map; we’ll be looking more at this area in the future.