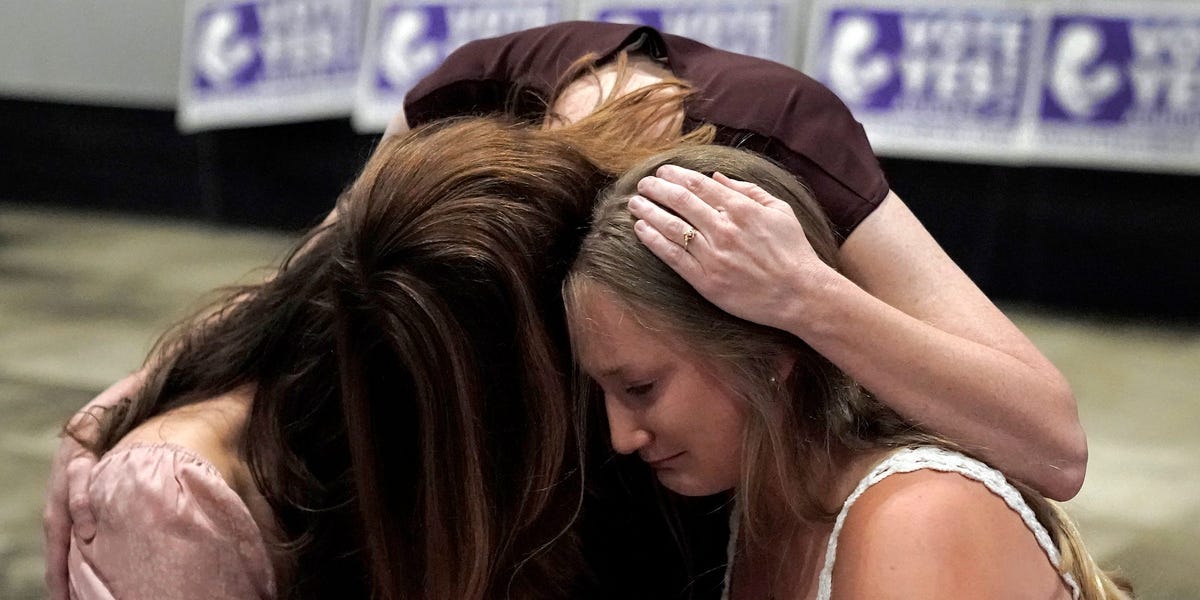 Republican political strategists have a message for GOP candidates in the face of the surprise high voter turnout that showed up in Kansas during Tuesday’s primaries to protect abortion rights: Keep your focus on pocketbook issues, and stay out of the abortion debate.

While the resounding vote in Kansas has lifted Democrats’ spirits — Politico Playbook on Wednesday morning dubbed it an all-caps “POLITICAL EARTHQUAKE” — Republicans are still mulling over what the vote will mean for their desired majorities come November. So far, they’re banking that economic concerns such as inflation and high gas prices will still win the day.

“I think there are a lot of phone calls going on today, among strategists in each party, about, ‘What the Hell did you make of this? And, ‘What are the consequences?’ I don’t think we know yet,” said David Gergen, a political commentator who served under Presidents Richard Nixon, Gerald Ford, Ronald Reagan and Bill Clinton. “I think we know there is a possibility that these social issues could be a driving force in a race much more than was assumed before Kansas.”

The vote in Kansas represented a major test for the anti-abortion cause following the Supreme Court’s ruling in June to overturn Roe v. Wade, the 1973 decision that previously guaranteed a national right to abortion. Susan B. Anthony Pro-Life America, an influential national anti-abortion organization, wrote in a release that the vote “underscores the stakes for pro-life Americans.”

With its June ruling, the Supreme Court turned the legality of abortion to the states. While Kansas was the first state to put the issue directly before voters, it won’t be the last: In November, Kentucky will vote on a similar measure that rejects the right to abortion, and two blue states, California and Vermont, will vote on amendments to enshrine the right to abortion in their state constitutions.

“Kansas voters gave the pro-choice movement a resounding victory,” Sarah Isgur, a former Trump Justice Department spokeswoman and deputy campaign manager for 2016 GOP presidential candidate and businesswoman Carly Fiorina, wrote in the Dispatch. Isgur sent the column she co-wrote to Insider when asked to evaluate how the Kansas vote affected the midterms.

“Clearly the ballot drove the high turnout,” she wrote in the column.

But what isn’t yet clear is to what extent voters will elevate the issue of abortion when weighed against other factors. Many Republican strategists are betting that voters will punish Democrats over high costs in November, and maintain that they should avoid the topic of abortion altogether.

“My advice would be for Republicans to stick with their winning messages about the runaway costs of inflation and energy costs and continue to largely avoid discussing the abortion debate,” agreed Ron Bonjean, a former spokesman for Republican leaders in the House and Senate.

That appears to have been the strategy so far. As of yet, Republicans in Congress have not unified behind what types of abortion bans they’ll pursue nationally if they win a majority in the House or Senate.

“Democrats want to give the Kansas vote a bigger meaning, but the fact of the matter is an issue referendum does not translate into a candidate battle on the ballot,” the GOP political consultant told Insider. She predicted that House Republicans would still pick up more than two dozen seats this fall by hammering incumbent Democrats on inflation, public education, and immigration.

“High gas prices are still going to drown out Democrat base talking points,” Davison said. “That will be what drives voters when they go to the polls in November.”

Polling shows that US voters have mixed perspectives about abortion. Most voters want abortion legal, but also don’t support abortions later in a pregnancy. Abortion exceptions for rape and incest are popular.

“Most voters don’t want extreme changes one way or the other on abortion,” said Terry Sullivan, founding partner of the consulting firm Firehouse Strategies who managed the 2016 presidential campaign for GOP Sen. Marco Rubio.

A total of 55% of voters say access to abortion is “very important” to their vote in November’s midterm elections, according to a survey released Tuesday by the Kaiser Family Foundation.

But the poll also found that voters rank inflation ahead of abortion — and above gun violence and healthcare costs — as the top issue. And 53% continue to say the Supreme Court decision has “not made a difference” in their motivation to vote.

Tony Fabrizio, a Republican pollster for former President Donald Trump, called Tuesday’s results a “propping up of what was faltering Democrat vote enthusiasm.”

Michael McAdams, communications director for the National Republican Congressional Committee, called record-high prices the “No. 1 issue in every competitive district.”

But some Republicans were decidedly defeated by the vote. GOP Sen. Roger Marshall of Kansas lamented Tuesday’s outcome in a five-part Twitter message, calling it an “enormous blow” to anti-abortion efforts in the Jayhawk State.

“Words could never express the sadness and emotion myself and many Kansans are feeling after the Value Them Both amendment was not adopted,” Marshall wrote late August 2. “This is an enormous blow to efforts to protect the sanctity of life in Kansas.”

One “pretty obvious message,” Gergen said, is that people will vote on the abortion issue.

“We weren’t sure they would, and the early signs when people have actually gone to the ballot box in a conservative state are encouraging for the Democrats — and in like measure they’re concerning for Republicans,” he said. “If you get two or three Kansases sort of knitted together in some fashion, the whole narrative begins to change that this could be much more of a jump ball.”