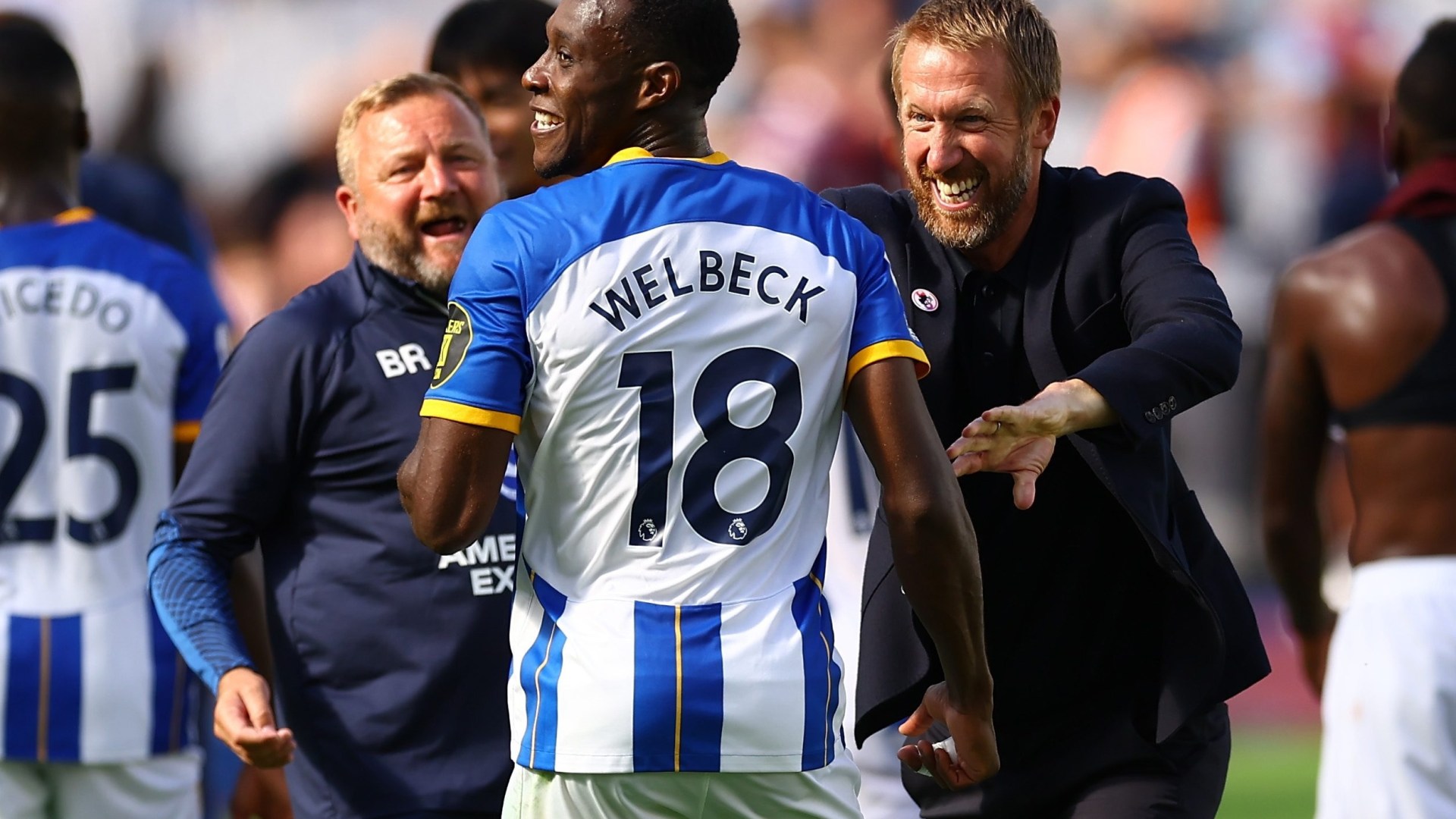 Brighton development coach Steve Sidwell thinks Chelsea are getting a gem of a coach if they appoint him as Thomas Tuchel’s replacement.

Tuchel was fired in the aftermath of Chelsea’s loss to Dinamo Zagreb in the Champions League, with Potter the frontrunner to replace him.

talkSPORT understands the Blues are confident that owner Todd Boehly will be able to name the Englishman as his first managerial appointment since taking over the side earlier this year.

Potter, 47, is in his fourth season as Seagulls boss, impressing last season when he secured ninth-placed Premier League finish, the club’s highest in the football pyramid.

Joining from Swansea in 2019, the former Southampton defender has had a fascinating career trajectory in management, taking Swedish side Ostersund from the fourth tier to the top flight and Europa League before returning to England.

Now he appears to be set for another jump to Stamford Bridge, with his fellow coach and former Chelsea midfielder, Sidwell, explaining why Potter is ready to make the step up.

Speaking of the mental side of his management, Sidwell explained: “It’s more on a confidence level, a trust. He listens to his players, and the players trust the process as well.

“His emotional intelligence is by far the best I’ve ever seen in terms of his reaction and interaction with players.


Ex-Spurs starlet, who reminded Poch of Messi, gets goal and brilliant assist in UCL

“His tactical awareness in the game and the way his teams set up is phenomenal as well. I think all round, a coach, and as a person, he fits the bill.

“The emotional intelligence that he has In terms of coaching-wise, but also that little arm around the shoulder, that little walk from the training ground out to the pitches, the golden nuggets, the little sprinkles that he just drops. He just picks players up.

“I spoke to Adam Lallana and Danny Welbeck the other day after the Leicester game, they just raved about him. They said their workload, trusting the process, the days off, it just picks players up. It makes the players trust the manager. And when you’re confident as a player, you feel like you can go out and do anything.”

Sidwell himself made a similar jump up to the one Potter is likely to make, swapping Reading for Chelsea as a player in 2007.

The former midfielder knows the pressures will be different for Potter, and he’s also going into an environment with a very different management structure above him.

A change in ownership has brought some instability at Chelsea, which Tuchel often commented on, and Sidwell thinks Potter will have to be careful.

“He hasn’t got that pressure on his head from the owners at Brighton, although he would demand that of himself to win games week in, week out.

“If he does go there, he’s gonna get tested. He will get tested to the point where he’s spinning probably more plates currently than what he’s doing.

“You look at his job at Brighton and it’s all aligned at Brighton. You’ve got Tony Bloom, fantastic owner, Paul Barber below him, Dan Ashworth, when he was there, the recruitment.

“That left Potts to really concentrate and do his coaching and just concentrate on preparing for games.

“Now is going to Chelsea where you have to say at the moment it’s not aligned, from the owners down technical directors, football directors, the recruitment, even the academies are a different kettle fish.”