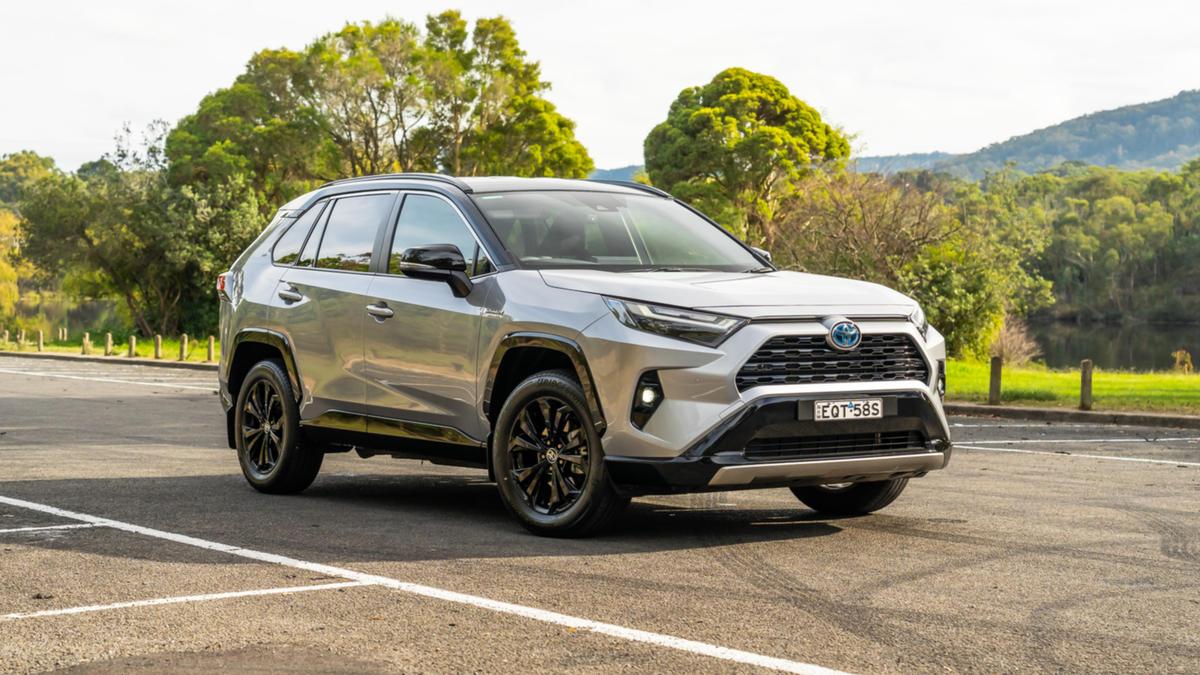 Greenpeace East Asia has ranked the world’s biggest carmaker Toyota dead last in a new report detailing the efforts of major auto brands to reduce their emissions, saying it’s stuck in the past with its devotion to hybrids and fuel-cell hydrogen cars.

Its Auto Environmental Guide 2022 is billed as a “comparative analysis of decarbonisation efforts by global auto-makers” – looking at their EV sales, phasing out of combustion vehicles, and cleaning up their supply chains.

The report looked at 10 major carmakers, all of which have their own sub-brands. General Motors, Mercedes-Benz and Volkswagen lead the pack; Ford, Hyundai-Kia, Renault and Stellantis sat in the middle tier; and Nissan, Honda and Toyota were labelled failures.

Coinciding with this report, Greenpeace Australia Pacific released its own report which it claims “exposes Toyota’s track record of lobbying against measures to reduce climate pollution from vehicles, greenwashing and advocacy for fossil-fuelled hybrid vehicle technology”.

It cites an InfluenceMap report that put Toyota among Exxon Mobil and Chevron as the most influential negative climate lobbyists globally.

Toyota has previously been criticised by Danish pension fund AkademikerPension, a shareholder, for its obstructionist lobbying efforts against electric vehicles. The company has also been accused of asking US lawmakers to reconsider an all-out EV push there, as per the New York Times, partly down to its commitment to hydrogen fuel-cell and hybrid cars.

Greenpeace also believes Toyota Australia – which dominates the local market with more than 20 per cent market share – might seek to slow Australia’s EV rollout by lobbying the Federal Government as it shapes its overdue emissions reduction scheme.

It cited a recent story that accused the car brands’ peak body, the Federal Chamber of Automotive Industries, of seeking to soften CO2 reduction targets to make them easier for car-makers to meet, which we’ve detailed here.

Far and away Australia’s biggest car brand with north of 20 per cent market share, Toyota won’t launch its first full EV until 2023, in the form of the (delayed) bZ4x SUV which it concedes will be expensive and limited in supply.

“Australia is at a crossroads in its electric vehicle transition, as the Albanese Government considers the introduction of fuel efficiency standards.

“Greenpeace Australia Pacific believes, based on our research into Toyota’s international track record of lobbying against regulation of vehicle climate pollution, that there is a strong risk Toyota will work to weaken and slow Australia’s transition to cleaner, safer electric vehicles.”

Toyota has indeed been slow off the market with its BEV rollout after getting the jump on rivals with its hybrid Prius, although it made a U-turn last December, whipping the covers from an entire range of physical electric concept cars, SUVs and commercials.

The world’s biggest carmaker now plans to offer 30 electric models globally by 2030 in passenger and commercial segments. That’s beyond the 15 by 2025 it pledged earlier last year. The company is targeting 3.5 million annual electric sales by then – hydrogen and hybrid not included – up 75 per cent on its existing target.

Just last week it said it would tip $5.6 billion into making more EV batteries in the US and Japan, including increased capacity at a recently-announced plant in North Carolina.

Naturally, Toyota Australia pushed back on allegations that it was a CO2 pariah.

A fired-up and admittedly “frustrated” Toyota Australia vice president of sales and marketing Sean Hanley pushed back on this narrative when we spoke with him last week.

“I’ll start by saying something that our global president said a number of times, which I completely agree with: carbon is the enemy here,” he told us.

“My response to Toyota [being] perceived to be lagging is one of somewhat frustration at times, because we’ve sold over 230,000 hybrid vehicles in the Australian market since October 2001. I think that we’ve played a significant role in those 22 years to reduce our carbon footprint in the Australian domestic market.

“Carbon’s the enemy, not a particular powertrain. I remember when we launched the first hybrid and let me tell you, we were the only car company that’s been consistently in the market for those years… no one else was doing it. One other car company, one other car company had a go [being Honda].

“In fact my recollection is that people thought hybrid was a fad. So to suggest that we are behind is actually an incorrect statement. We’ve led that race in this country for 22 years, right? In a practical sense.

When we put the case to Mr Hanley that Toyota’s long-running hybrid leadership made its undeniably sluggish EV rollout all the more jarring, he leaned on the company’s long-standing view that a diverse range of drivetrains would be needed to make sure nobody is left behind.

“There’s not too many other car companies with a fuel-cell hydrogen car riding around right now, we’ll launch our first battery-electric vehicle into the market next year, we’ve got hybrid vehicles, we’ll have plug-in hybrid vehicles.

“The point is we believe that carbon’s the enemy and to get carbon neutrality, you’ve got to offer a diverse range of technologies relevant to the market that you are in,” he contended.

“Otherwise I don’t think you can get there that quick, because the Australian market’s very different. We want carbon neutrality, we want to get down to zero emissions, but you’ve got to do it in a practical and well thought out way.

“So my message to those that are saying we’re lagging: we don’t agree with that. But what I will say, is as an industry, [including] associations affiliated with our industry, and lobby groups, [we] need to come together and agree on a direction because we all know that carbon neutral is where we want to go.”

It’s clear Mr Hanley is referring in part to a growing disconnect between the Federal Chamber of Automotive Industries, car industry’s current peak body, and the newer EV Council that claims we need to ban new internal combustion cars by 2035 to get to net zero by 2050.

Mr Hanley added his view that any mandatory enforcement of technologies that wasn’t fully thought-out would leave people behind, suggesting policies that work in Europe or parts of the US (where new ZEVs will be mandatory by 2035) might not work for Australians.

“…I’ve always been taught in my years of business, the customer comes first, and I don’t think anything’s changed here in this regard. How are you going to go and tell all those farmers they’ve got to have battery cars that aren’t practical or don’t work for them or cost a fortune?

“Our job is to bring this technology to market in a practical way that delivers on carbon neutrality and is still fit for purpose.”

According to FCAI-supplied data, Toyota is the lowest CO2 emitter per car when it comes to passenger cars and light SUVs, but performs far less well with its bigger-selling heavy 4x4s and commercial vehicles that dominate in Australia’s regions in particular.

Australia, for example, is the world’s biggest market for the LandCruiser, and the HiLux diesel ute is the market’s top-selling vehicle.