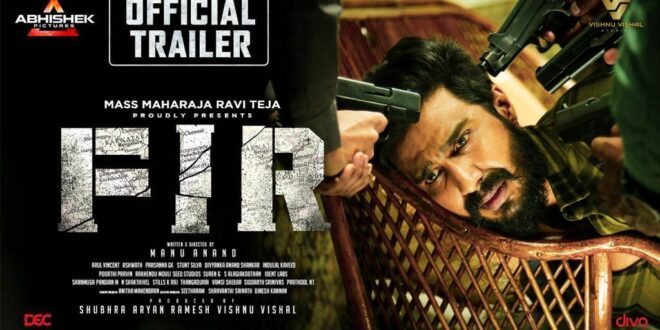 Going by the trailer, FIR is a film about anti-terror operations. One ordinary man played by Vishnu Vishal is framed as a terrorist. He is antagonized and alienated  by the entire society. Instead of suffering silently, he turns a Rebel and carries out what is single worst act of terrorism the World has ever seen.

The trailer is gripping and has the Suspense quotient in it. The terror activities and anti-terror operations are exciting. The final build up about the single worst act of terrorism the world has even seen will keep the audience interested. The trailer does its job perfectly one should say.