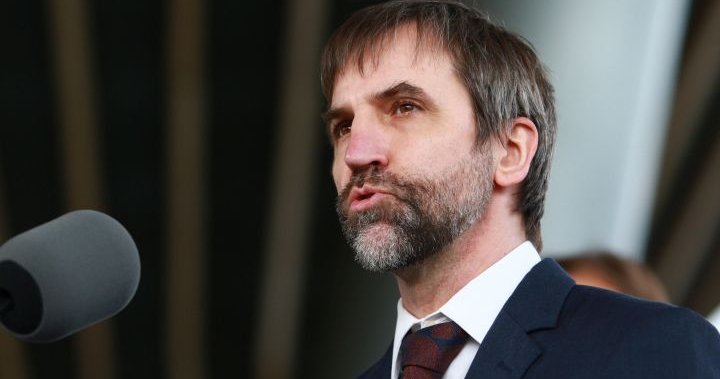 Federal Atmosphere Minister Steven Guilbeault has written a letter to his Alberta counterpart to right what he calls errors in Jason Nixon’s current newspaper column.

Earlier this week, an Alberta newspaper revealed an op-ed by Nixon by which he known as the brand new federal plan to scale back greenhouse fuel emissions “insane.”

In his letter, despatched Friday, Guilbeault says Nixon misinterpret a graph and obtained his information mistaken.

“I wish to right the report on what this plan does and doesn’t do,” he writes.

He backs that up as regards to numbers pulled from the federal doc. He writes they show the federal plan is an try to scale back oil and fuel manufacturing and financial exercise in Alberta that might destroy the province’s high quality of life.

That’s not what the numbers say, wrote Guilbeault.

The reductions Nixon factors to refer as a substitute to the variations in projected manufacturing with and with out the emissions discount plan. The plan truly permits the oilpatch to extend output, he stated.

“Oil manufacturing might develop by about a million barrels per day and emissions would stay aligned with Canada’s 2030 aim of 40 to 45 per cent reductions relative to 2005. The plan is concentrated on chopping the emissions.”

Guilbeault factors out the course is shared by business teams such because the Oilsands Pathways Alliance, a coalition of main oilsands producers.

Nixon stood by his feedback Friday.

“A manufacturing minimize under projected development continues to be a minimize,” he stated in an electronic mail by way of his spokesman, calling the emissions caps a “masquerade.”