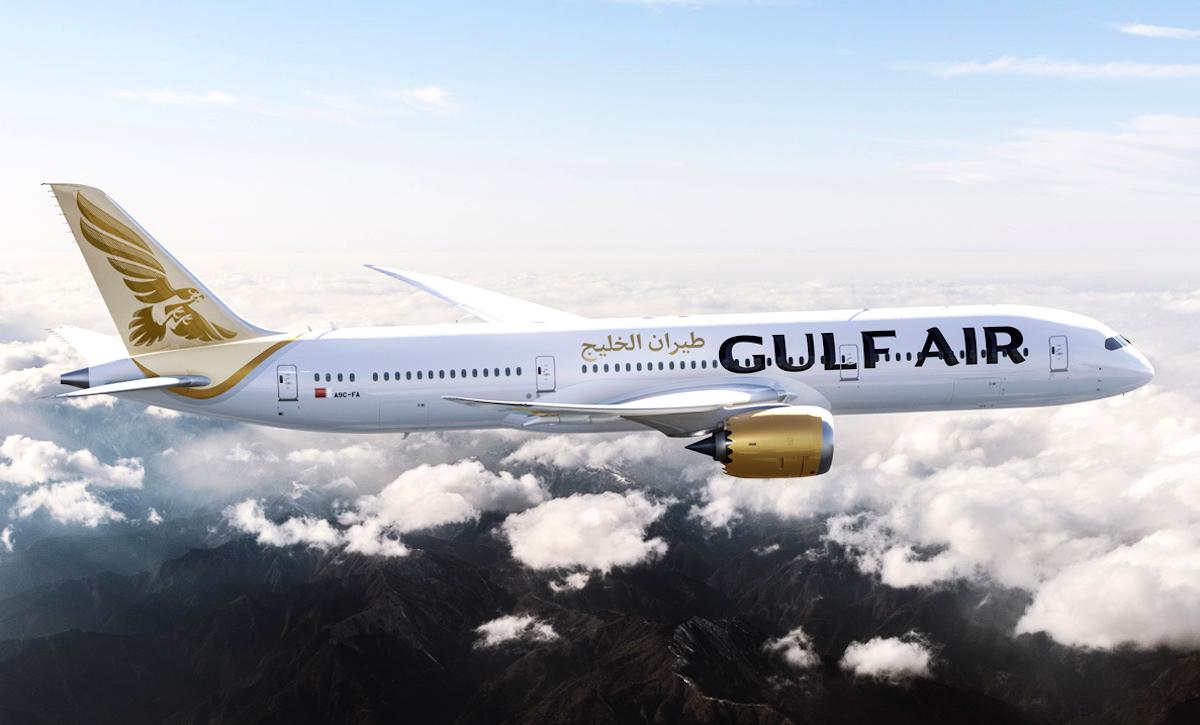 In 2019 there was talk of how Gulf Air wanted to restart flights to the United States, and there’s an interesting update on that front.

Gulf Air is undergoing a transformation

Bahrain-based Gulf Air used to be the biggest and most global airline in the Gulf region. This was when politics in the region were different, and before we saw the development of airlines in the UAE, Qatar, etc.

Over the past decade Gulf Air has largely struggled to compete with its peers in the region. The airline had an outdated fleet, and didn’t have a global route network. However, the airline is currently undergoing a major transformation, whereby the airline is modernizing its fleet, and trying to focus more on its core strengths.

For example, Gulf Air’s long haul fleet now consists primarily of Boeing 787-9s, featuring excellent Apex Suites in business class. The airline has seven of these in its fleet, with a further three to be delivered.

That’s not all — the airline is also taking delivery of 16 Airbus A321neos (including some “LR” variants), and some of these feature fully flat beds in business class, which is awesome for regional flights. The airline is certainly becoming a more appealing option, though as of now the carrier only flies as far West as London, and as far East as Manila.

Gulf Air wants to resume flights to the US

For some background, in 2019, Gulf Air CEO Kresimir Kucko stated that the airline wants to launch flights to the United States within three years:

“We will be operating in the coming years more in Europe and also the Far East. Hopefully, in the coming two, maximum three years, we would be able to open flights to the US.”

The airline flew to New York and Houston back in the day (if I recall correctly Gulf Air actually flew from Bahrain to New York to Houston), though those routes are long gone, and currently the airline operates flights exclusively to Europe, Asia, and Africa.

Logically you’d think that if Gulf Air were to resume flights, New York would be the obvious choice, given that it’s where just about every airline seems to want to fly.

However, Bahrain’s oil minister has also stated that the country is looking at developing closer ties with Houston, and was looking at setting up a nonstop flight. So either route seems like a real possibility.

The New York route would cover a distance of about 6,600 miles, while the Houston route would be an ultra long haul, at nearly 8,000 miles.

Understandably we haven’t heard a whole lot about this new service in the past 18 months due to the pandemic. However, just yesterday Gulf Air filed the Designation of Agent form with the United States Department of Transportation (DOT).

While this is an early step in requesting the right to fly to the United States, it is one of the steps, and I suspect the airline wouldn’t be doing this if it didn’t still generally plan on moving forward with this plan.

Interestingly on the same day, Air Canada and Gulf Air launched a new partnership. Most exciting is that Aeroplan members can now redeem miles for travel on Gulf Air, and it’s one of the best opportunities to redeem miles on Bahrain’s national carrier.

How does Gulf Air expect to succeed in the US?

Is Gulf Air considering resuming US flights because the airline thinks it can actually make money flying to the United States, or is this about prestige and business ties?

Gulf Air executives recognize that the airline is more of a boutique carrier, and that’s the strength the company hopes to play on. As the CEO himself admits:

“You can’t compete with airlines that are bigger in size, volume or with prices. You can only compete in quality. I can compete with any airline, no matter the size, with the quality of my product. That’s the battle I willingly participate with a chance to win.

We want to offer our passengers traditional Arabian hospitality. Which for that to really put true meaning into practice, you really need to offer something unique.”

I totally appreciate a CEO who wants to invest in the product, though he also acknowledges that his airline can’t compete in terms of schedule or price.

The reality is that Gulf Air’s biggest competitors are also known for their excellent products, whether we’re talking about Emirates’ A380 business class or Qatar Airways’ Qsuites. I doubt Gulf Air is going to find that people are willing to pay a premium to fly Gulf Air over those airlines.

So adding service to the US doesn’t exactly seem like a money-making recipe. Then again, in many ways long haul economics are better than in the past, thanks to smaller, more fuel efficient planes, like the Dreamliner.

In 2019, Gulf Air announced plans to resume flights to the United States within a few years. I never take these kinds of announcements as a sure bet, since a lot can change, especially with the pandemic. That being said, I do think it’s noteworthy that Gulf Air has just made a filing with the DOT yesterday, which suggests to me the airline may still intend to move forward with this plan.

If Gulf Air does resume flights to the US, it seems like it wouldn’t be done to turn a direct profit (at least realistically) but rather to improve energy ties between the two countries. If that’s the case, it sounds like a Bahrain to Houston flight could be pretty likely.

I’ll be keeping an eye on this…

Do you think Gulf Air will follow through with launching flights to the US?

(Tip of the hat to @IshrionA)