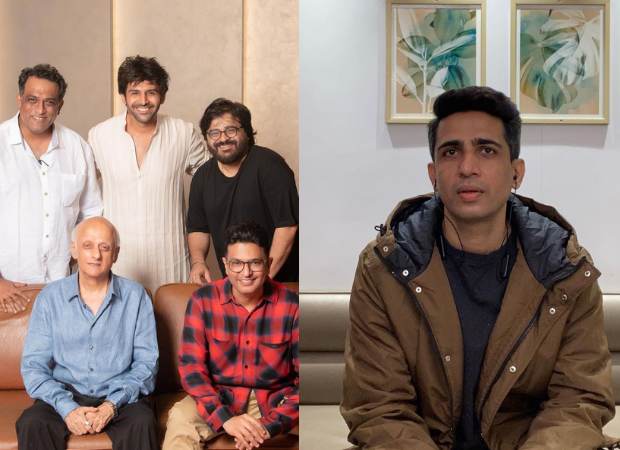 As soon as Aashiqui 3 starring Kartik Aaryan was announced earlier this week, it grabbed the internet’s attention. Soon, lots of reports started making rounds on the internet regarding the leading lady of the upcoming film. While many claimed Shraddha Kapoor will romance Kartik, it was speculated that popular television actress Jennifer Winget will be seen opposite Kartik. And, now, amid this, actor Gulshan Devaiah has a hilarious suggestion to help the producers in the decision-making process.

On Thursday, Gulshan Devaiah took to his Twitter handle and re-shared a report mentioning that the T-series’ search for a leading lady is still ongoing. Sharing his piece of mind on the same, Devaiah wrote, ‘I offer myself for the position of “Leading Lady”’ / Dhamaka kardenge dono bhai  milke pichchar mey likhk ke le loh (We will rock in the film, take it in writing from me)’.

In the official statement, the spokesperson of T-Series has put all speculations and rumours at rest as it reads, ‘There is no truth to any rumours pertaining to the female lead opposite Kartik Aaryan in Aashiqui 3. The search for the perfect fit for the movie is still ongoing. We are currently in a very early stage where we are still coming up with ideas for the movie. Much like the audience, we are eagerly awaiting to finalise the female lead of the film and would love to share it with the fans as early as possible.’

With the announcement of Aashiqui 3, the alliance between Aashiqui, T-Series, and Vishesh Films, which was established in 1990, continues their 32-year partnership. With director Anurag Basu, music by Pritam, and man of the moment Kartik Aaryan in the lead, producers Mukesh Bhatt and Bhushan Kumar reunite for the much anticipated third instalment.

Also Read: Makers of Kartik Aaryan starrer Aashiqui 3 clarify they are yet to finalise the female lead