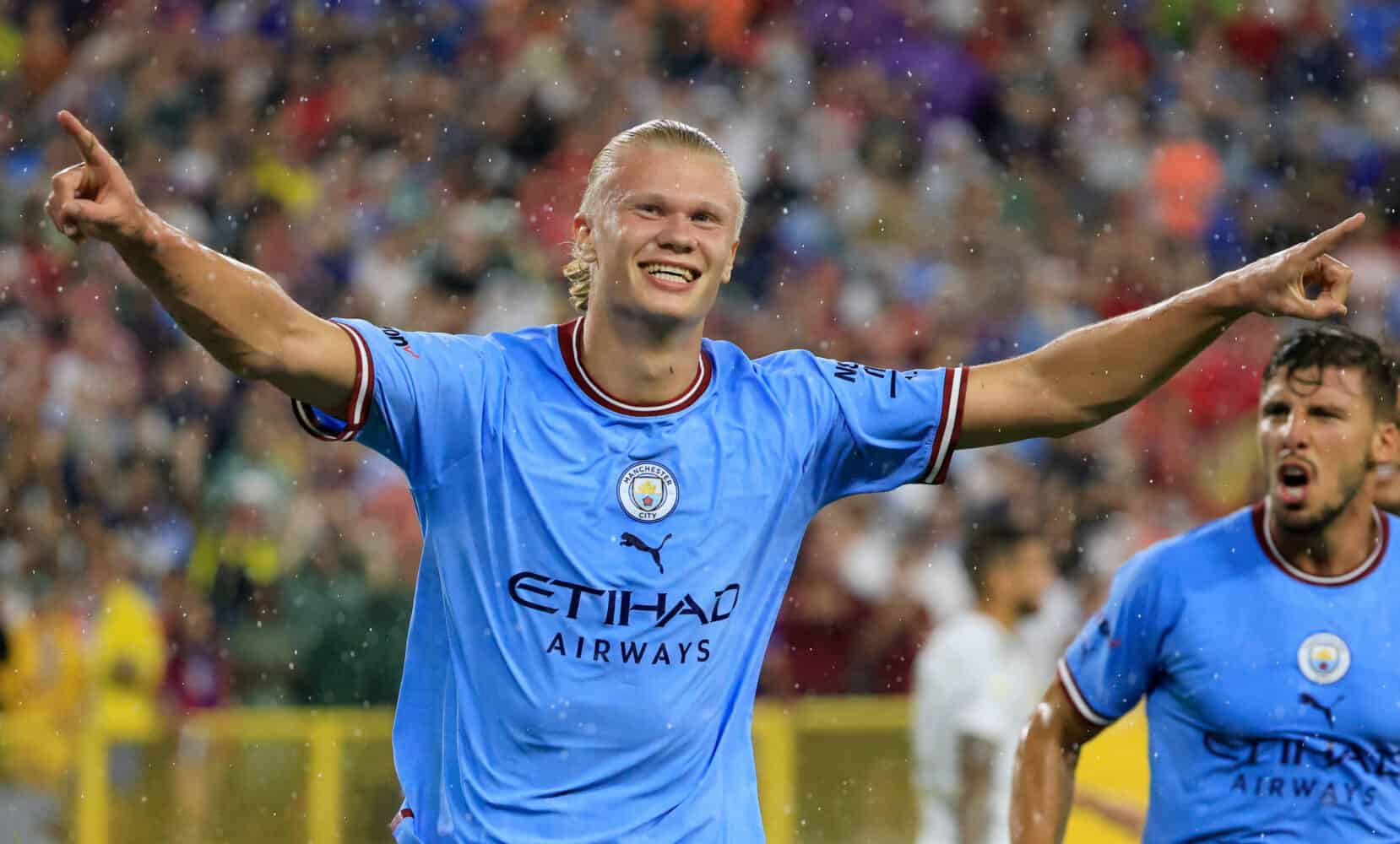 Arsenal’s trip to Crystal Palace lifts the curtain on the new Premier League season on Friday, with Erling Haaland’s debut in the English top flight the highlight of the weekend as champions Manchester City travel to West Ham.

Haaland has been the marquee arrival to the Premier League from over £1 billion ($1.2 billion) spent on transfer fees ahead of the new campaign.

The Norwegian is expected to further strengthen Pep Guardiola’s side, who have won the title in four of the last five seasons.

However, Haaland and City’s season did not get off to a good start as perennial title rivals Liverpool won the Community Shield 3-1 last weekend.

A trip to the London Stadium is a good early season test of City’s revamped squad with Julian Alvarez and Kalvin Phillips also coming in to replace the departed Oleksandr Zinchenko, Fernandinho, Raheem Sterling and Gabriel Jesus.

West Ham nearly denied City the title last season as they led 2-0 at half-time in the penultimate game of the campaign before the visitors rallied to salvage the point which won them the league.

The Hammers have also strengthened with the signing of Italian international striker Gianluca Scamacca as David Moyes’ men look to close the gap on the top four after qualifying for Europe in the past two seasons.

“We know what the standard is and we will reach the standards as quickly as possible and maintain what we have done always,” said Guardiola.

“I don’t feel, because we know each other well, that we are far, far away.

“But the games against West Ham and after Bournemouth will dictate our level and what we have to do.”

Chelsea’s visit to Everton on Saturday pits together two sides who have reason to fear the season ahead at different ends of the table.

The start to Chelsea’s new era under the ownership of Todd Boehly’s consortium has not gone smoothly with manager Thomas Tuchel blaming an exhausting schedule on a pre-season tour to the US and a lack of signings for feeling “not ready” for the new season.

Tuchel is also unhappy with a number of key players still looking to leave the club before the end of the transfer window.

Chelsea were thrashed 4-0 in pre-season by Arsenal in Orlando, but Everton suffered an even more embarrassing 4-0 defeat to Minnesota United on their tour to the States.

After narrowly surviving last season, the Toffees have since sold Richarlison to Tottenham.

But Everton have beaten Chelsea on each of the Londoners’ last four trips to Goodison Park.

Should Chelsea fail to hit the heights they previously have under Tuchel, Manchester United will be one of the sides hoping to take their place in the top four.

A 4-0 thrashing at the hands of Brighton in May summed up a miserable season for the Red Devils as they finished sixth.

Erik ten Hag has the chance to make a good first impression as United boss when the Seagulls visit Old Trafford.

But hopes of a new dawn for United have been dashed by another difficult summer off the field.

Cristiano Ronaldo has made his desire to leave clear, but a buyer cannot be found for the five-time Ballon d’Or winner, while United’s prolonged chase of Barcelona midfielder Frenkie de Jong appears set to fail.