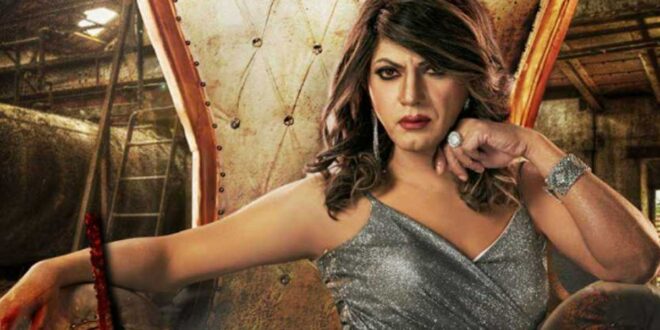 The first look of the Hindi film ‘Haddi’ is out and we see a lady with full make-up in a fancy dress sitting in a royal chair. The lady in the chair is Bollywood’s talented actor Nawazuddin Siddiqui and he is completely unrecognisable.

‘Haddi’ is a crime drama and unveiling the first look, Nawaz wrote, “Crime has a new avatar. Started filming fr dis noir revenge drama #Haddi. Releasing 2023.” Fans of Nawaz were shell-shocked with this look or shall we say transformation. A few Nawaz fans are still unable to believe to see him playing a woman in this revenge saga.

This is not the first time that Nawaz is playing an opposite gender but he never attempted such a drastic transformation. In ‘Heropanti 2’ Nawaz’s role had feminine traits but in ‘Haddi’ he is doing a full length role of a woman gangster.