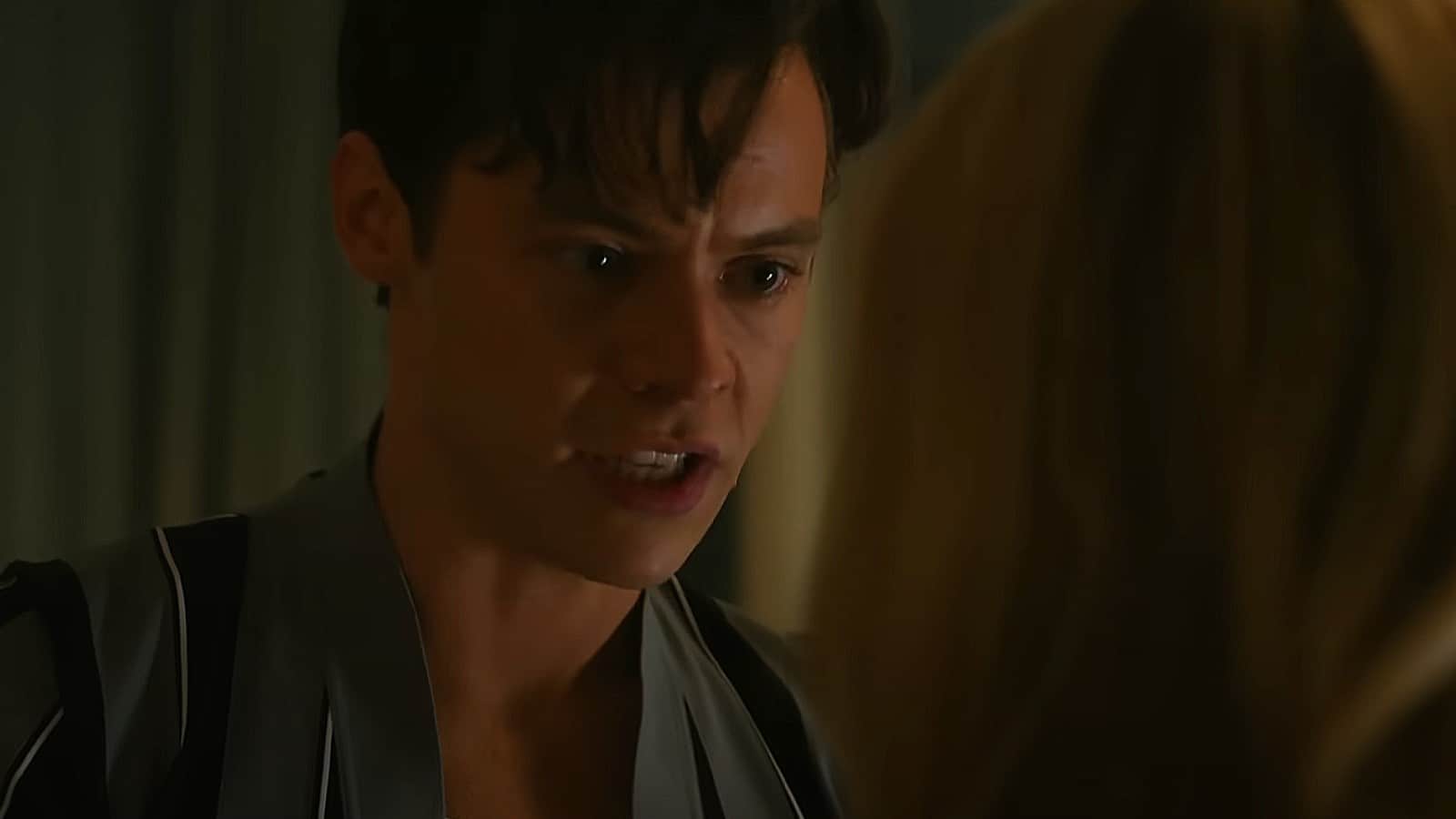 A new clip of Harry Styles in Don’t Worry Darling has been released, but viewers have been left a bit confused by… whatever accent that is.

Styles, the former One Direction member who’s now one of the biggest solo musicians in the world, made his acting debut in Christopher Nolan’s Dunkirk in 2017.

He’s since appeared in the MCU as Eros, aka Thanos’ brother Starfox, and will star alongside Florence Pugh in Don’t Worry Darling next month, as well as My Policeman later this year.

Warner Bros. has released a new clip ahead of the film’s release, but it’s been met with an unfortunate reaction: fans seem to be rather baffled by Styles’ voice.

Don’t Worry Darling follows Alice (Pugh) and Jack (Styles), who are “lucky to be living in the idealized community of Victory, the experimental company town housing the men who work for the top-secret Victory Project and their families,” as per the official synopsis.

However, “cracks in their idyllic life begin to appear, exposing flashes of something much more sinister lurking beneath the attractive façade.”

In the clip, Jack seems to be angry at Alice for putting his opportunity with the Victory Project and their cosy life at risk. “Our life… our life together, we could lose this,” he says.

While Styles appears to be speaking in his own accent, some words sound odder than others; for example, “our life” sounds vaguely American, but not specific to any one region – a bit like Benedict Cumberbatch’s Doctor Strange voice.

The comparisons haven’t been kind, with some likening Styles to Tommy Wiseau in The Room and others referencing Curtis and AJ Pritchard’s hilarious “How’s Trish?” scene in Hollyoaks.

One user wrote: “Looks great – Harry’s spot on! This is a remake of Tommy Wiseau’s The Room, right?”

Another tweeted: “When you start off with futbol and end up with soccer,” while a third wrote: “They really should’ve hired a dialect coach. His accent irl is all over the place.”

A fourth also wrote: “Why did they release this clip lol surely they knew his 1000 accents in 5 seconds wouldn’t go down well.”