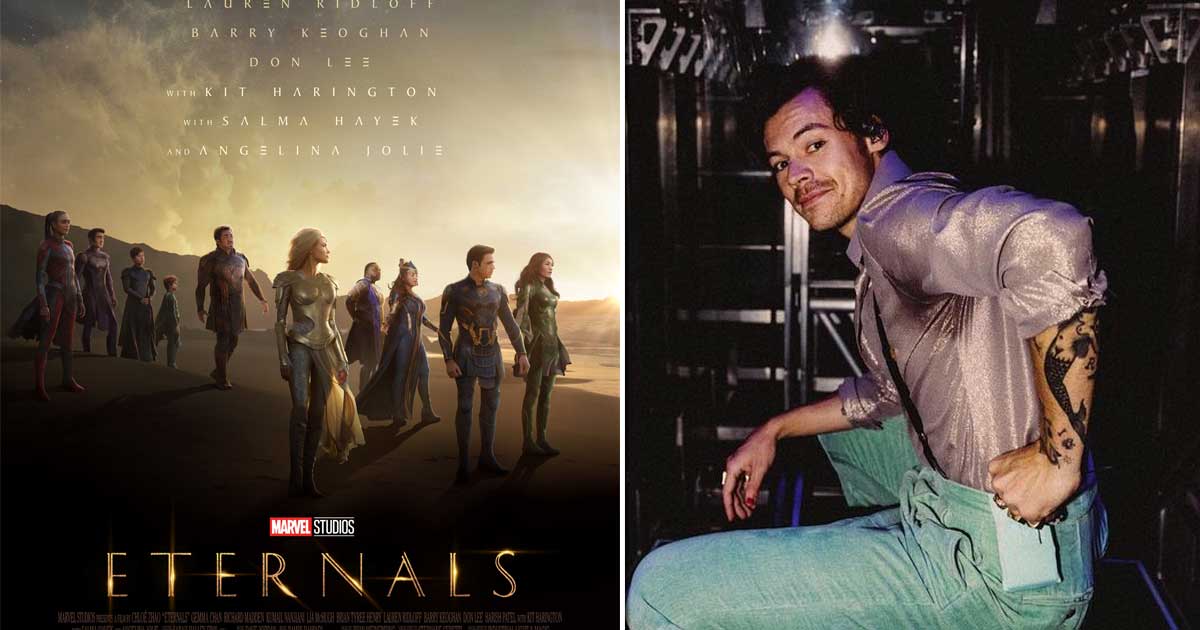 Harry Styles’ new MCU character Eros was almost going to be one of the main characters in Eternals. With the Chloé Zhao directorial, Marvel broadened its Phase 4, especially after releasing Black Widow and Shang-Chi and the Legends of the Ten Rings. The film introduced ten Eternals played by Angelina Jolie, Salma Hayek, Kit Harington, Richard Madden and more.

However, Zhao took a step further and introduced two more people, including Styles’ character, in the end-credit scene. For the unversed, Eros is the brother of the Avengers: Endgame mega-villain, Thanos. While not a lot has been revealed about their relationship, Marvel fans are excited to see what kind of a connection is built between the two.

Meanwhile, as the internet went into a breakdown after Harry Styles was revealed to be debuting in the MCU, many wondered why he had such less screen time in Eternals. As per new reports, it turns out that his character had the potential to stand among the rest of the main characters throughout the film.

While speaking to The Direct, Eternals co-screenwriter Ryan Firpo explained how Harry Styles’ Eros came to be a mid-credits scene arrival. He revealed that he and writing partner Kaz Firpo initially considered him to be in the entire movie, but one character, in particular, made it difficult to include Eros.

“You know, when we first started doing our pitch, we basically just had all these cards of, let’s say about 40 different Eternals. And [Eros] is definitely a card that went up on the board to be in the main movie, Ryan Firpo said. “But we eventually decided that we really wanted to concentrate on Sersi and Ikaris’ love story.”

“We just thought in the broader group dynamics, if there’s Ikaris, there can’t really be Eros too, because it feels like they’re just kinda stepping on each other’s toes. But we knew he was a great character who could potentially be our portal into the bigger world; bigger community of Eternals that lives out in the Cosmos,” he added.

“So eventually, we realized that he’s the perfect coda character to introduce, especially because he has that connection to Thanos as well. So I would say that he was never involved in the main story, but always from very early on, there was the idea of introducing him in the post-credits,” Ryan Firpo said while revealing why Harry Styles’ Eros had such less screen time in Eternals.

Must Read: No Time To Die Box Office (Worldwide): Crosses F9 To Become The Highest Grossing Film Of The Post-Pandemic Era