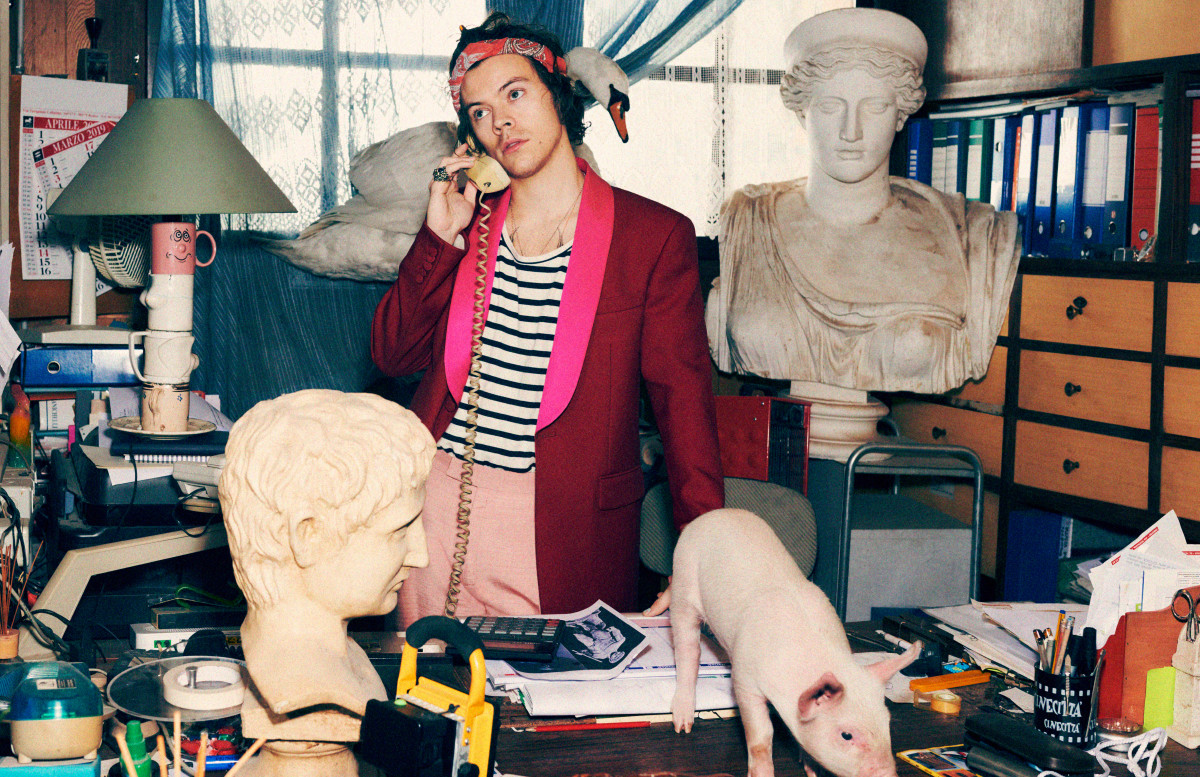 When we here at Fashionista launched our #Harry4Gucci campaign sometime circa 2015, we were hoping we’d see resident fave and fashion’s then-most eligible bachelor Harry Styles score a Gucci contract. What a dream it would be, we thought, to see him in a Gucci campaign or two.

Not long after, we were proven right: He appeared in not one, but two tailoring campaigns; helped the brand launch a gender-neutral fragrance; and co-chaired the Gucci-hosted 2019 Met Gala (dressed by Gucci, naturally). But it turns out we could’ve been dreaming even bigger when it came to #Harry4Gucci.

On Monday, the Italian fashion house announced a special capsule collection designed by Alessandro Michele in collaboration — or, in Gucci jargon, “creative complicity” — with Styles himself. Dubbed “HA HA HA” (a combination of “Harry” and “Alessandro,” as well as the written version of the laughing emoji, which apparently the two often send each other while texting), it serves as a physical extension of the exchange of ideas that flow between Michele and Styles.

“Harry has an incredible sense of fashion. Observing his ability to combine items of clothing in a way that is out of the ordinary compared to the required standards of taste and common sense and the homogenization of appearance, I came to understand that the styling of a look is a generator of differences and of powers, as are his reactions to the designs I have created for him, which he has always made his own; these reactions restore me with a rush of freedom every time,” Michele said, in a release. “The idea of working together came to me one day while we were talking on the phone: I proposed creating a ‘dream wardrobe’ with him, starting from those small oddities that come together in childlike visions.”

The end result is packed with elements that have become signatures of Styles’, well, style: classic English tailoring with “romantic” twists, bright velvet suits, silky pajama pieces, quirky knits and lots of fruit prints. There’s also a recurring motif of a grumpy bear, appearing as an enamel pendant on jewelry and stitched into the tags.

No word on timing or price yet, but this is Gucci we’re talking about, so pieces will likely run you more than the cost of an average “Love on Tour” ticket. (Probably, anyway, unless you got particularly screwed by Ticketmaster.)