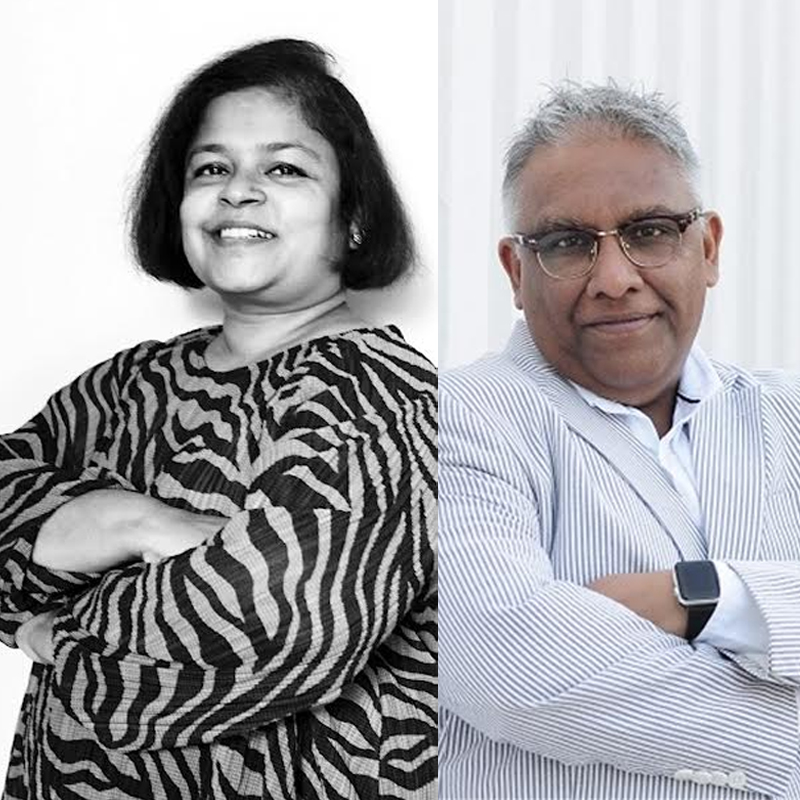 Mumbai: Havas Worldwide India on Wednesday announced the appointment of Anupama Ramaswamy as its chief creative officer. She comes on board to further catapult the creative transformation of the agency, which has seen unparalleled business growth over the last three years. Anupama’s last stint was with Dentsu Impact, where she was working as the managing partner and national creative director.

Ravinder Siwach, who has been leading the creative mandate of Havas Worldwide India as executive director and national creative director, is moving on to pursue new opportunities. He will be with the agency till October 2022.

Ramaswamy will be reporting to Havas Group India chairman and chief creative officer Bobby Pawar, and will begin her new role at the agency effective October 2022. She will also work closely with Havas Worldwide India managing director Manas Lahiri.

Ramaswamy will be based out of the agency’s Gurgaon office, overlooking the complete client roster of both Gurgaon and Mumbai offices that have witnessed tremendous business growth over the last three years. This includes some of the biggest global and Indian brands, including Reckitt, Dabur, Tata Group, P&G, Stellantis, Vivo, Aegon Life, Fortis, Suzuki, UTI Mutual Fund, Celio, William Grant, amongst others. In 2021 alone, Havas Worldwide India garnered over 30 per cent growth across its Mumbai and Gurgaon offices on the back of significant business wins, resulting in it being consistently ranked in the top three in the R3 New Business League Creative Agency list.

Through her career, Ramaswamy has worked with some of the leading agencies in India and several marquee global and indigenous brands across sectors, including Maruti Suzuki, Ikea, Vivo, Paytm, Subway, Tata Tea Digital, Samsung Mobiles, Airtel, Dabur, Lacoste, Whirlpool and many more. Her recent campaigns, which include the Paytm Divide and Chotu, made her win the One Show, a couple of Spikes, New York Festivals and also featured as one of the Impact Creative Stars ’21.

During her stint at JWT Delhi as senior creative director, Ramaswamy led the Delhi office to its first Cannes Lions and Clio Gold. She has also been a recipient of some of the most coveted awards, including Cannes Lions, Clio, Adfest, New York Festivals, Abbys, Effies, Spikes, Global Healthcare Awards, IAA Awards, and The One Show, and her work for FujiFilm has been featured in the prestigious Gunn Report as one of the top 20 most awarded print campaigns in the world. She has been on the jury of several prestigious awards, like The One Show, and the grand jury at AME Awards and New York Festivals.

“We have steadily been building Havas Worldwide into a company that embodies Yannick Bollore’s ‘Together’ philosophy. Where skill sets from the old world and new work seamlessly and harmoniously. This and the rising standard of our work have made us the fastest growing agency. Now is the time for our work to take a giant leap. And I can’t think of a better person to lead this than Anupama. She is a hugely talented creative with a heap of awards and great work to prove it. But the one talent of hers that I value the most is her ability to nurture a culture that makes people and their ideas better. She is a team player and fits right into our philosophy. And I believe she will be a leader who will usher not just Havas but also our industry into the future,” said Bobby Pawar.

Talking about her new role, Ramaswamy said, “The complete resurgence of Havas Group India has made it one of the most sought-after networks. The group has been working in an integrated manner long before other agencies had even thought about it. So, the opportunity to work with Bobby again, who is an institution in his own right, along with Rana’s overall vision for the network, drew me in to be part of this unprecedented growth story. But what excites me the most is the task bestowed upon me by Bobby and Rana-to induce a new and fresh creative culture.”

Speaking about Ravinder’s exit, Bobby said, “Ravinder has played a key role in the resurgence of Havas Worldwide. However, he has been chomping at the bit to do other things, many beyond advertising, for a while. Which means his journey with us is over while another one begins. We all wish him the best in his new adventures.”