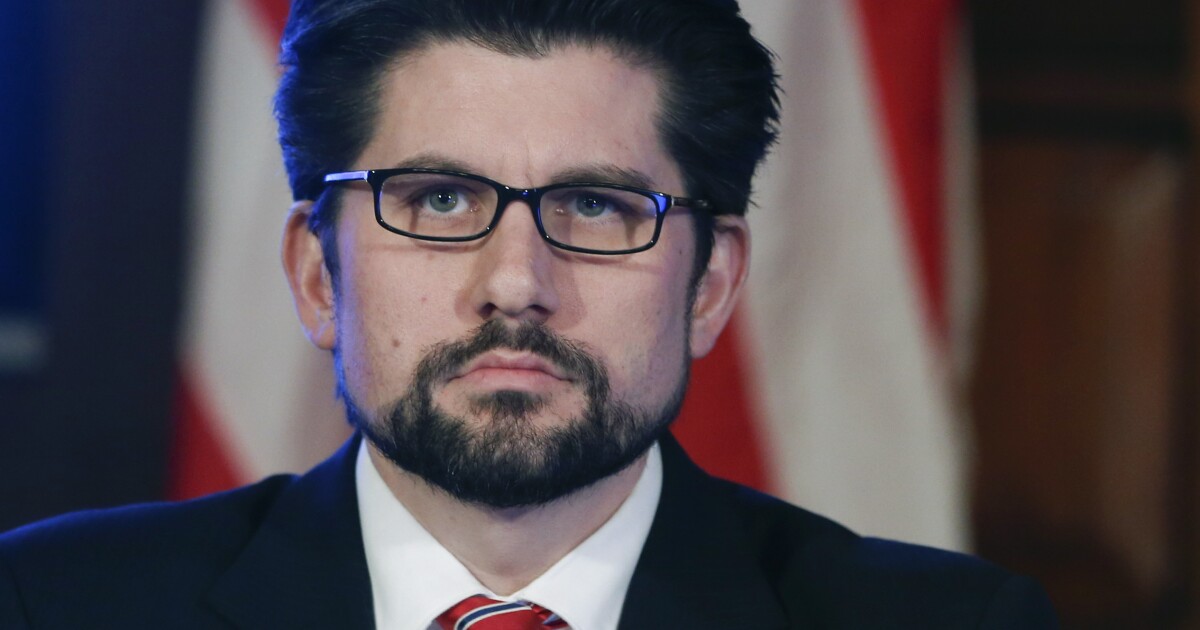 Announcing his resignation as chancellor of the State University of New York on Thursday, Jim Malatras implicitly surrendered to the harsh ironies of his interconnected rise and fall in the realm of academic leadership. In 2020, the chancellor’s close ties to then-Gov. Andrew M. Cuomo helped persuade SUNY’s Board of Trustees to tap Malatras for the job. But those same connections to the governor, and an embrace of his brass-knuckle politics, became a liability for Malatras in the wake of a sexual-harassment scandal that cost Cuomo the governorship four months ago.

Malatras has been under fire since last week, when the state’s attorney general released new evidence from her office’s investigation of Cuomo. Included in the materials were text exchanges from May 2019 between Malatras and Cuomo’s staff, disparaging Lindsey Boylan, a former economic-development official who, at that point, had publicly complained about a toxic work environment in the governor’s office. (Eighteen months later, Boylan became the first woman to publicly accuse Cuomo of sexual harassment.)

In exchanges with Cuomo aides, Malatras suggested, “Let’s release some of her cray emails!,” using slang for “crazy.” In another text, Malatras wrote, “Malatras to Boylan: Go fuck yourself.”

The texts were sent when Malatras was moving into the presidency at SUNY’s Empire State College, the position he held immediately before becoming chancellor.

Malatras apologized for the texts, describing them as “inappropriate, disrespectful, and wrong.”

Late last week, the Board of Trustees issued a statement of support for the chancellor, saying Malatras “remains the right leader” for the 64-campus system. But another shoe dropped on Tuesday, when Albany’s Times Union released audio of Malatras, in 2017, berating an administrative employee. In the audio, Malatras raises his voice and uses profanity, telling the employee she has a “bad attitude on everything, lady.”

The chancellor contributed to a “polarized, ‘take no prisoners’ culture. This behavior was, and is, unacceptable.”

Taken together, the evidence complicates and undermines Malatras’s image as a no-nonsense executive, who has won praise for his navigation of the pandemic. What had once seemed appealing about Malatras — a tough-minded leader, schooled in the pugnacious world of New York politics — looks ugly and mean-spirited in the private moments that have now spilled into public view.

As the SUNY University Faculty Senate put it, in a statement on Tuesday, Malatras appeared all too much like a participant in the problems that came to define Cuomo’s tenure. “Not only did he not push back against the toxic work environment that we now know characterized that administration,” the senate wrote of the chancellor, “he also contributed to its polarized, ‘take no prisoners’ culture. This behavior was, and is, unacceptable.”

Malatras and Merryl H. Tisch, chairwoman of SUNY’s board, did not respond to interview requests made through the SUNY system’s office.

In his resignation letter, dated Thursday, Malatras told Tisch that the revelations of the past week “had become a distraction.”

“I believe in an individual’s ability to evolve, change, and grow,” he wrote, “but I also believe deeply in SUNY and would never want to be an impediment to its success.”

With his resignation, which is effective January 14th, Malatras closes out a short tenure that was tainted from the start. In what has become a familiar story in higher education, the chancellor came into the job through a less-than-inclusive process that smacked of politics and angered faculty members.

Forgoing a national search, SUNY’s board seized on Malatras in August 2020 as a target to replace Kristina M. Johnson, who, two months earlier, had been named president of Ohio State University.

Malatras wasn’t a purely political person before he became chancellor; nor was he a traditional academic. A product of the SUNY system, he holds a doctorate in political science from the university’s Albany campus, where he also earned master’s and bachelor’s degrees in that field. He previously served as SUNY’s vice chancellor and chief of staff to the former SUNY chancellor Nancy Zimpher. He is the first SUNY graduate to lead the system.

But Cuomo looms large in Malatras’s story. His numerous roles under the former governor included a stint as director of state operations, a high-level position charged with managing the day-to-day operations of New York’s government agencies. “In this role, Malatras was Governor Cuomo’s point person on policy and served as a chief negotiator with the state legislature,” according to a biography from the Rockefeller Institute of Government, a SUNY-affiliated think tank where Malatras was previously president.

In the wake of Cuomo’s resignation, there has been no shortage of discussion about whether the “tough guy” political persona that defined the former governor has any place in a modern-day workplace, where harassment, bullying, and abuse aren’t tolerated. It is unclear whether Malatras’s texts and the recently released recording were indicative of a larger pattern, and his resignation means that a further investigation of that question, which the faculty senate had called for, isn’t likely to happen.

Even in public settings, Malatras betrayed a political style that felt to some observers more hard-nosed Albany than academe. He could be blunt and sometimes used off-color language in meetings, said Frank J. Byrne, chairman of the Oswego campus’s history department and a representative on the faculty senate.

“The question of temperament struck me when I first heard him communicate to the SUNY senate,” Byrne said. “I thought, this person is very, very different than the previous chancellor.

“We were told, ‘This is good. He is a brass-knuckle fighter; he’ll fight for the budget.’”

“Some may have found it refreshing,” Byrne said of the chancellor’s communication style. “I found it unsettling to some extent.”

Given Malatras’s persona as a political fighter, Byrne said, he was surprised to see the chancellor resign without more of a fight. (And the professor, based on the available information, isn’t sure the chancellor absolutely had to go.)

“Candidly, what I’ve seen thus far was quite unprofessional; I’m not sure it rises to the level of resignation,” Byrne said. “But I might be in the minority, because a lot of my colleagues want him out of there.”

Evidence trickled out on Thursday, though, that Malatras may have run out of political runway. Gov. Kathy Hochul, who replaced Cuomo, confirmed to reporters that she had had a phone call with Tisch, the SUNY board’s chairwoman, on Wednesday night. She offered few details but said she told the chairwoman that SUNY needed to maintain “undistracted attention” on its goals.

Deborah J. Glick, a Democratic lawmaker whose district includes lower Manhattan, was among those calling on Malatras to resign. In an interview with The Chronicle on Thursday, she said the board needs to learn from its mistakes and conduct a true national search for the next chancellor.

“The erosion of respect for higher education, using colleges as political footballs, is disheartening,” she said. “I would hope that we could recover, at least here in New York state, a modicum of support and respect for academia.”