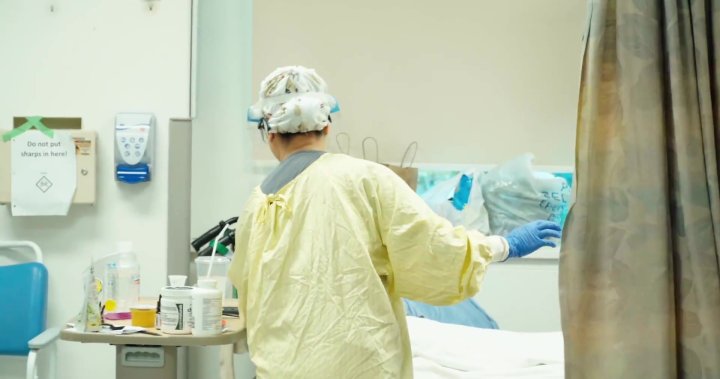 Justice Minister David Lametti said a new law to single out health care workers for special protection from intimidation and threats at work is a response to a need identified by the workers themselves.

But at a Senate committee reviewing Bill C-3 Friday, senators peppered Lametti with questions about why the law is needed given the Criminal Code already addresses harassment, intimidation and threats.

The bill has two parts: one that introduces paid sick leave for federally regulated workers, and another that amends the Criminal Code with two new offences for intimidating or obstructing health care workers and patients from giving or receiving health care services.

The legislation also adds that any offence against a health care worker providing services, or a patient seeking services, should be used as an aggravating factor during sentencing.

The bill fulfils a Liberal election promise to bring in a new law to tackle the rising harassment of health care workers that has emerged during the pandemic. The idea arose after anti-vaccine and anti-lockdown advocates blocked workers and patients from entering or exiting hospitals, and in some circumstances prevented ambulances from reaching emergency rooms.

Sen. Vern White, a former Ottawa police chief, said it is already illegal to intimidate or threaten people. He said that’s why during the hospital protests in September Toronto police could warn that anybody blocking access to the hospitals would be arrested.

“So I’m just trying to get my head around really why we didn’t just look at the offences that were available and increase the penalties to 10 years,” he asked.

White later told The Canadian Press in an interview that he does not think the bill is needed.

“I think it might be important to have from a sending a message to the public perspective,” he said. “But the reality is we’re not fully utilizing the legislation we have available to us now.”

1:47
Canada election: Trudeau says he would would make it crime to block hospitals, intimidate health-care workers

Lametti told the Senate Friday that is exactly why the bill is necessary. He said health care workers raised the limitations of existing laws in 2019, when the House of Commons health committee studied the issue of violence facing health care workers across Canada.

“We’d also been told on a number of different occasions, and in particular, in that House of Commons committee report in 2019, that those provisions were insufficient, and that, for whatever reason, police and prosecutors weren’t using them.”

The report from that study didn’t recommend new criminal offences, but did want the Criminal Code to add offences against health care workers as an aggravating circumstance for sentencing, which the bill does.

Lametti said the legislation is also in keeping with providing “super protection” under the Criminal Code for judges, lawyers and jury members.

White said if that is the case then the legislation should go even further to also given special protection to health care workers even when they’re not at work, and to other health officials, such as public health officers, several of whom reported receiving violent and hateful letters and emails during the pandemic.

As most provinces invoked various types of vaccine mandates In September, many doctors, nurses and other hospital workers reported feeling scared to go to work as mobs of angry people amassed outside, often shouting obscenities and carrying hateful signs.

Senators and Lametti debated on Friday how the bill would allow police and prosecutors to distinguish between the legal right to protest and what constitutes intimidation or harassment.