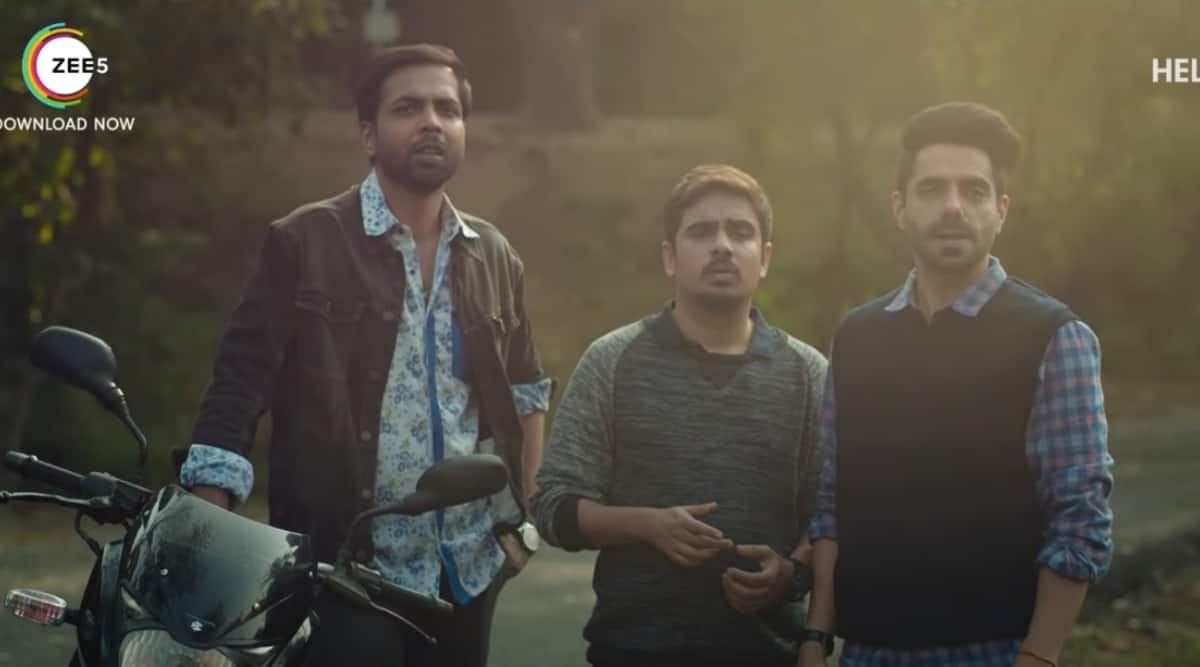 Here, we see three individuals dealing with their own financial problems until they come together and decide to rob a passing truck that supposedly has a lot of cell phones. Things take a funny turn as they find out that the truck was actually carrying condoms.

The entrepreneurial spirit of the three men leads them to start a business where they decide to sell condoms to those who are otherwise shy of buying them from local stores and chemists. Helmet has been directed by Satramm Ramani. The film has been produced by Sony Pictures Networks Productions and Dino Morea.

Dino Morea previously said in a statement, “We are very thrilled to make the audience laugh after the tough year we’ve all had. The team of the film is pulling all the stops to offer a comedy that comes from the heart of India. We have a surprise for the audience, and we can’t wait to bring it to them.”

Helmet premieres on ZEE5 on September 3.