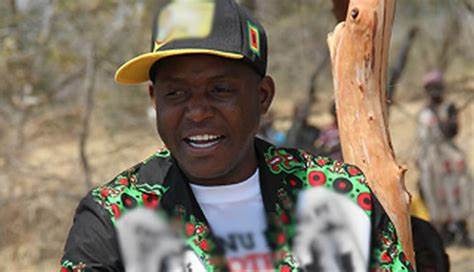 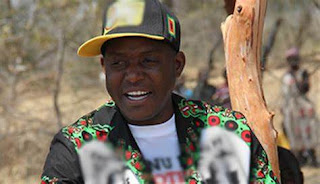 THE High Court has taken the seizure of 22 trucks owned by
Gokwe-Nembudziya legislator Justice Mayor Wadyajena to a higher level after
issuing a 30-day order for taking over the fleet pending investigations into
allegations of fraud.

The holding of the trucks can be extended under the law as
investigations progress and a trial and court dates are set down.

The investigating officer from the Zimbabwe Anti-Corruption
Commission Victor Masimba can now hang on to the property to prevent it from
dissipation until the outcome of Wadyajena and four top Cotton Company of
Zimbabwe managers’ fraud trial or the civil action to have the trucks forfeited
to the State.

After ZACC obtained the emergency warrant of search and
seizure at the magistrates’ courts at the weekend, the National Prosecution
Authority on Monday went to the High Court and successfully applied for a
property seizure order before Justice Pisirayi Kwenda.

Subsequently, the ZACC investigator was designated as the
official to hold onto the trucks.

In terms of the law, a warrant of search and seizure allows
the law enforcement agents to enter residential and business prescints for the
purpose of identifying and seizing the property for exhibits to use in a
criminal trial.

The criminal law may not provide for seizure of properties
acquired using ill-gotten proceeds and this is where the Money Laundering and
Proceeds of Crime Act, comes in. In granting the latest order, Justice Kwenda
authorised the ZACC official to enter Mayor Logistics business premises to
seize the entire fleet.

“The purpose of this property seizure order is to preserve
the said property from dissipation or alienation pending investigations into
allegations of fraud and money laundering…,” he said.

In addition to the 22 trucks listed in the court order
permitting the seizure granted at the lower court, the same order allows ZACC
to hold two luxury cars, a Lamborghini and BMW X6, temporarily held by
Beitbridge Border Post authorities last Friday while they were on their way to
South Africa.

The five are accused of diverting Cottco funds earmarked
for buying bale ties to the trucks now allegedly being used by Wadyajena.

But the trucks and other assets now being sought and seized
are more likely to be forfeited to the State in a separate civil application
under a law meant to reclaim assets acquired through unlawful activity.

While criminal charges have to be proved beyond reasonable
doubt, civil proceedings are decided on the balance of probabilities and the
difference has seen assets forfeited even when there is no successful criminal
prosecution.

The assets facing seizure are 22 haulage trucks and the two
luxury cars allegedly bought with funds diverted from Cottco.

Wadyajena was arrested last week along with four Cottco top
executives. The five were arrested on charges of fraud and money laundering
involving US$5 million of Cottco money.

Wadyajena and his accomplices were last week granted $200
000 bail each by a Harare regional magistrate, Mr Stanford Mambanje, who also
ordered them to surrender the title deeds to their personal properties as
surety.

Wadyajena and the Cottco bosses are alleged to have
converted money which was meant for the import of bale ties and bought the
trucks through Mayor Logistics, where Wadyajena is believed to be a director,
and allegedly diverted a second order for ties to energy companies. Herald