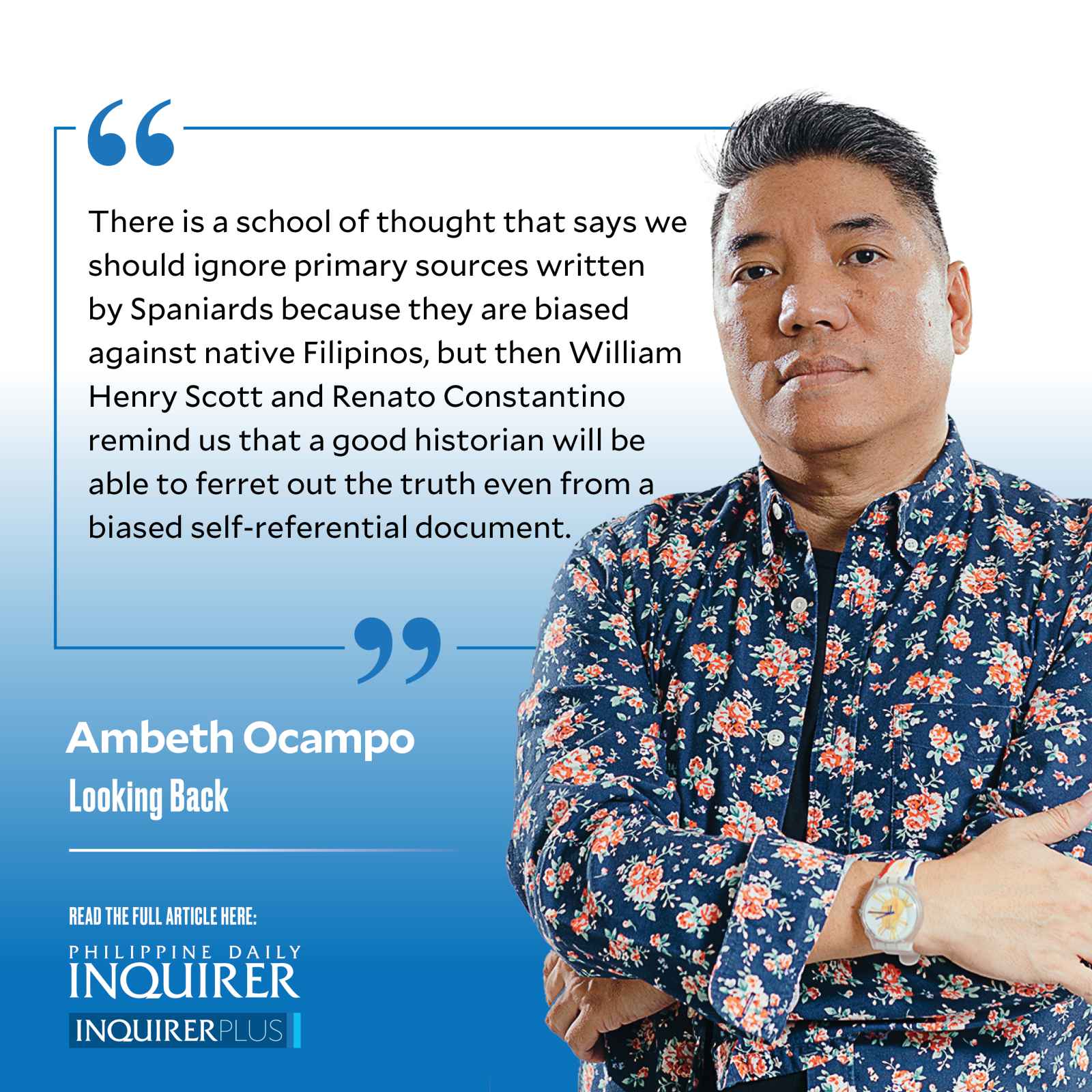 Yesterday, the Paterno family formally turned over, to the Ateneo de Manila University president Roberto Yap, a trove of papers and ephemera pertaining to their illustrious, and historically controversial, ancestor Pedro Alejandro Paterno (1857-1911). College history made him out to be a traitor to the Philippine revolution. Wikipedia describes him as “a Filipino politician infamous for being a turncoat.” And if you have access to online academic literature, type “Paterno” in the search engine and it will cough up a journal article by historian Portia Reyes entitled “A ‘treasonous’ history of Filipino historiography: the life and times of Pedro Paterno, 1858-1911.”

During the Philippine Revolution, Paterno brokered peace between the revolutionists led by Emilio Aguinaldo and the Spanish governor general Fernando Primo de Rivera in a document that has come down in history as the Pact of Biak-na Bato (1897). When the revolution resumed, Paterno reinvented himself and rose to become president of the Malolos Congress in September 1898 and later prime minister of the First Philippine Republic (1899). He dislodged Apolinario Mabini, the closest adviser of Emilio Aguinaldo, as head of the Cabinet. During the early days of the American colonial period, Paterno served as representative in the first Philippine Assembly.

Together with Rizal, Paterno was the most important writer of 19th-century Philippine literature in Spanish. His two published works were historical landmarks: “Sampaguitas” (1880) is the first collection of poetry in Spanish by a Filipino, and “Nínay” (1885) that is, contrary to popular belief, the first Philippine novel. It antedated Rizal’s “Noli me Tangere” by two years. Teodoro Agoncillo recalled that when he was an undergraduate in the prewar UP, his history professor assigned them to read Paterno’s seven volume “History of the Philippines.”

Taking Agoncillo’s story as a challenge, I checked out Paterno in the library and was floored to find out that he published more than the seven-volume history from unpublished Spanish documents. He also produced a two-volume “Synopsis de historia de Filipinas” (1911) and notes (apuntes) for a “Historia critica de Filipinas” (published posthumously in 1920). I have read Paterno in bits and pieces, putting off reading all of his books and pamphlets for my retirement. Now that his papers will be made accessible in the Ateneo, perhaps Paterno is worth a second look.

I must admit, however, that I have not made time to fully utilize the special collections of the Ateneo Rizal Library and the Ateneo University Archives because I have prioritized researching elsewhere rather than my own backyard. The past few weeks, I have been dipping into the T.H. Pardo de Tavera collection in the Ateneo that made me appreciate a giant in Philippine scholarship who, like Paterno, has been ignored because of his politics. He served in the American colonial administration.

In the last century, Filipino historians had to travel abroad to access the primary source documents for their work. One of the largely untapped repositories is the Archivo General de Indias in Seville that preserves documents on the Spanish Philippines from the late 16th to 19th centuries.

Another repository is the Archivo General de la Nación in Mexico that houses material from 1565-1821, when the Philippines was administered not from Madrid, but indirectly from Mexico. Aside from distance and expenses related to research, the real deterrent is not access but language. Filipinos are separated from their past because of language. Knowing Spanish is not always helpful because reading printed documents in the 21st century is not the same as trying to make out handwritten manuscripts from the 16th century. Orthography is different, language and usage is unfamiliar, and to complicate matters, documents are full of abbreviations that have to be mastered in order to unlock the stories in the documents.

There is a school of thought that says we should ignore primary sources written by Spaniards because they are biased against native Filipinos, but then William Henry Scott and Renato Constantino remind us that a good historian will be able to ferret out truth even from a biased self-referential document.

The papers of T.H. Pardo de Tavera, Pedro Paterno, Rizal, and many more are literally within reach from my Ateneo office, the only problem is finding time to go through them.

Comments are welcome at [email protected]