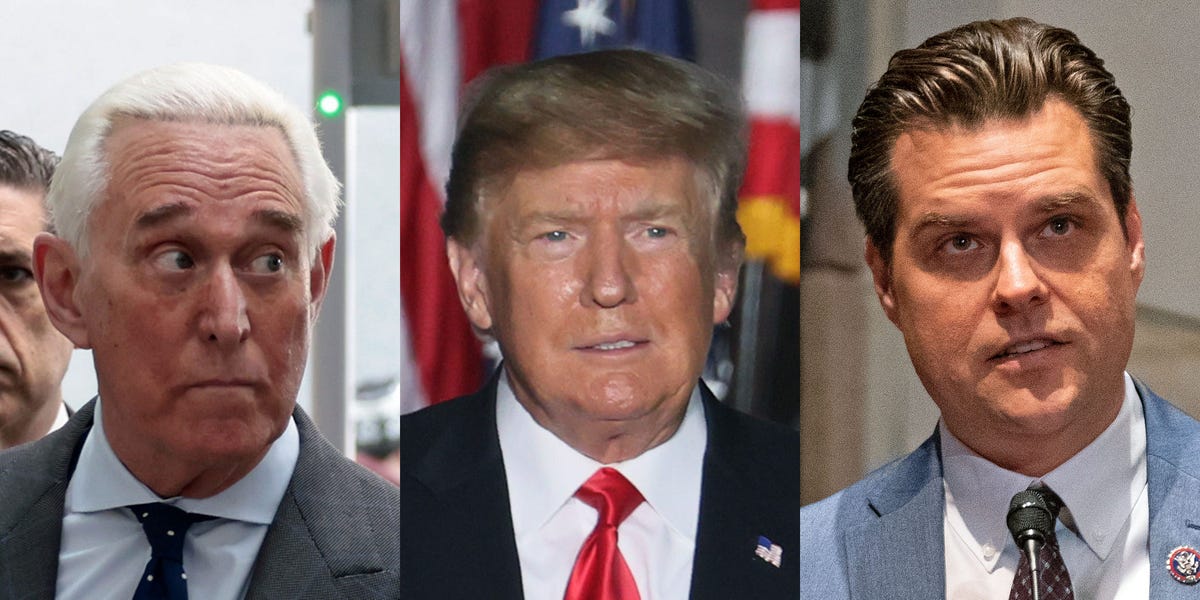 A hot mic caught GOP Rep. Matt Gaetz reassuring former President Donald Trump’s ally Roger Stone that he would be granted clemency as he was preparing for trial in 2019, The Washington Post reported on Saturday.

Stone was indicted on one count of obstruction, five counts of false statements, and one count of witness tampering in Special Counsel Robert Mueller’s Russia probe. In November 2019, a jury found Stone guilty. In February 2020, he was sentenced to 40 months in prison, but that sentence was later commuted by Trump before he left office.

According to The Post, a month before Stone was found guilty Gaetz told Stone during an event at a Trump property that he’d likely be found guilty but also be granted clemency.

“The boss still has a very favorable view of you,” Gaetz told Stone, according to The Post. Gaetz stressed that Trump had “said it directly.”

He also added, “I don’t think the big guy can let you go down for this.”

The congressman who has been embroiled in a number of scandals told Stone that he was working on getting him a pardon but did not want to say more at the event since there were many microphones around.

“Since there are many, many recording devices around right now, I do not feel in a position to speak freely about the work I’ve already done on that subject,” Gaetz said.