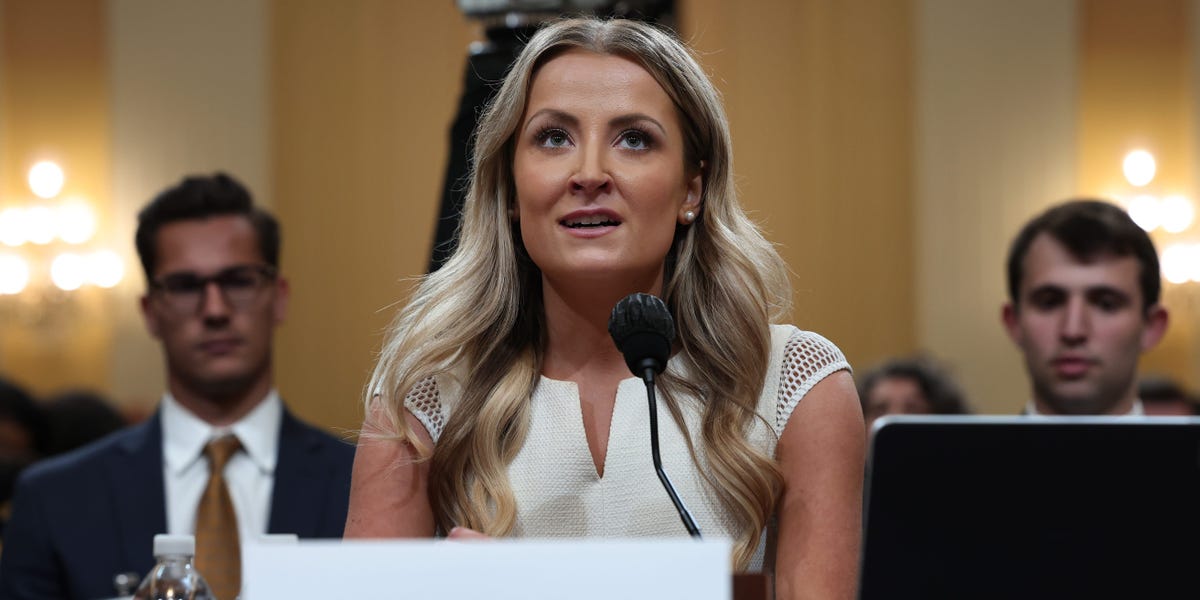 The House Republicans’ official Twitter account on Thursday attacked a staffer who currently works for a House Republican as she testified before the House January 6 committee. The tweet was later deleted.

The staffer in question, Sarah Matthews, previously worked as a communications aide in the Trump White House. She is now the communications director for Republicans on the House Select Committee on the Climate Crisis.

The tweet quoted a previous message that Matthews posted on her own account that thanked former President Donald Trump and former Vice President Mike Pence “for your service to the American people” and for the opportunity to work alongside them. She published the tweet on January 20, 2021.

The Twitter account belongs to the House Republican Conference, which is run by Rep. Elise Stefanik’s office, according to Politico.

Stefanik, a New York Republican, became the No. 3 House Republican after the GOP ousted Rep. Liz Cheney from her perch for her refusal to stop criticizing Trump for his role in inciting the insurrection.

A House GOP spokesperson said that the tweet was “sent at the staff level.”

“The tweet was sent out at the staff level and was not authorized or the position of the conference and therefore was deleted,” the spokesperson said in a statement.

Cheney, of course, is now the top Republican on the House January 6 committee.

Matthews testified before the January 6 committee on Thursday that she clashed with some fellow Trump staffers about the need for Trump to condemn the violent attack on the Capitol.