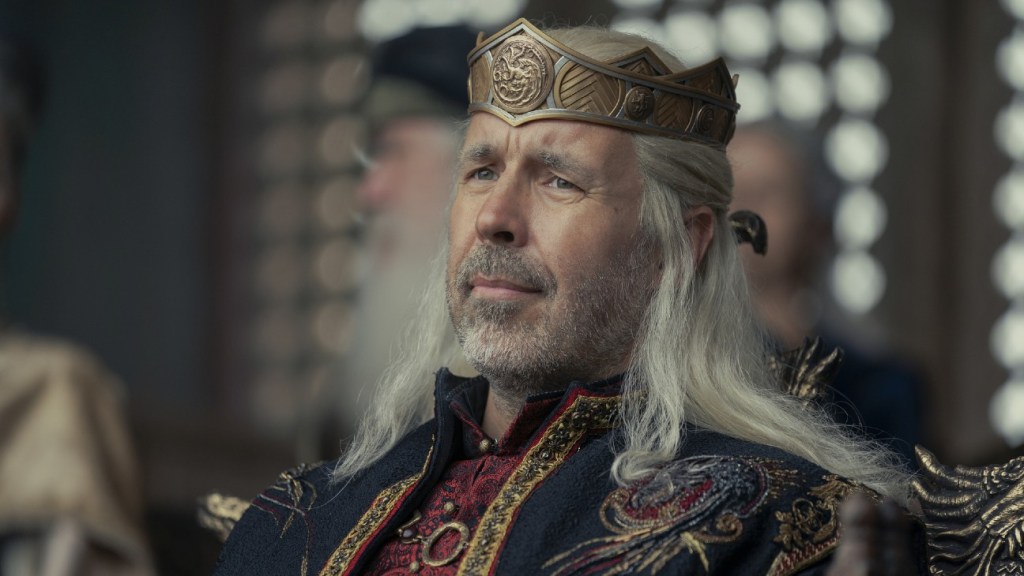 A visual effects flub from the latest episode of House of the Dragon will soon be made right by HBO.

During the Game of Thrones prequel series’ third episode, entitled “Second of His Name,” which aired Sunday, viewers spotted a VFX gaffe during a scene featuring King Viserys, as played by Paddy Considine. The character is missing two fingers on his left hand, but in one scene, the fingers were visible and wrapped with a green covering in order to be digitally removed later.

The Hollywood Reporter has learned from a source with knowledge of the situation that the episode will be corrected, with the revised version hitting streaming platforms later in the week.

This scene reminded social media users of the infamous Game of Thrones moment from the fourth episode of the final season that aired in 2019, when a Starbucks cup was mistakenly left on a table in a scene.

House of the Dragon co-showrunner Ryan Condal told THR prior to the start of this first season that the show’s team was careful to prevent a similar incident. He quipped that the series had “a very heavily policed set — there was lots of Starbucks-hunting going on.”

A still from the House of the Dragon scene is below.