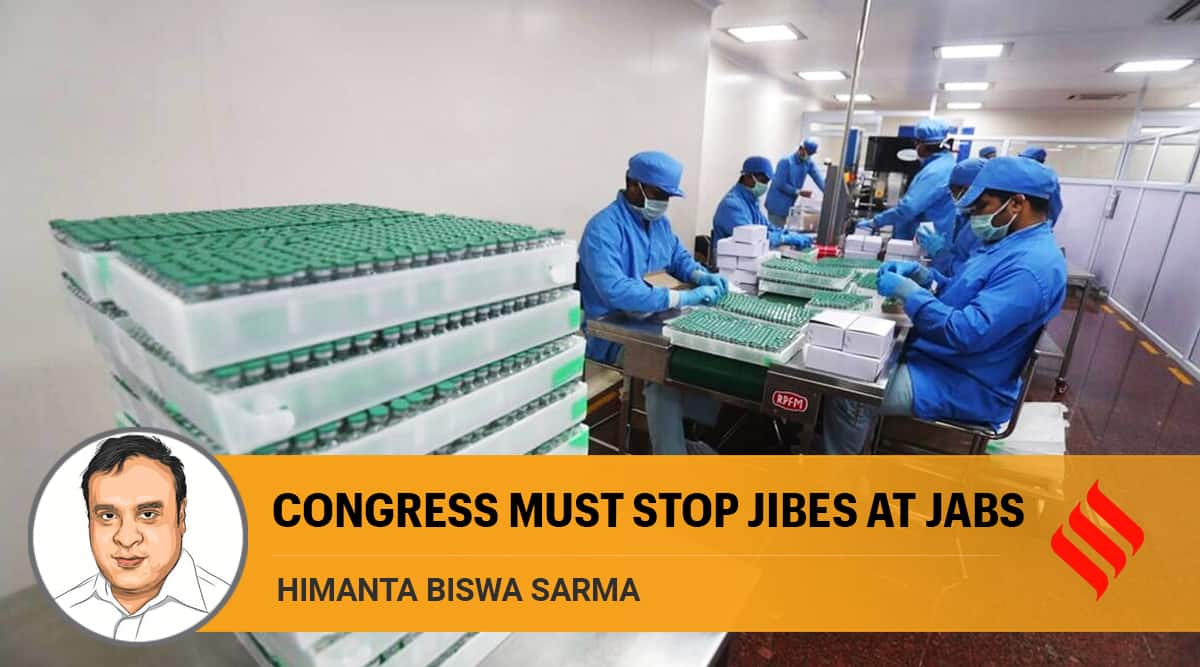 India is going through its biggest crisis since Partition. This is a crisis that India is collectively experiencing with other countries and responding collaboratively. We can defeat this crisis only when people of competing ideologies and backgrounds stand united.

Unfortunately, the Congress party’s leadership has launched a frontal assault on domestic vaccine manufacturers and scientists. Their constant attack to discredit and delegitimise the hard work of Indian talent will scare other entities who would want to develop or manufacture vaccines in the country. Hence, we must isolate fact from fiction, misinformation from information.

Within a year, less than 12 countries in the world have been able to develop their own vaccine. India is in that elite club. Never before in its history has India had the capability and resources to do this. Irrespective of political ideology, how can any objective Indian not appreciate this achievement?

I struggled to find a single dose of praise by Rahul Gandhi or his party for our vaccine manufacturers and scientists. His primary attack these days is on the price of the vaccine and those who are producing it. And this is where he gets it completely wrong.

The Congress takes great pride in the pulse polio vaccination programme. No doubt they deserve credit. But how long did it take them to achieve results? Twenty-six years. And the expectation from the Modi government is to complete COVID vaccination in less than two years from when the virus broke out. It is a challenge never attempted before and there is no doubt the PM, his government and our country will rise to it.

It is naïve to compare India’s vaccination programme with any country’s. India needs to procure at least twice the doses purchased by America, 100 times the purchase made by Israel to vaccinate its citizens.

What is the essential ingredient needed to achieve a vaccination programme of this scale? Producing a large number of vaccines in a short period. For this, both public investment and private initiatives are needed. Once there are sufficient vaccines in the market, economies of scale would kick in and dramatic price reduction would begin. We saw the same pattern playing out last year when we had to conduct a huge number of COVID tests in a short period. In early 2020, my ministry was purchasing antigen test kits for Rs 400, today we are buying them for Rs 80. Similarly, an RTPCR test was over Rs 4,000 initially and is now at Rs 500 in Assam. Despite high costs then, governments across the country procured tests and tested crores of people for free.

It is this logic that Rahul Gandhi chooses to ignore and instead targets vaccine producers. Any vaccine manufacturer would need extensive funds for R&D and trials and there is no guarantee that this investment will pay off. The Modi government has decided to financially support Bharat Biotech via grants to aid this cost and is now offering advanced credit to both the Serum Institute and

Bharat Biotech. Yet the funding requirements are huge.

Given the magnitude of this crisis, both these companies have decided to offer a cheaper price for government contracts compared to private contracts. It is this price variation which the Congress is distorting. Those who can’t afford vaccines will get free vaccines either from the GoI pool or state governments. Those who can afford to pay will purchase the vaccines from the private sector, and funds raised will be used by vaccine companies for further R&D and production. Eventually, as more vaccines are produced, economies of scale will ensure that both the price of government and private contracts will reduce.

It is unclear at whose behest that Congress shut down three premier public vaccination units. The employees of these units had alleged they were shut down because of pressure from foreign manufacturers. This strange order had a catastrophic impact on India’s vaccine security and the government’s Universal Immunisation Programme (UIP) became completely dependent on private and foreign suppliers.

Luckily, the Supreme Court took notice of this ill-intentioned order and these three institutes were re-opened in 2012. This monumental blunder and the Congress government’s attempts to push foreign vaccines – as pointed out through a PIL filed by a former health secretary — had then forced the Delhi High Court to direct the Centre in 2010 to formulate a national vaccine policy. Despite raps from the courts for not procuring enough government made vaccines, in 2014 less than 3 per cent of vaccines the Centre had purchased came from PSUs.

In 2013, Bharat Biotech had developed a vaccine, Jenevac, for encephalitis. But the Congress government preferred to import Chinese vaccines. Similarly, despite domestically available vaccines for rotavirus, the UPA chose foreign suppliers. In 2014 the Modi government came to power and immediately included four Indian-made vaccines into the UIP. That gave a huge impetus to the domestic vaccine industry and helped in developing the COVID vaccine in such a short time.

I have no hesitancy in saying that 10 years of UPA rule have had an adverse impact on our vaccine security.

The least we expect of our friends in the Opposition is to give us concrete suggestions. Let them debate over how many can get vaccinated in the shortest possible time; let them offer us ideas on how governments can catalyse this historic effort. Casting needless aspersions on pricing and motives does not help anyone, particularly the Congress.

This article first appeared in the print edition on May 3, 2021 under the title ‘Congress must stop jibes at jabs’. The writer is a senior BJP leader and a minister in the outgoing Assam government. The BJP won a second term on Sunday