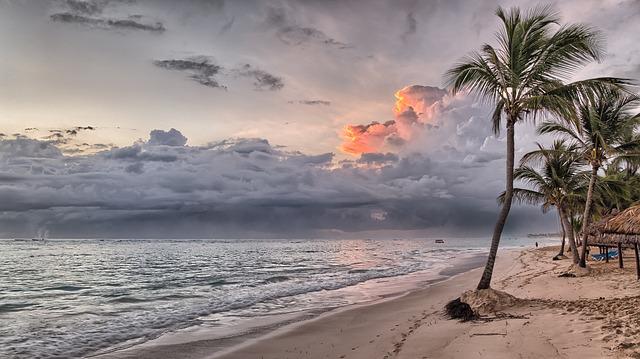 A few weeks ago I wrote a post about inheritances that led to a discussion about how people spend their money in retirement. In particular, some readers were surprised to find out that only a small minority of U.S. retirees sell down their assets to fund their golden years. As the Investments & Wealth Institute reported (emphasis mine):

‘Across all wealth levels, 58 percent of retirees withdraw less than their investments earn, 26 percent withdraw up to the amount the portfolio earns, and 14 percent are drawing down principal.’

While there is no perfect solution to the retirement savings puzzle, there are a few good theories. For example, some have suggested that this pattern of over-saving can be explained by U.S. retirees preparing for the possibility of increased medical costs later in life (i.e. long-term care). This seems to be partially true based on the academic research I’ve found here and here.

However, it doesn’t appear to be the full story. As this research from The Journal of Financial Planning states:

Setting aside 40 percent of financial assets to cover uncertain longevity, medical costs, and bequests still results in a consumption gap as high as 47.3 percent among higher-wealth retirees.

In other words, after planning for things like medical costs and bequests, high wealth retirees still only consume at roughly half  the rate that they could be consuming at. But it’s not just those at the higher end of the wealth spectrum that have this issue. Even retirees at the median wealth level show a consumption gap of around 8%.

This suggests that, for most retirees, spending money in retirement isn’t a financial issue, but a psychological one. It’s not about having the money, but convincing yourself to use it.

The 2017 Retirement Confidence Survey (RCS) supports this notion as well. In it, retirees were asked what would they do if their expenses were higher than expected in the future. Their top answers? Adjust their budget or cut their spending. In fact, as seen in Figure 35 of the RCS, only 22% of retirees would draw down money from their savings/investments to deal with higher than expected expenses.

This implies that retirees don’t respond to higher costs by selling assets or trying to raise their incomes, but by reducing their consumption. As the Investments & Wealth Institute concluded in The Decumulation Paradox:

So rather than determining their basic and discretionary expenditures and creating dynamic strategies to fund them, many retirees appear to be taking the opposite approach—determining their guaranteed and steady income sources and adjusting their lifestyles to fit within that budget.

It’s all about matching spending to income, not setting a spending level beforehand. Since this is true for most people, then retirement savings only matter for the income they can generate. Nowhere is this more true than for those on the lower end of the retirement income spectrum.

It’s Income Matching All the Way Down

So far we have only examined those retirees that have a portfolio of assets that they can draw down upon. Unfortunately, this isn’t always the case. According to a January 2020 study from the National Institute of Retirement Security, roughly 40% of U.S. retirees rely solely on Social Security for their income in retirement. This means that four in ten retirees have no defined benefit/contribution plan to count on in their final decades.

I agree that this doesn’t seem like much, but most retirees still feel like they can get by with what they have. According to the 2022 Retirement Confidence Survey, 77% of retirees are “very or somewhat confident” that they will have enough money to live comfortably through retirement. If I had to guess, this comfort arises from income matching (i.e. retirees setting their spending to match their level of income). Most retirees know that they can cut their spending when the going gets tough. As a result of this flexibility, they feel more comfortable about retirement, even if they don’t have a lot of income.

If we assume that most retirees think this way (as the data suggests), then we can reframe how to think about saving and spending in retirement altogether.

Given that most retirees tend to match their spending with their level of income, we can reframe how we think about saving for retirement to focus on income instead of total savings. Katie Gatti Tassin from Money with Katie summarized this perfectly when stating, “Wanna spend $100/month? That’ll be $30,000, please!”

Her idea is that instead of thinking about whether you need $1M or $1.5M to retire, you should think about how much you need to spend and then back out the savings level needed to support that level of spending. When looking at retirement savings in this way, instead of seeing one retiree with $100k more than another, you would see a retiree with $333 more in monthly income than the other, all else equal.

Of course, Katie uses the 4% rule in her analysis. If we were to be more conservative and assume that your money earns a lower return (say 2% instead of 4%), then $100 more in monthly spending would require an additional $60,000 to generate it.

Either way, the purpose of thinking in this way is to change how you view your savings in retirement. Instead of fixating on being a millionaire or having a huge nest egg, ask instead: How much do I plan to actually spend? Do I really need all this income? Could I spend much less and be just as happy?

In the end, how much you save for retirement may matter less than you think. Because, like most retirees, you’ll likely match your spending to your income and then move on with your life. I know that seems far-fetched, but the data says otherwise.

Happy investing and thank you for reading!

If you liked this post, consider signing up for my newsletter.

This is post 309. Any code I have related to this post can be found here with the same numbering: https://github.com/nmaggiulli/of-dollars-and-data