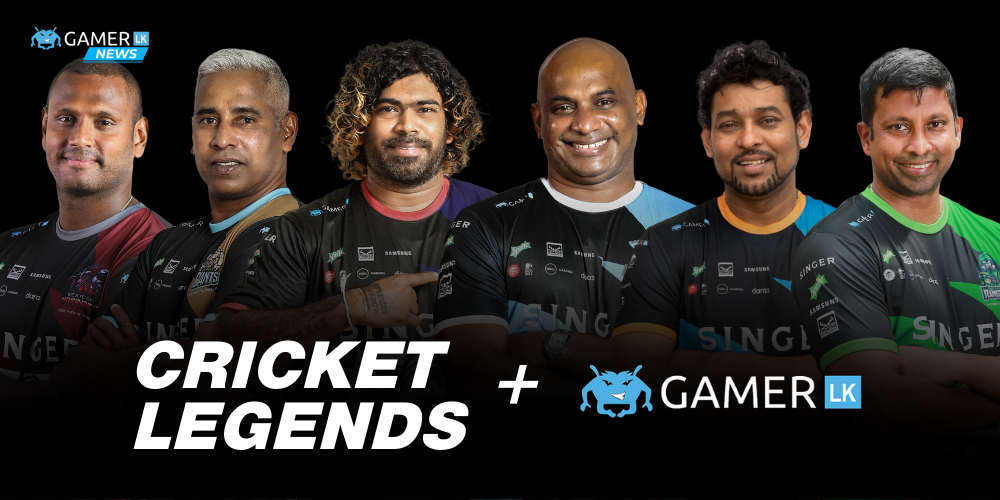 The teams will be competing in the upcoming Singer Esports Premier League 2021 (EPL 2021). Through the event, Gamer.LK is seeking to connect the local esports audience with cricket fans in a bid to promote esports in South Asia.

AFK Gaming, on behalf of Esports Insider, spoke with Gamer.LK CEO Raveen Wijayatilake to learn about the organisation’s plans for expanding its business in South Asia. Wijayatilake revealed that the main objective of bringing in some of the biggest names in cricket was to bring visibility to esports in the region.

Wijayatilake said the organisation is “pushing hard to make esports one of the most popular sports in Sri Lanka and the wider South Asian region, in terms of interest and viewership. Six cricketing legends will be joining the esports league as mentors to create interest and awareness and help us along in our journey.”

He believes that the mentors, who boast sporting careers spanning decades, “would be great candidates to pass on their experiences, sportsmanship, and values” to players to help them do their best in a competitive setting.

Gamer.LK’s goal is to create more visibility in this year’s league and hopefully bring a shift in perception for esports in the region that will encourage the youth to start careers in esports. The hope is that it will improve the level of competition and skill within the Sri Lankan esports ecosystem, as well as on the international stage.

When asked why Gamer.LK opted for a franchised league format instead of an open competition, Wijayatilake revealed that the league is a mix of both. There are open qualifiers that will allow any player to compete solo and qualify for the event. Additionally, the top 60 players from the open qualifiers will get selected into the 12 franchised teams via an auction.

Wijayatilake said the format will “help uncover hidden talent that would usually not rise to the top, as well as provide a great spectator experience in the playoffs with the 12 franchise teams.”

Once teams have decided their lineups, they will compete against each other in the playoffs stage. The top nine teams will move to the ‘Super Weekends’ which will lead up to the Grand Final.

“With LKR 1 million (£ 3,654) up for grabs, and the chance to play with Sri Lanka’s top esports talent, we’ve created a clear pathway for any aspiring esports athlete to reach the top and be rewarded for it,” Wijayatilake added.

Plans Beyond the Esports Premier League

For Wijayatilake, creating high-visibility events like the Esports Premier League is the first big step. He said Gamer.LK is “helping brands connect with Sri Lankan gamers through esports events, which further increases visibility and helps build the ecosystem.”

The organization is also working with the Sri Lanka Esports Association to create a national esports brand that the country can get behind. Wijayatilake hopes that these partnerships will help put esports on the radar for everyone, not just gamers. Gamer.LK also has the IGE South Asia Cup event lined up for the wider South Asian region, where esports athletes will represent their respective countries.

The first iteration of the Esports Premier League was held in 2020 and consisted of nine franchised teams that are based in the nine provinces of Sri Lanka. Gamer.LK seeks to expand the league with team buy-ins, which will see three additional teams sign into the league, and is considering expanding beyond Sri Lanka.

Wijayatilake commented: “There has been interest from brands as well as individuals in a franchise slot, and we’re currently in discussions with them. We’re prioritizing bids that have a long-term vision in esports and the Esports Premier League.”

This story is written in collaboration with AFK Gaming. AFK Gaming is an India-based esports media and content company that aims to provide quality and consistent coverage about teams, players, tournaments, and competitive video games with a primary focus on the Asian region.