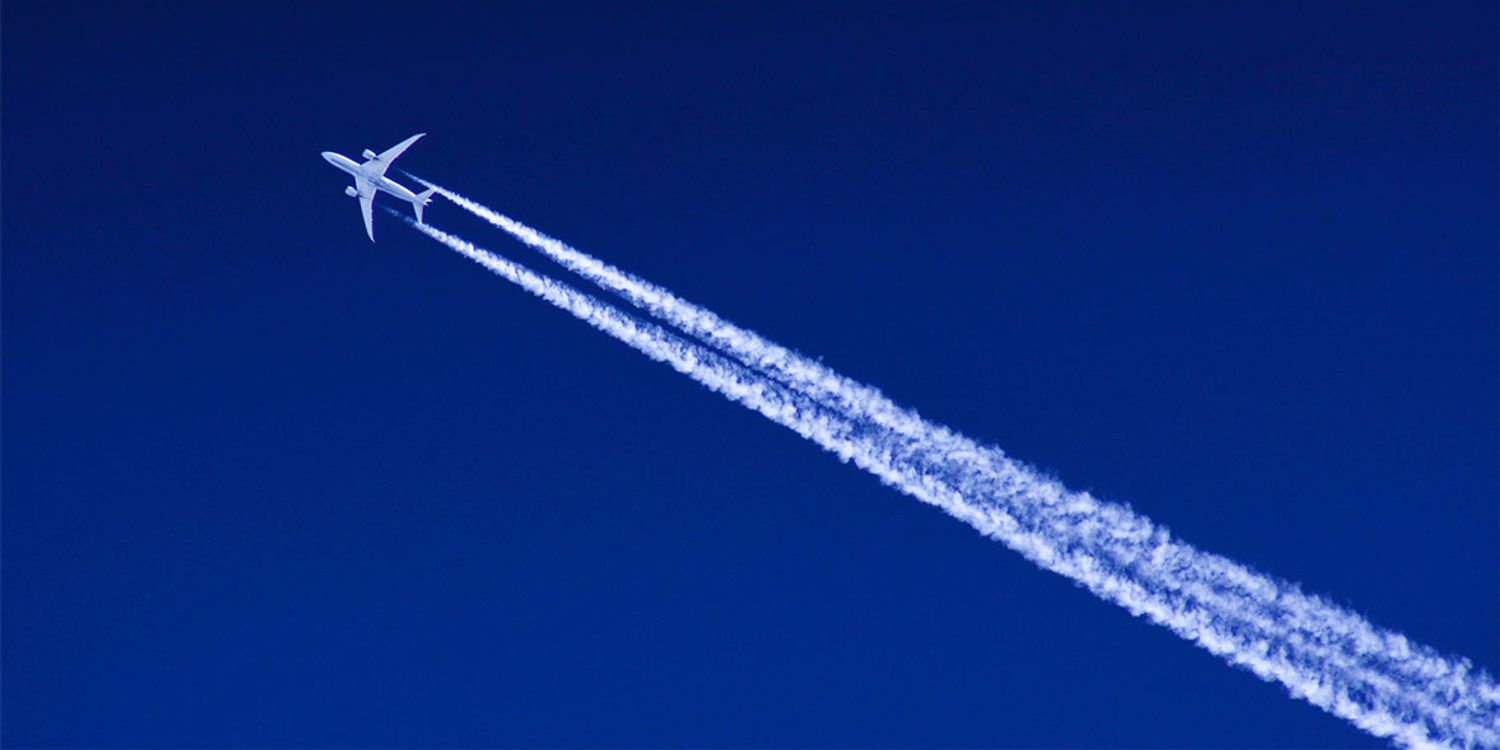 Travellers can slash their carbon emissions by up to 300kg just by flying with a different airline, Which? Travel research has found.

The amount of CO² saved is the equivalent of leaving a 100-watt light bulb on non-stop for a year.

When we looked at return flights to Cancun in Mexico, the carbon footprint was 1,039kg per passenger if you flew with American Airlines. This dropped to 744kg if you booked with Delta instead.

Reduce your footprint by switching airlines

There’s no denying that flying is carbon intensive – but what if you could drastically reduce your environmental impact just by switching airlines?

We compared the CO² emissions of carriers on five popular holiday routes to find the greenest choices.

And even for short-haul journeys, the differences were vast. When we checked for a week’s holiday in September, a return flight to Corfu with Jet2 emitted an estimated 281kg of CO² per passenger.

Choose British Airways instead and it’s 204kg – a difference of 77kg. That saving is more than the equivalent of taking the train from London to Glasgow and back again.

The best and worst airlines for 2022 – as rated by you

A similar saving was possible when looking at return flights to Nice. This time easyJet and Ryanair were the most efficient – emitting 132kg and 138kg respectively.

In contrast, the same route with German flag carrier Lufthansa is responsible for an estimated 190kg of CO² per passenger.

Not only will you reduce your impact, you’ll also save money: on the dates we looked at the fare was £69 with Ryanair, a whopping £134 cheaper than Lufthansa.

Budget airlines tend to cram their planes with passengers, leading to an overall reduction in CO² per person.

They also don’t carry business or first class passengers, who are responsible for up to four times more carbon because of the space they take up in the cabin.

But no-frills carriers are by no means blameless. Their low-cost fares arguably encourage binge flying, which has a disastrous effect on the planet.

The best and worst airlines for emissions

Source Google Flights. Based on a return journey from London on 3-10 September 2022.

Don’t assume one airline will always be greener for every route you fly.

The model of aircraft used, seat configuration and efficiency of the engine will all have an impact.

For example, we found return flights to Palma de Majorca with Ryanair which emitted 158kg of CO² per passenger.

This would make it more polluting than flying with Wizz Air, Tui, BA or easyJet for the same journey on the same day.

That’s why it makes sense to check before you book. Skyscanner’s search tool will automatically highlight the least polluting flights for your route. Just look for the ‘Greener Choice’ leaf motif in the results, alongside the percentage of CO² saved (compared with the average for your search).

Google Flights can also give you the estimated CO² emissions per passenger, which is handy if you are planning to offset your flight.

Direct flights are better for the planet

It’s more environmentally-friendly to fly non-stop to your destination where possible.

Direct flights are usually more efficient because planes burn more fuel when taking off and landing.

When we looked at a round-trip to Lisbon, an Air France passenger would be responsible for an extra 75kg of CO² compared with easyJet.

5 ways to reduce your carbon when you fly

1. Use Skyscanner and Google Flights

Both search tools will highlight the greenest flights so you can compare the CO² savings and choose the most efficient airline for your route.

Business and first class are responsible for up to four times more CO² per passenger.

A heavier plane guzzles more fuel. If you want to travel with cabin bags only, these are the airlines with the most generous hand luggage allowances.

Consider travelling by rail for short journeys. The Eurostar emits up to 90% less carbon. Here are five exciting European cities you can reach by train in under seven hours.

Carbon calculations are provided by Google Flights, which uses data provided by third parties including airlines.

The data takes into account aircraft type and seating layout – but calculations may differ due to various factors, including a late change of aircraft.

All calculations are based on the cheapest return flights from London for one week in September (collated July 2022).

Carbon equivalents are from Mike Berners-Lee’s book How Bad Are Bananas? The carbon footprint of everything.