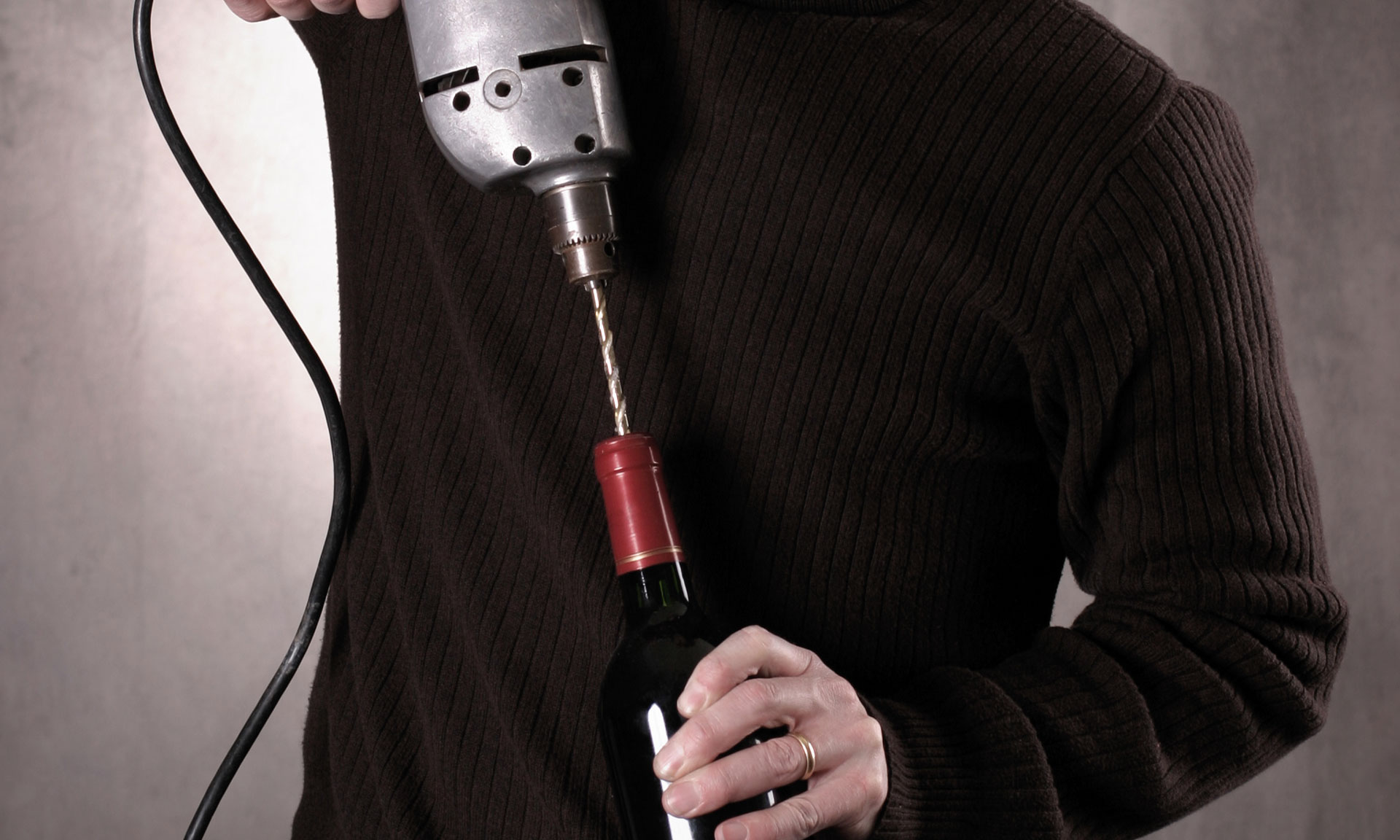 Maybe you meant to buy a screw top, or perhaps your bottle opener is useless or broken. Either way we’ve all been there – trying desperately to get into a bottle of red with very little luck.

But we’re here to help. We tried and tested some classic techniques for getting into a bottle of wine when you’re caught short. We reached out to Which? members and scoured the internet to find popular methods to test.

After prodding, pulling and heating our way through a lot of corks, we found three methods that worked for us and four that didn’t. Read on to find out which methods are worth trying should you find yourself in such a predicament.

When this method was suggested to us by a Which? staff member, we were dubious – scared even. Mainly because forcing a cork out using air pressure seemed a little dangerous. However, in practice, it’s less of a spectacle than the step by step videos would lead you to believe.

To successfully carry this method out you have to stick the needle of your bike pump down the edge of the cork so it’s sliding in between the cork and the glass. You only need to push it around halfway down the side of the cork, most won’t go any further.

Ours took a few pumps in two different places, but eventually the cork started to move upwards until we could then pull it out ourselves.

2. Shoe method – worked for us

If you’re fearless and have a shoe you’re willing to sacrifice, this could also work for you. It’s a more accessible option if you don’t have a bike pump to hand but does require a serious amount of welly.

Just a warning that this technique isn’t for the faint-hearted and you have to really trust that the bottle won’t smash.

For this method, you have to place the base of the bottle into a shoe and whack the shoe against a wall. The shoe acts as a shock absorber and protects the bottle from smashing.

It worked for us after around five minutes and with no injuries or stained shoes.

Watch: The bike pump and the shoe method

Watch our step by step guide on how to carry out the bike pump and shoe method at home:

This was the easiest method that worked for us. You simply push the cork into the bottle with a blunt object. We used the end of some pliers, but you could use anything from a wooden spoon to a pen.

The only downside to this method is that the cork will end up floating in your wine. You can either accept this fact or you can decant the wine into another bottle or container.

4. Screw, screwdriver and hammer – didn’t work for us

For this method you have to screw a medium-sized screw into the wine bottle cork with a screwdriver, leaving a little bit of room between the top of the cork and the screw head. Then pull the screw and cork out using the claw of a hammer.

You can also do this with pliers instead of a hammer, though we felt you can get more purchase on the screw using a hammer.

In theory, this sounded as though it could be the safest and easiest way to remove a cork. However, in practice we found the screw split the cork and often the hammer would pull the screw out, leaving the cork in the bottle.

The cork came out of the bottle a bit, just not enough for us to pull the cork the rest of the way ourselves.

5. Hanger method – didn’t work for us

If you’re really desperate to get into your bottle of red and you’ve exhausted all other options, then it’s worth having a go at this for the sake of it. Though, we just can’t see how this method would ever work.

For this technique you need to straighten the tip of a wire hanger slightly, feed it into the bottleneck alongside the cork and then hold the bottle at a slant so you can hook the hanger under the cork, which should enable you to pull it out.

We got ours about halfway down the side of the cork before we gave up. It was impossible to push the hanger any further down.

Another simple trick, in theory. Dig a key into the cork at a slant, wiggling it in further until it’s three-quarters of the way down. Then you twist the key and cork around, pulling as you go until the cork has come out.

We found it very difficult to push the key down and once we tried to twist the cork, our key snapped in half.

We’d avoid this method unless you have a key you really don’t need.

7. Lighter method – didn’t work for us

We found this method very boring, waiting almost five minutes before we decided to call it a day. Five minutes might not seem like much but when you’re holding a lighter to a bottleneck, it feels like an eternity.

Our fingers cramped, our thumbs got burnt, the lighter fluid diminished rapidly and we got no further to popping the cork.

It’s claimed this method can take up to 10 minutes but with the lighter getting so hot in our hands, this just wasn’t an option.

Despite three different methods working, we’d have to pick the bike pump method as our favourite. It was easy, didn’t leave the cork in our wine and it felt less dangerous than some of the other methods.

Obviously, if you don’t have a bike pump then we’d still recommend the shoe and blunt object methods. Though there are downsides to both, you’re better off trying them out rather than banking on a hanger or a lighter.