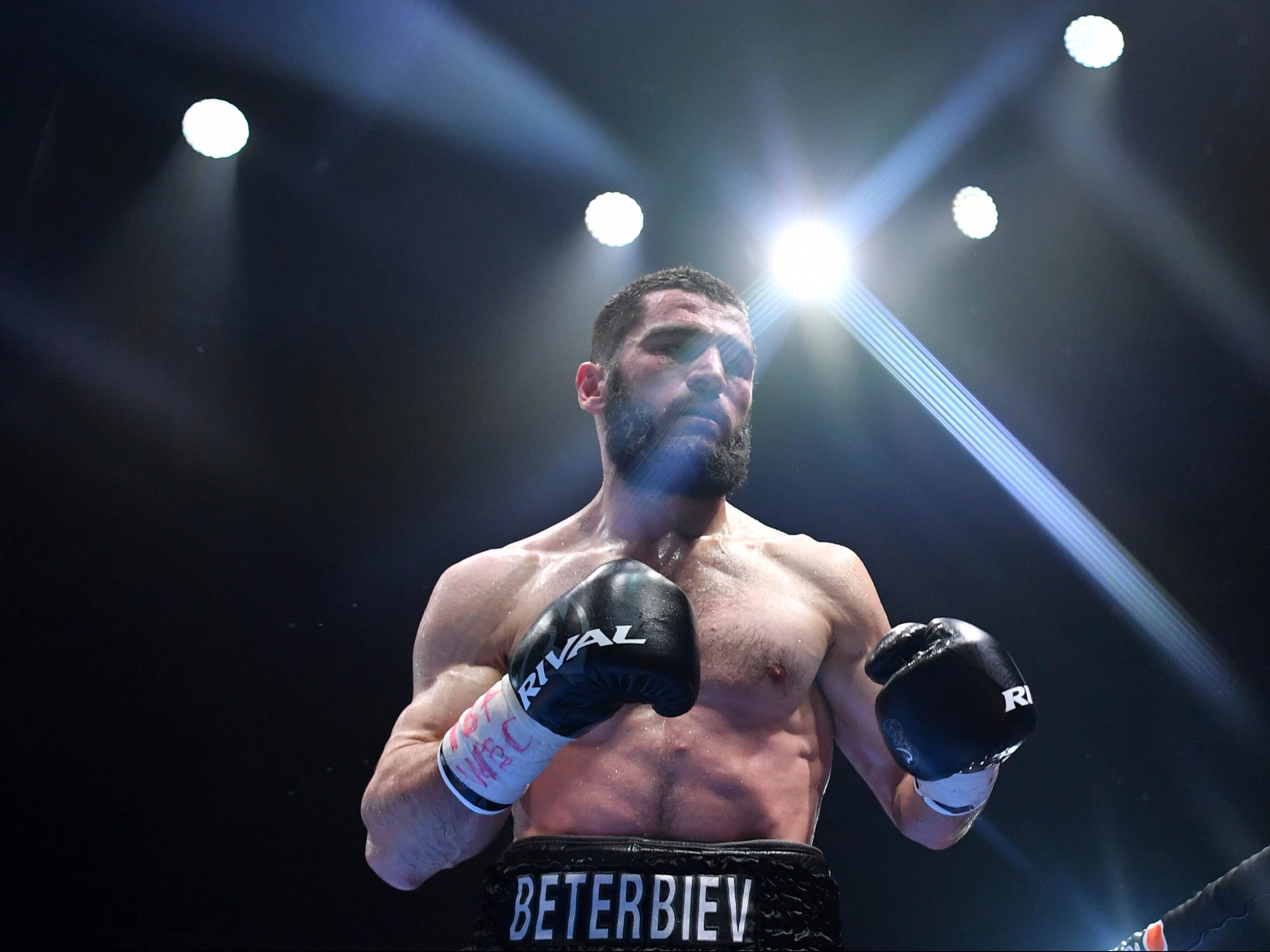 Both fighters are title holders with a knack for knockouts, and fans are expecting an exciting fight. If you count yourself among them, read on: Below is everything you need to know about the big fight, including where to watch Beterbiev vs. Smith on TV and how to live stream Beterbiev vs. Smith online.

When Is the Beterbiev vs. Smith Fight? Date, Time, Location

The Beterbiev vs. Smith fight is happening tonight, June 18, with the undercard starting at ​​6 p.m. ET / 3 p.m. PT, and the main event starting at 10 p.m. ET / 7 p.m. PT. The two boxers will be facing off live from the Hulu Theater in Madison Square Garden, New York City.

Tickets are still available for the Beterbiev vs. Smith fight, for any fans in the New York City area. Head to VividSeats.com to purchase tickets; prices are currently starting at $51, as of writing.

How to Watch Beterbiev vs. Smith on TV

If you’re wondering which channel will have Beterbiev vs. Smith, the answer is ESPN. However, ESPN will only be broadcasting the main event on live TV. The undercard will stream exclusively on ESPN’s streaming service, ESPN+ (more information on ESPN+ below).

How to Watch Beterbiev vs. Smith Online

1. Stream Beterbiev vs. Smith on ESPN+

2. Stream Beterbiev vs. Smith on Sling

Another way to watch Beterbiev vs. Smith online is to get a live TV streaming service like Sling. The most budget-friendly live TV streaming service, Sling’s Orange package gets you live access to ESPN (as well as 30 other channels), letting you stream Beterbiev vs. Smith online. Sling Orange costs $35 a month, but right now new customers can get their first month for just $25.

DirecTV Stream is another great live TV streaming service that lets you watch ESPN online, as well as over 140 other live TV channels. This makes it an easy way to live stream Beterbiev vs. Smith online, whether through a streaming device, smart TV, or personal device.

Normally $69.99 a month after a five-day free trial, DirecTV Stream is currently running a deal that gets you $15 off your first two months. This brings your first two bills down to just $54.99.

4. Stream Beterbiev vs. Smith on fuboTV

For the best live TV channel selection in a streaming service, check out fuboTV. With hundreds of channels (including ESPN), fuboTV is a great way to watch Beterbiev vs. Smith online — as well as most other live sports and TV shows. fuboTV costs $69.99 a month, but also offers a generous seven-day free trial before you pay.

How to Watch Beterbiev vs. Smith Online Free

Because tonight’s fight isn’t pay-per-view, it is possible to watch Beterbiev vs. Smith for free online.

We recommend taking advantage of the five-day free trial from DirecTV Stream, or the seven-day free trial from fuboTV. Either one of these free trials will let you live stream Beterbiev vs. Smith online for free, and you’ll even have a few extra days to enjoy some free live TV (maybe the NBA Finals or Stanley Cup Finals).

However, there isn’t a way to watch the Beterbiev vs. Smith prelims for free, as those are only available through ESPN+ (which doesn’t offer a free trial).

Unification boxing matches always get fans excited, but Beterbiev vs. Smith Jr. is shaping up to be a special one.

For starters, Beterbiev has an immaculate record: In his 17-fight career, the Russian boxer has knocked out every single opponent. He nabbed the IBF light heavyweight title from Enrico Kolling in 2017 and has defended the belt five times since. In 2019, Beterbiev also took the ​​WBC light heavyweight title after beating Oleksandr Gvozdyk, and later defended both titles against Marcus Browne.

But Smith Jr. shares Beterbiev’s killer instinct with a 28-3 record and an impressive 22 KOs. He’s the current owner of the WBO light heavyweight belt, which he won last year from Maxim Vlasov.

Vegas oddsmakers currently have Beterbiev as a heavy favorite with current odds of -800 compared to Smith’s +450.

Besides Beterbiev vs. Smith, there are some great fights happening tonight before the main event. The co-main event sees featherweights Robeisy Ramirez and Abraham Nova facing off, while other undercard fights include Jahi Tucker vs. D’Andre Smith, Troy Isley vs. Donte Stubbs, and Wendy Toussaint vs. Asinia Byfield.