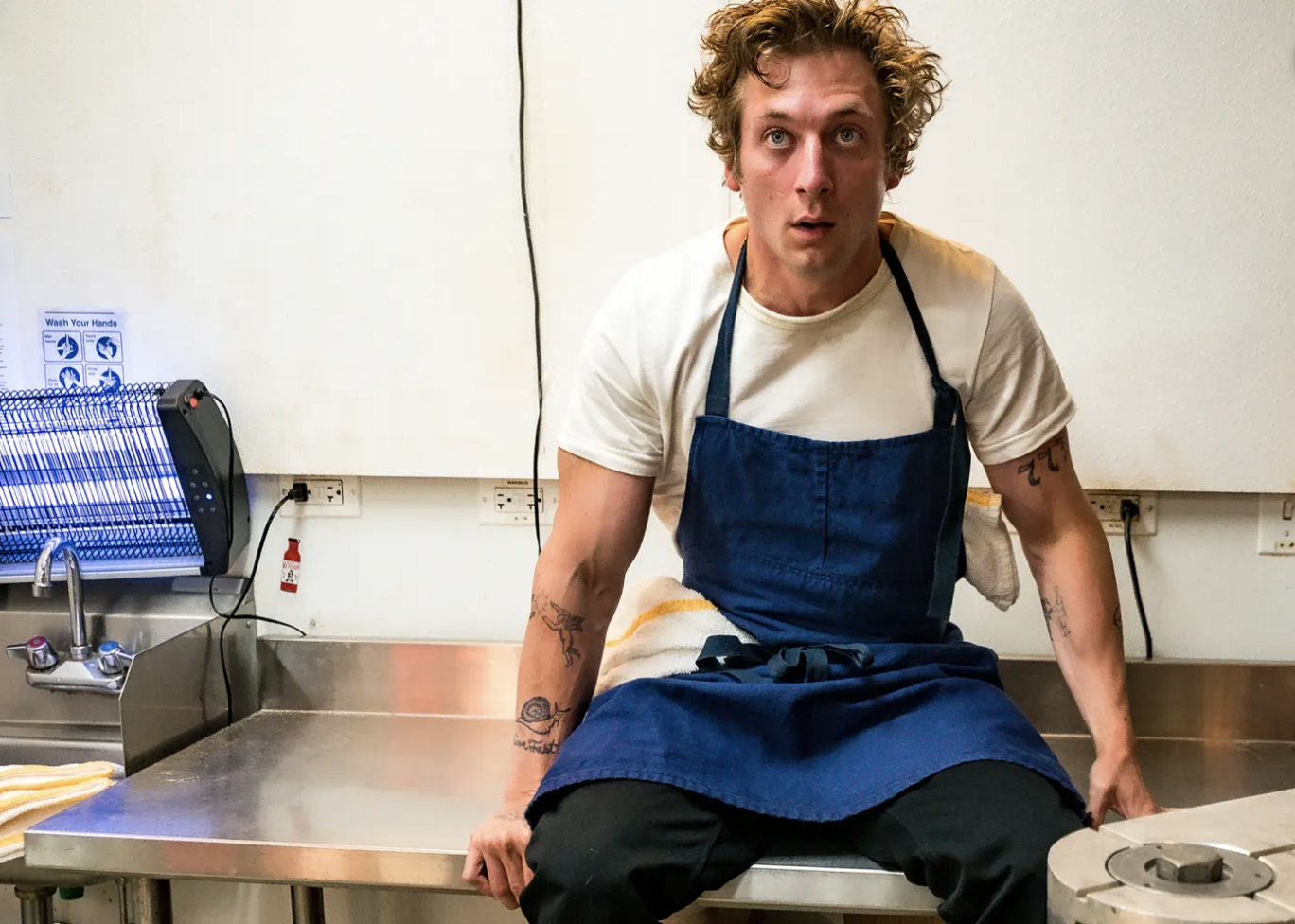 Whether you have experience on the line in a kitchen, have a thing for cooks in classic white tees, or just love seeing a good plate of food get put together on screen, there’s something for everyone in FX’s new original series The Bear, streaming on now on Hulu.

After much buzz from those in and outside the culinary world, The Bear has concluded with the release of episode eight, and there are a couple of ways to binge the whole eight-part dramatic series from Christopher Storer. Here’s everything you need to know about how to watch The Bear online, the certified most stressful show on streaming right now.

The entirety of the first season of The Bear premiered on Hulu on June 23, with the announcement that The Bear had been renewed for Season 2 on July 14 by Hulu.

How to Watch The Bear on TV

The Bear is an exclusive Hulu series, so you won’t be able to watch The Bear on TV on conventional cable. If you want to watch The BEar on TV, you can stream it through the Hulu app on your Roku Stick, Amazon Fire TV Stick 4K, Apple TV and similar streaming device.

How to Watch The Bear Online

For the time being, you’ll only be able to watch The Bear online through Hulu. To stream The Bear, here are the current Hulu subscription options and prices.

The cheapest way to watch The Bear online is Hulu’s entry-level plan, which costs $6.99 per month (or $69.99 per year). This plan does include ad breaks, but you get access to the whole first season, as well as a host of other movies, shows and Hulu exclusive series like The Handmaid’s Tale and Nine Perfect Strangers.

Perhaps the best Hulu plan — and the best way to binge stream The Bear online — is the platform’s ad-free subscription. You get full access to all the on-demand content, without any ad breaks, and it costs just $12.99 per month.

If you want live TV, opt for Hulu + Live TV. For $69.99 a month, you get live streaming of 75+ popular TV channels, plus access to ESPN+ and Disney+ for free. That’s in addition to all the on-demand content of the basic plan. Use Hulu + Live TV to watch the The Bear series online, then switch over to watch live TV, all from one service.

How to Watch The Bear for Free Online

While Hulu technically requires a subscription, it is possible to watch The Bear for free online. Hulu’s basic plan and its upgraded No Ads plan offer generous 30-day free trials, meaning you’ll have plenty of time to watch the whole series.

The Bear: Cast, Number of Episodes

Leading The Bear is Jeremy Allen White, with Ebon Moss-Bachrach, Ayo Edebiri, Lionel Boyce, Liza Colón-Zayas, and Abby Elliott also starring. White plays “Carmy” Berzatto, who returns home to Chicago to manage The Original Beef of Chicagoland, a rundown River North restaurant owned by his late brother Michael, who has recently died by suicide. The Bear broken up into eight episodes, following the lives of the cooks and Carmy as he brushes up against them trying to run the restaurant like a fine dining establishment.

The Hulu series is directed by Christopher Storer, who previously directed the critically-acclaimed series Ramy and the coming-of-age film Eighth Grade.

If you’ve got a craving for more foodie shows and films like The Bear, you can keep salivating over delicious plates and high-tension drama with these top picks — here’s what to watch if you love The Bear.

After an argument with the owner of his restaurant, Chef Carl Casper (Jon Favreau) decides to leave fine dining behind and ends up in the possession of an old food trick which he uses to create a Cuban-inspired concept. With his young son and his best friend, he travels around the country looking to reignite his old passion for cooking. Plus, the grilled cheese scene is absolutely stunning.

Where to Watch: HBO MAX

Gentefied (which had a killer two-season run before unceremoniously being cancelled by Netflix earlier this year) follows three Mexican–American cousins as they struggle to run their family’s taco shop in Los Angeles, all while dealing with the challenges of encroaching gentrification on their neighborhood. If you like similar themes of food and family, Gentefied is the season for you.

Where to Watch: Netflix

No Reservations follows Catherine Zeta-Jones as a perfectionist, career-oriented chef who becomes the legal guardian of her young niece (Abigail Breslin) after her sister passes away. While it becomes more of a workplace romantic comedy when a new sous-chef threatens to take over her kitchen by shaking things up (sounds familiar?), it follows a lot of the same beats of how much we give ourselves to our work over our loved ones.

Where to Watch: Amazon Prime

There’s no one who did it like Bourdain. Before his tragic death rocked the culinary world in 2018, this Emmy Award-winning show followed Bourdain around the globe as he journeyed to explore part of the world rarely captured on U.S. TV. As an extension of his acclaimed Travel Channel series No Reservations, along the way he showcased cuisines, cultures, and the people who made them with a passion and respect rarely matched. With amazingly curated stops, you’ll find yourself transported everywhere from Libya and Myanmar, to LA’s Koreatown.

Where to Watch: HBO Max

Want a more wholesome take on kitchen chaos? Look no further than Pixar’s daring (and delicious) tale about a rat named Remy (Patton Oswalt) who has big culinary dreams, and teams up with a socially-awkward dishwasher in his favorite chef’s restaurant, Gusteau’s to achieve them. You won’t get the profanity and near-altercations you would from The Bear, but you will feel the fast-paced stress of a dinner service in a fine French restaurant, and similar themes on found family.

Where to Watch: Disney+