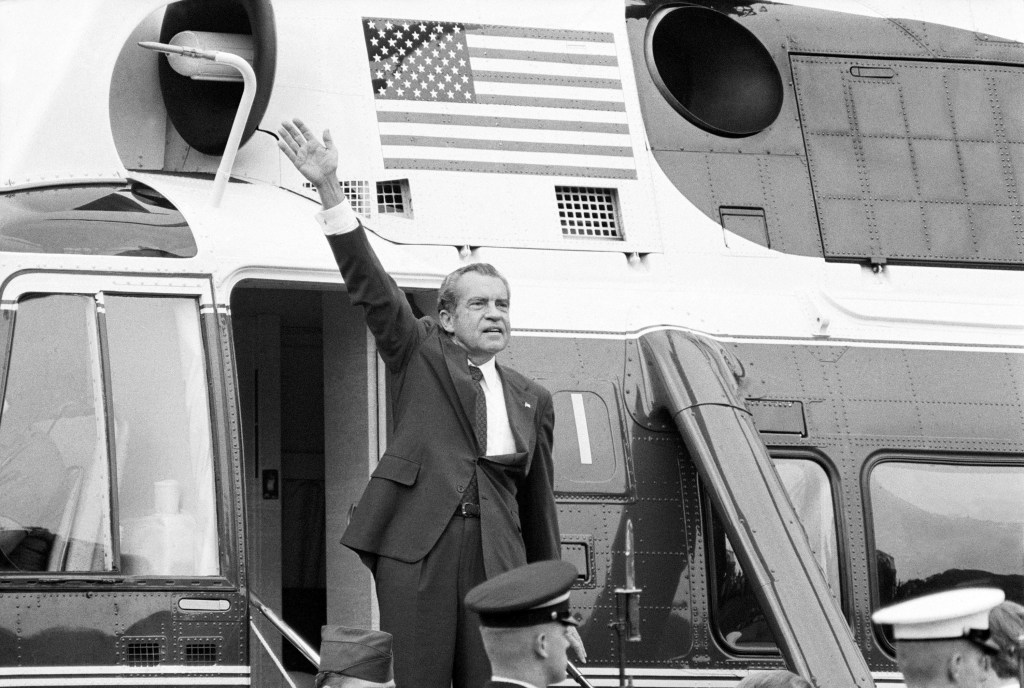 On June 17, Americans found ourselves at the convergence of two crises of shattering assaults on our democracy.

They were crises of crimes and cover-ups, at opposite ends of history’s half-century arc. They were crimes committed by two very different sitting presidents – Richard Nixon and Donald Trump – who were determined to win reelection, no matter what. Both times, America’s true patriots faced challenges of proving the crimes and dealing with all wrongdoers so firmly that it would hopefully assure it would never happen again. We know how that turned out.

So, can we finally identify and not repeat mistakes that may have contributed to our crisis today that is far more serious today than the one we faced a half-century ago?

We will end our discussion by focusing on one overarching half-century old mistake that I believe might have deterred Trump from inciting the division, violence, bloodshed and death that culminated with his supporters smashing into the Capitol on Jan. 6, 2021, to stop Congress from certifying his 2020 election defeat.

But first I want to share with you the tumult we all felt during the Watergate scandal. On Friday, June 17, as America paused to note the 50th anniversary of the break-in and bugging at the Democratic National Committee’s offices in the Watergate building, I found myself recalling one moment most vividly. Our Newsday Washington bureau was in the Washington Post building, a floor above the Post city room. A few weeks after the foiled break-in Newsday had a small scoop: A former Nixon White House aide, G. Gordon Liddy, was fired for refusing to cooperate with the FBI’s investigators in the Watergate case. But two local reporters from the Washington Post, Bob Woodward and Carl Bernstein, my friends and competitors, broke far more. On Oct. 25, 1972, they broke their most significant story yet, reporting that Nixon’s campaign treasurer Hugh Sloan told the Watergate grand jury that Nixon’s White House chief of staff and close confidant, H. R. (Bob) Haldeman, was one of five persons who controlled a secret Nixon campaign fund linked to the Watergate scandal.

As a Newsday colleague and I were discussing the importance of Bob and Carl’s scoop, wire services spooled out an oddly worded denial from Sloan’s attorney. He denied Sloan said that to the grand jury. Well, I had been trying to get Sloan to talk with me, without success – and I told my colleague that narrowly worded denial clearly meant only that Sloan must have told that to Bob and/or Carl – but I guessed the grand jury failed to ask Sloan about it.

In 1974, after Nixon resigned in disgrace, a majority of Americans thought new President Gerald Ford should never have pardoned Nixon without even insisting that Nixon admit his cover-up crimes. Bob and Carl felt that way; I did too. But years later, Bob and Carl came to believe Ford was right in pardoning Nixon so America had to move on and not be consumed by coverage of a Nixon trial and potential imprisonment.

I always felt it was essential that all future presidents understand that a president who commits crimes against our democracy will never be above the law — and will go to jail if convicted. I believe the specter of seeing ex-POTUS Nixon convicted and jailed, even for just a few symbolic days, may well have been the one thing then-POTUS Trump would have dreaded even more than having to admit his reelection defeat in 2020.

A Nixon punishment that truly fit Nixon’s 1970s crimes against our democracy may have made Jan. 6, 2021, just another forgettable date on our calendars.