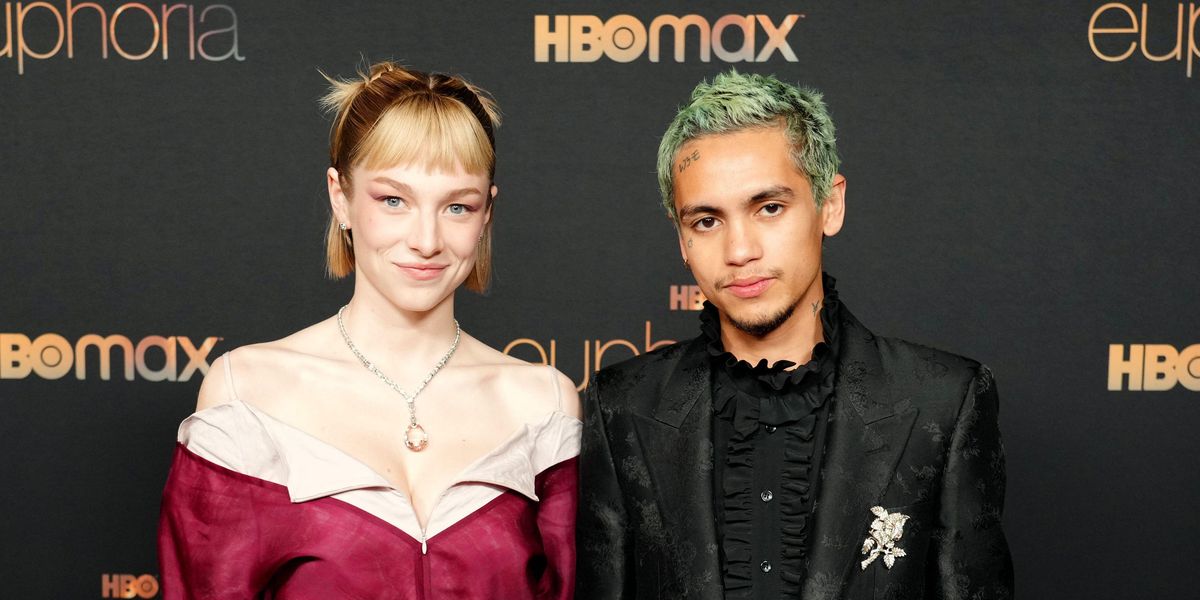 Hunter Schafer and Dominic Fike may be more than just castmates.

On Sunday, the Euphoria co-stars got tongues wagging after grabbing dinner at The Nice Guy in West Hollywood, where they were spotted holding hands on their way out.

However, fans weren’t completely surprised, seeing as how speculation of a potential romance had already been circulating on social media for the past few weeks. According to Deux Moi, an alleged eyewitness saw Schafer backstage at recent show where Fike was performing. Meanwhile, a separate fan claimed the two were kissing and dancing during another outing at The Nice Guy with fellow Euphoria stars Alexa Demie and Jacob Elordi, as well as Anwar and Bella Hadid.

Interestingly, these rumors come right on the heels of the premiere of Euphoria season two, where Schafer’s character, Jules, is quickly getting caught up in a messy love triangle between girlfriend Rue (Zendaya) and Elliot, played by Fike.

Neither Schafer nor Fike have commented on the rumors.