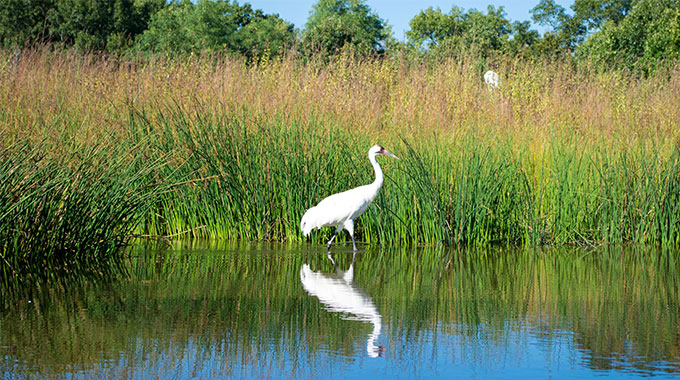 Fairness Moyana in Hwange
COMMUNITIES in Hwange District have started embracing the preservation of wetlands as part of efforts to adapt to climate change.

Communities in Kachechete and Jambezi wards on Thursday joined hands with Green Shango Trust to celebrate World Wetlands Day with calls for their preservation. Villagers said the wetlands served as a vital source of water in areas that were facing erratic rainfall.

“This wetland which we call Kwarara has been assisting us with water as we have a challenge of water in this area. We have one borehole serving several people and that tends to put pressure on the system.

So this wetland has not only been providing water for our use but also our livestock which have to get water some 15 kilometres away in Matetsi. We have a well that have been providing our water. We realise that because of climate change there’s need to preserve such life sustaining things,” said Mr Kenneth Mhere from Kwarara village in Jambezi ward.

Meanwhile, villagers in Kachechete ward appealed to the Government to assist them towards erecting a fence around part of Lukunguni wetland to protect it from animals.

“We appeal to authorities to assist us in protecting our wetland which has been instrumental during the dry seasons. Our animals have been able to get water and grass from the wetland during the dry season, however, we realise that failure to control movement has been contributing towards its degradation. We have since submitted our request in the form of a project proposal to EMA,” said Mr Frank Sibanda.

“We are proud to be partnering with these communities in advocating for environmental protection particularly wetlands. We have also donated 15 trees to each of the two wards, Jambezi and Kachechete. As a youth driven organization our approach towards environmental issues is ensuring that future generations benefit from our environment hence the importance of taking great care,” he said.