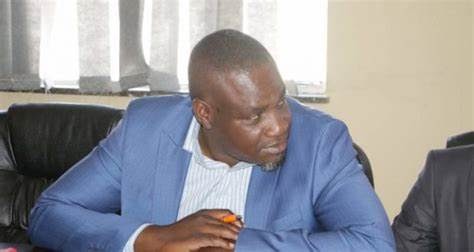 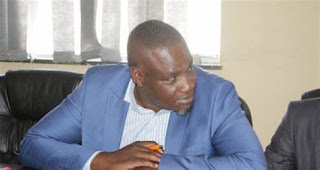 The team which comprised of Secretary for Local Government
Jacob Mafume, Secretary for Rural Mobilisation and Strategy Happymore ‘Bvondo’
Chidziva, local leadership including provincial chairperson Misheck Marava,
provincial secretary for elections Godfrey Madzikanda among others was on a
mission to allegedly force Thokozile Muchuchuti to withdraw her candidature
from ZEC after the party fielded two candidates in the same ward.

The team reportedly met at former ward five and by-election
candidate Daniel Mberikunashe’s place at around 1600hours and the meeting ended
around 1800hours.

Sources who spoke to TellZim News said the leadership tried
to convince Muchuchuti to step down paving way for their favourite Aleck Tabe
but she refused to be cowed down saying she could not step down for the second
time.

“We thought they have come to do primaries and ask the
loser to withdraw but instead, they simply wanted to force Muchuchuti to
withdraw. They are just doing it because she is a woman and are not considering
that she is the sole female candidate in the four wards up for by-elections in
the constituency,” said the source.

In 2018 she won primary elections ahead of the preferred candidate
Godfrey Kurauone who went on to take the ward after it was declared to be a
reserve for the youth.

This time around she had an upper hand but Tabe was
handpicked to contest against her and they refused to do primary elections
fearing Muchuchuti’s popularity in the ward.

“Most of the top leadership preferred Tabe and wanted
Muchuchuti to step down but they failed and will now present reports to the
national leadership which will make a decision on the matter,” said a source.

“Muchuchuti has the support of vice president Kore and
Gumbi among others. Gumbi has the financial muscle and is the one financing her
campaign. On the other hand, Tabe has Hwende, Chimbiri, Bvondo and Kurauone in
his corner that is why he is also defiant,” said the source.

Other sources said they asked her to step down promising
her the provincial chairlady post.

Marava and Charamba could not be reached for comments as
their mobile phones were not getting through.

Hwende was also not picking up his phone and did not
respond to WhatsApp messages.

Muchuchuti however vowed not to withdraw her candidature
saying she had endured enough since 2018 and the electorate and her campaign
team are urging her not to succumb to the pressure.

“They promised me the provincial chairlady post because
there is no one on that post. Also they said at next elections they will
appoint me number one provincial councillor.

“I refused to step down because my campaign team has asked
me not to withdraw. The electorate needs me so I cannot betray their trust. We
have already made flyers, so we are going ahead as planned,” said Muchuchuti.

A number of ward four people who spoke to TellZim News
vowed to continue supporting her saying they do not know why the top leadership
is anti-women.

“Why are they always asking her to step down when she wins
the primaries? They should give those powerful posts they are promising her to
the people she defeated. We want her to be our councillor and nothing else,”
said one of the residents.

Kurauone is the one influencing the national leadership to
support Tabe and last time they also promised her the same but nothing
materialised,” said one resident.

The fiasco started on January 26 when the national
leadership signed both candidates’ papers for nomination and both sailed
through.

It is alleged that some people aligned to Tabe attacked
Muchuchuti and took her handbag which contained papers for nomination, and she
is reported to have sustained some injuries. TellZimNews