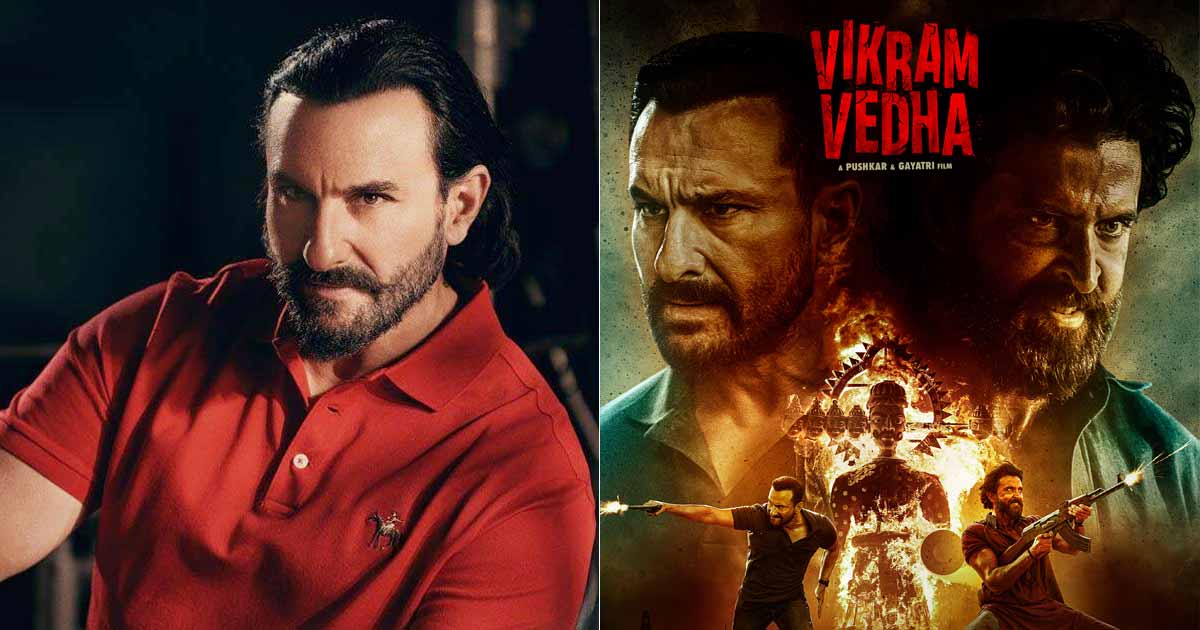 The myth has been broken that remakes in Bollywood won’t work from hereon as Drishyam 2 is enjoying a smashing box office run. It brings Hrithik Roshan and Saif Ali Khan’s Vikram Vedha into question why it didn’t work despite being a good film. Now, Saif has broken his silence about the failure of his film and below is all you need to know.

Released on 30th September, Vikram Vedha is an official remake of the 2017 Tamil thriller by the same name. The original one stars R Madhavan and Vijay Sethupathi in key roles, which are reprised by Saif and Hrithik respectively in the Hindi remake. Upon its release, the film fetched positive reviews from critics and the audience alike. However, the end result wasn’t satisfying and the film failed to even hit the 90 crore mark in India.

Talking to CNBC-TV18, Saif Ali Khan addressed the failure of Vikram Vedha. He said, “The reason we should be very polite to each other is because nobody has any clue of what works and doesn’t work.” He further spoke about the majority of Bollywood films not working well at the box office. “I have no idea but something is happening. People will continue to make movies. Prices will keep fluctuating because our pricing, some of it, is insane. We pay people astronomically and the returns have been not good,” Saif added.

Meanwhile, Vikram Vedha came closer to the 80 crore mark at the Indian box office, which makes it a commercial failure as the budget is really high. Overseas, the film has done good business.

Must Read: Ananya Panday Gets Massively Trolled For Flaunting Her Teeth In An All-Smile Selfie, Netizens Says “Chee Toothpaste To Kar Lete…”