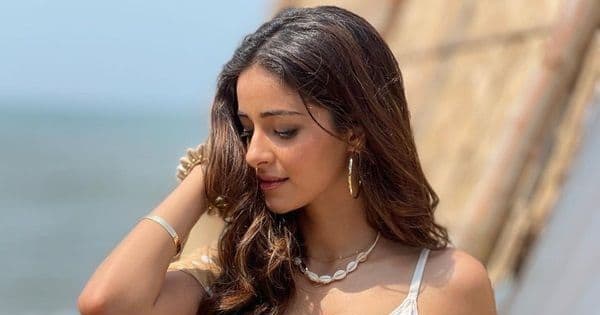 Ananya Panday is no stranger to trolls. Chunky Panday’s daughter often gets pulled up by netizens, be it for her comments or acting capabilities or her appearances. She is currently busy promoting her upcoming film Liger with Vijay Deverakonda. During her media interaction, Ananya admitted to getting affected by online trolling. She said that she wants to people to like her as an actor. Also Read – Trending South News Today: Vijay Deverakonda’s love confession, Ranbir Kapoor promotes Brahmastra in Chennai with Nagarjuna, SS Rajamouli and more

When Ananya was asked if trolls take a toll on her, she told India Today, “I think it depends on the day. Obviously, on some days, I get very affected. And then some days, I’m not bothered. And that’s normal, that’s a human reaction that you would have. I’ve just realized that there’s nothing better than to just keep working hard and making sure that my work speaks for itself. But it’s okay. I’m in no rush. I just want to prove myself and I want people to like me as an actor.” Also Read – Liger POLL Results: Does Vijay Deverakonda and Ananya Panday’s Aafat promote rape culture? Audience Verdict Out

Meanwhile, Liger has been facing boycott calls from netizens after Vijay Deverakonda supported Aamir Khan against the hateful trend on social media. However, Vijay isn’t affected by the negativity and said that he trusts God and has his mother’s blessings. He also said that if the film flops, he won’t take it to his heart. Also Read – Liger box office collection day 1 prediction: Telugu version of Vijay Deverakonda-Ananya Panday to earn THIS amount [Exclusive]

Liger is the story of a boy and his mother who come from a small town. This boy has big dreams for himself and his country. He is a fighter. This story connects with many Indians who come with bigger dreams and they want to make a name for themselves. Vijay relates to the script and is confident that audience will connect to the story.

Directed by Puri Jagannadh, the sports action film features Vijay Deverakonda as the titular MMA fighter boxer, along with Ananya Panday, and boxing legend Mike Tyson will be seen making a cameo in the film. It’s premiering on August 25.