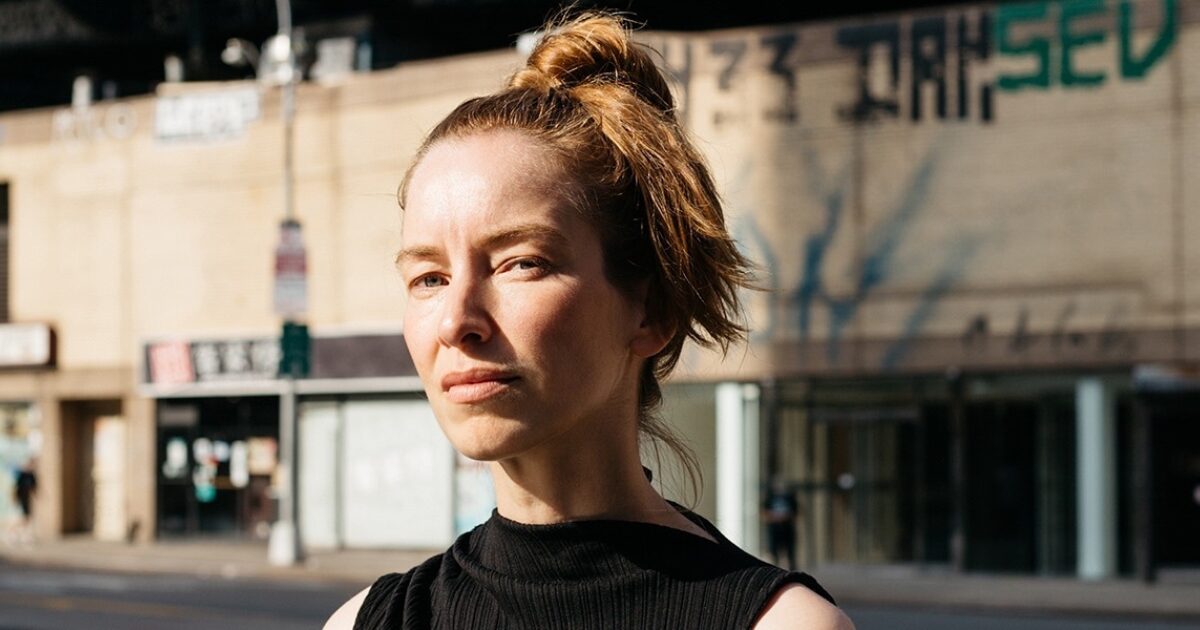 I always hoped I would wake up one day and suddenly know that I wanted to have children. Instead, I spent my 20s and most of my 30s not feeling an obvious draw toward motherhood. My main focus was on building my career: developing my skills as a branding designer, eventually starting and growing my own agency, and launching a publication on the side. I was busy getting my ideas out into the world and so grateful that I had more time to make a decision about bringing another human into it.

But as I got into my late 30s, my husband started reminding me that, if we ever wanted to have kids, we would need to get going—and indicated that he was feeling ready for that next step.

At this point, I wasn’t against having kids, but I was against the idea of taking on the traditional, inequitable gender roles and expectations of parenting. My husband is an entrepreneur as well, but he earns more than I do. The typical narrative would be that I step back from my work to raise the baby while he continues to be the breadwinner. But I love my work and couldn’t see myself being happy as a stay-at-home mom. More than that, I had a new idea for a startup that I really wanted to pursue.

I knew trying to start a company while going through pregnancy and having a newborn wasn’t the best timing, but I also knew that it never feels like the “right time” to make big steps in your career. I didn’t want to fall behind in making my dreams a reality. And I was right to worry: In one recent survey, 33% of women feel that having kids has negatively impacted their careers. But I also love my husband and wanted to create the family he saw for us.

I wasn’t against having kids, but I was against the idea of taking on the traditional, inequitable gender roles and expectations of parenting.

Spoiler alert: We did have a baby and—not to be cliché—I have been blown away by just how rewarding motherhood has been for me. But I also launched my company a month before the baby was born and continue to invest in fulfilling work.

My husband and I did some serious planning before having our kid and have continued collaborating since to make sure we have a truly equitable setup where we can both succeed as parents and professionals. Here’s how we negotiated to raise a family together without either of us sacrificing our careers.

Before we decided to have kids, my husband and I spent a lot of time discussing the work it was going to add to our lives and getting tactical about how we would divvy that up: The baby wakes up multiple times a night—who’s going to get up? Each feeding takes an hour—who’s going to do that? The baby needs us during the day and we’re both focused on our work—how will we decide who handles it?

We also started paying a lot more attention to the families around us, using them as models (or, in a lot of cases, anti-models) for how we would parent together. I remember saying, “This is something that I see in other relationships that would not work for me,” on the reg, whether it was that I only saw women with their kids at the park during the day or that it was mostly women headed in and out the pediatrician’s office.

We also started paying a lot more attention to the families around us, using them as models (or, in a lot of cases, anti-models) for how we would parent together.

Part of why I wanted to go through this exercise was because I think, in general, men discuss parenting less than women, and so men have less of an idea exactly how much work it entails day to day. I wanted to level-set with what I understood to be the realities of the workload (though even I vastly underestimated exactly how much time and energy it would take). I was constantly reminding my husband about the ways our lives would change with a kid just to make sure it was sinking in. I figured, if he gets annoyed with me bringing it up, how would he handle it when a baby was actually there needing something?

But more than that, I wanted to make sure we would be able to approach these negotiations from a place of valuing both of our time and work equally. In our life before having kids, my husband was great about doing his share of things around the house, so I could have just assumed the same would be true when approaching childcare. But I knew from watching my friends start families—and then from reading the data—that this doesn’t always end up being the case. One study found that, among double-earning couples of different sexes who split housework equally before having kids, parenthood added 21 hours to the woman’s housework and childcare load, and only 10 hours to the man’s—while both parents continued working full-time. These conversations helped me feel more confident that we were on the same page about what a true 50-50 split would look like.

We discussed ahead of time what support we’d need to succeed.

In addition to talking about the baby’s needs, we talked about our personal and professional goals and how we would ensure we met them. My husband didn’t want to quit his job either, so we had to figure out what our days would look like so we could both get some work done.

My husband felt that, for us, that meant getting a part-time nanny. I was originally opposed to the idea because that’s not something I grew up around, but he made the case for how it would help both of us continue to do our work, showed how we would afford it, and even took on the lion’s share of the work of finding great caregivers to watch our kid. For other families with two parents who want to keep working, that might mean exploring daycares or discussing childcare options with friends or family long before you make the final decision.

If I had felt even the slightest notion of my husband not being a truly equitable partner who values my time and work as much as his, we wouldn’t have a kid now.

We also discussed how we would show up for each other and for our kid. I knew I would be hustling and working more than eight-hour workdays to get my company off the ground, but we agreed on a time each evening where we would both put our devices away for an hour and spend quality time as a whole family. That helps me focus on my work when I’m working, knowing that I’ll have time to be present as a mom later.

Some women worry that things won’t play out in reality like they do during these hypotheticals, that men won’t actually make the necessary sacrifices to keep things fair and champion both partners’ careers. Frankly, I don’t think that’s the case if you have sincere conversations beforehand and listen to your gut to see if there are any doubts left. If I had felt even the slightest notion of my husband not being a truly equitable partner who values my time and work as much as his, we wouldn’t have a kid now.

We agreed to be frank with feedback as we go.

Of course, the best-laid plans don’t always play out as we’d hoped in reality. My husband and I have to regularly check in and adjust to ensure we’re both feeling supported in all aspects of our lives.

Before having our baby, we agreed on in-the-moment language for dealing when someone feels like they’re doing too much. We simply ask the other person to take on a task: Can you do this round of feeding? Do you mind playing with the baby for half an hour so I can rest? Would you tidy up the kitchen while I change this diaper? A request like this is a clear indication we don’t feel the work is split 50-50. No hard feelings, and we adjust. We also take time to drink our coffee together every morning and talk about life, which gives us a chance to check in on a high level.

I don’t feel like my life has changed any more drastically than my husband’s.

Finally, even though we both have domains and tasks we’re roughly in charge of (for instance, I usually handle laundry, and my husband is in charge of keeping the kitchen clean), we’ve both agreed to always be picking up slack when we see it. This helps us avoid the need to constantly ask for extra support, reducing the risk that we’ll quietly start to resent the other person for not doing enough. Even when we’re not perfect, actively seeing each other trying is worth so much.

Inevitably, things still changed. It’s unrealistic to expect that a kid will have no impact on your life or career. But thanks to our open communication and careful planning, I don’t feel like my life has changed any more drastically than my husband’s. We’re able to truly support each other through this wild ride so we can both continue building our careers while watching this little life grow.

Saskia Ketz is the founder of Mojomox, an online logo builder that allows startups and creators on tight budgets to create dynamic, professional-looking brand identities. Saskia also runs MMarch NY, a branding agency that’s worked with world-class brands like Netflix, Ikea, and Timberland. She’s also the founder and editor-in-chief of A Women’s Thing, a publication reshaping what society’s views of “women’s things” are, and is passionate about helping women see new possibilities for themselves.