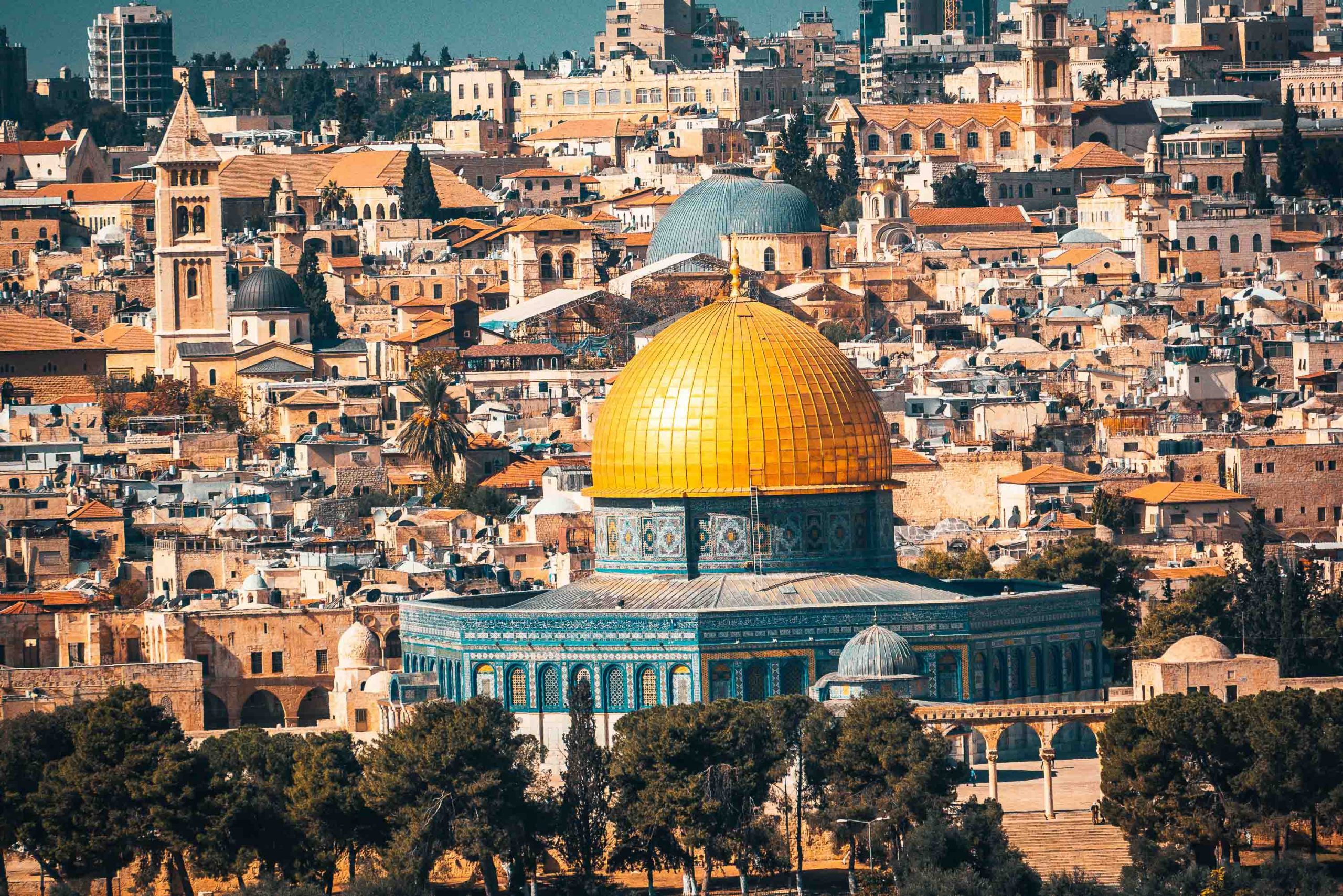 Documentary-maker and journalist Matthew Teller has been visiting Jerusalem since he was 11 years old. Subsequent visits would draw him closer and closer inside those city walls, and a growing sense that the Old City had ‘got under his skin’.

Through a series of interviews and encounters, while drawing on millennia of historical events, Teller sought to gain a better understanding of an often-misunderstood city: A city that frequently appears in news headlines, that inspires pilgrims to make once-in-a-lifetime trips, and that’s shaped by colonialism. He realized the ‘Four Quarters’, Jewish, Christian, Muslim and Armenian—which appear on almost every map of Jerusalem—are little more than lines drawn on an 19th-century map. It was time to challenge the cartography of a complex, layered and ever-evolving city.

We spoke to Matthew Teller about his new book, Nine Quarters of Jerusalem, the importance of perspectives, and his own relationship to the Holy City.

Meera Dattani: With a book about a region that sparks so many conversations, were you nervous about its reception?

Matthew Teller: It’s been a liberation writing this book. But I’d written what I wanted to write, that it was good, and I didn’t care what anybody said! The enthusiastic reviews are great, of course, but what’s been particularly nice is positive feedback from people in Jerusalem, particularly from Palestinians. I was told I’d have difficulties publishing this as a Jewish person, but I haven’t felt that.

I was prepared for criticism that the book wasn’t ‘balanced’, but that’s fine because there’s an imbalance in Jerusalem. There’s neither equity nor equality there, and I didn’t set out to cover this side and that side equally. I wanted to be truthful, and in Jerusalem, the truth is enraging. If you’re writing a book about Jerusalem that isn’t angry, you’re probably not understanding what you’re seeing.