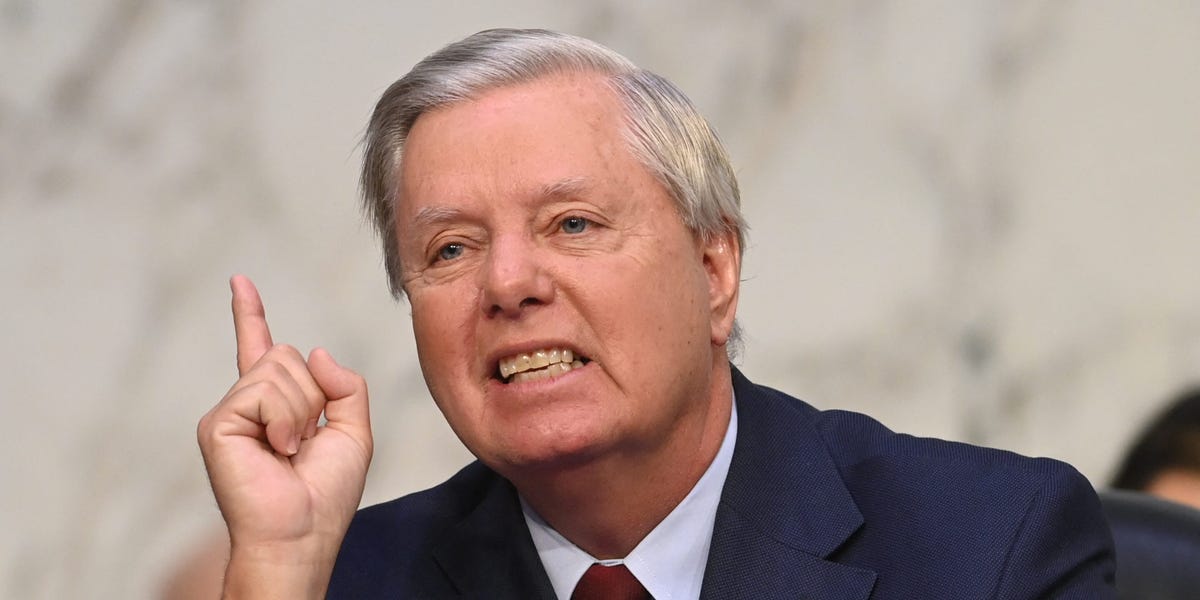 Sen. Lindsey Graham commented on House Speaker Nancy Pelosi’s visit to Taiwan on Wednesday, saying he was “hard on China before it was cool.”

Graham made the remarks during an appearance on the Fox News program “Jesse Watters Primetime.”

The senator said he believed Pelosi is currently experiencing how being hard on China can boost one’s popularity, adding that “every American just about hates China’s guts” because of the COVID-19 pandemic.

“They ruined our life for a couple of years. COVID’s just disrupted American life big-time,” Graham said, referencing theories regarding the coronavirus originating from a wet market or biological lab in China’s Wuhan city.

“So it’s very fashionable right now to be hard on China. I can say this: I was hard on China before it was cool,” Graham quipped.

“I’m glad she went,” he said. “We can’t let China tell us where to go and what to do, so the idea of her going to visit Taiwan is a good thing, in my view, because the Chinese Communist Party is no friend of freedom of democracy.”

Graham has been vocal about his views on China but was not among the 25 Senate Republicans who issued a statement supporting the Speaker’s trip to Taiwan.

However, the South Carolina senator visited Taiwan in April, leading a delegation of six US lawmakers in defiance of threats from China.

In response to Graham’s visit, the Chinese government issued a strong statement, demanding that the US “immediately stop all forms of official interactions with Taiwan and avoid sending wrong signals to the ‘Taiwan independence’ separatist forces.”

Pelosi arrived in Taiwan on Tuesday after taking a roundabout route from Malaysia to avoid flying over the hotly-contested South China Sea. She is the highest-ranking lawmaker to have visited Taiwan in 25 years and did so despite threats of military action from China.

On Wednesday morning, local time, she met with Taiwanese President Tsai Ing-wen, during which she reaffirmed the US’ “unwavering commitment” to supporting democracy in Taiwan.